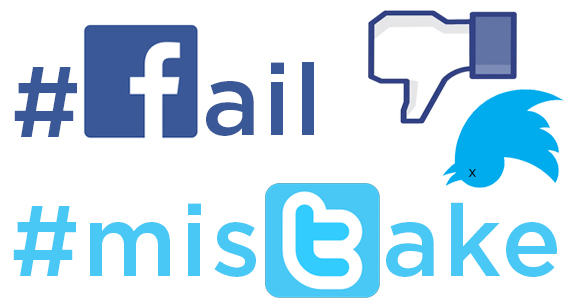 Common Mistakes to Avoid on Twitter. Used correctly, Twitter can be a great tool for getting your brand recognised, building a community, connecting with influencers and, of course, showing off your business personality and products/services.

The key word in the above paragraph is “correctly”. There are still plenty of people making common Twitter mistakes, and we’re hoping this article will help. If you’ve made some of these faux pas yourself, don’t worry – just pick yourself up, keep following @FusionMediaEU, learn from our tips and advice and keep on tweeting!

1) Not filling in your profile correctly

It might seem pretty basic, but there are still lots of Twitter accounts with no profile information and – maybe worse – no picture. Nothing turns an established Tweeter off faster than one of those little egg icons appearing. Please, please, give the Twitterverse some information and reason to follow you. Fill in your bio, make it as engaging as you can, and ALWAYS, ALWAYS upload a picture. Some businesses prefer to upload a logo which is fine if it is a large organisation, but remember that people buy people.

Some tweeters still harp on about Twitter etiquette and the politeness of following everyone back. By following everyone who follows you, you’ll simply end up with a timeline full of people you’re not interested in, and what use is that? Follow accounts you are genuinely interested in and want to engage with – not just because they followed you. That way, you’ll create a timeline that’s relevant to you and your business… not only will you probably find tweets you’ll want to share with your own audience, but you’ll also find your own Twitter experience much more enjoyable.

3) Putting someone’s @username at the beginning of a tweet

This is one of those Twitter mistakes lots of people still don’t know about. If you’ve ever seen someone putting a full stop before an @ sign, it’s because they’re in the know, not because they’ve made a typo.

If you begin a tweet with @FusionMediaEU for example, it won’t appear in the worldwide timeline – it will just go to us. Sure, it will still appear in your tweetlog, but unless you have really dedicated ‘stalkers’ who click into your tweets from your profile, instead of just watching their timeline, it won’t be seen.

Why is this important? Imagine someone really influential tweets you – maybe to praise your service, or to congratulate you on a brilliant blog post. Fantastic! Well done you. When this happens, you might be tempted to hit reply and send something like “@FusionMediaEU– thanks so much for the tweet. We’re so happy you enjoyed our blog.”

Here’s the problem. You probably want all your Twitter followers (and, indeed, the entire Twitterverse) to know said influencer has noticed you. Starting your reply with their @name means you’re effectively stopping everyone from seeing that this superstar of Twitter has noticed you.

A few simple amendments would allow the world and his wife (providing they’re on Twitter) to see your momentous interaction. You could either put a little full stop BEFORE the @name, or switch it around to something like “Thanks so much for the tweet @FusionMediaEU. We’re so happy you enjoyed our blog.”

4) Sending out tweets that are too long

We have 140 characters for a tweet. Does that mean we have to use the full 140 allocation? Believe it or not, tweets that are even shorter than that are statistically more likely to be retweeted, so try to keep your tweets to 100-120 characters to fall within the top RT bracket. And never, ever, use a service that allows you to send out an über-long tweet with a link pointing to the rest of it. People use Twitter because they like quick snapshots of information, not because they want to read an essay.

5) Tweeting when your followers are offline

Twitter’s not like Facebook. Your tweets won’t just hang there, waiting for people to see them. Depending on how many accounts someone’s following, tweetstreams tend to move pretty swiftly, so if your followers aren’t online when you tweet, they’ll probably miss your finely crafted words.

Be sensible… think about peak times for tweeting; you might be a nightowl, but if you’re tweeting after your followers have hit the hay, you’re probably wasting your time. You’ll find plenty of stats online to say the best times to tweet are noon and 6pm, but there are also apps out there to tell you specifically when YOUR followers are online. When we decide to tweet on behalf of any of our clients, we always keep an eye on their analytics to see when the most popular time of their audience is online – each account is different, so you will need to have a look for yourself.

6) Being a broadcast bore

You’ve heard the term SOCIAL media, right? It’s for engaging with people, not pushing your products at them. People tend to buy from organisations they like and trust, and Twitter is a powerful tool to build that kind of credibility.

Nobody likes to be sold at, so steer clear of using #Buythisproduct style tweets. Don’t hard sell. Don’t broadcast. Engage!

7) Using tweetbots and autoresponders too much

This is one of our biggest pet hates when it comes to social media. Unfortunately, we seem to be in the minority here, with most of the PR ‘luvvies’ and marketing ‘experts’ we see preferring to stick everything into an automatic tweet scheduling machine before heading back to the golf course. Or Angry Birds. Or the coffee shop. Or whatever else they’re doing when they should be tweeting for you. Sorry. Rant over.

Yes, there is a place for automatic and scheduled tweets… IF they’re information based. BUT, you should also always, always build in time for live tweeting. You know, actually talking to people. Remember what we said about it being SOCIAL media?

How annoyed do you get when those awful recorded messages start blaring from your phone? Automated tweets are no different. There’s nothing worse than replying to someone when they’ve tweeted something that’s grabbed your interest, only to find they’re not even online and their tweet was created by a robot. Or just ported across from Facebook. *Unfollow*

Be real. Be authentic. Be ON TWITTER. If you do want to schedule some tweets, make sure you check in regularly for responses AND respond to them. Don’t inadvertently build yourself a poor reputation by never actually being present when you say you are!

Why should a business care about social media? 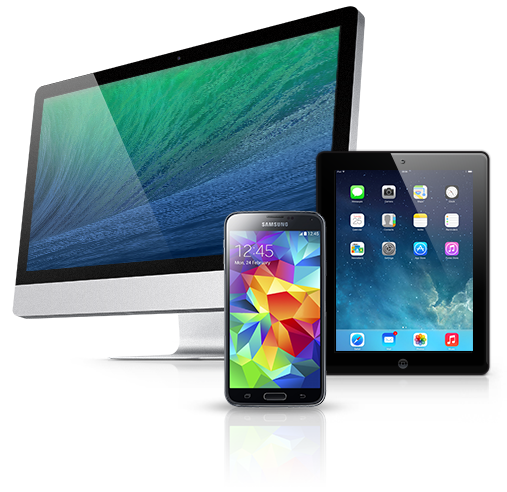 How technology has changed PR agencies

What does Twitter’s 280-character limit mean for marketers?