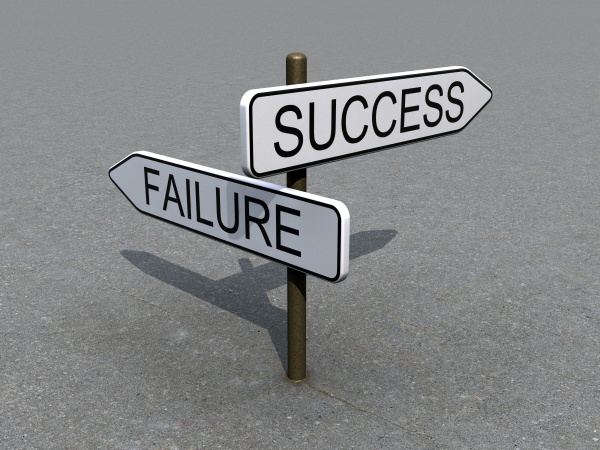 In today’s marketing world the consumer is exposed to more advertisements than ever before, and although brands can spend millions of pounds on prime time commercial slots vying for consumers’ attention amongst a barrage of competitor adverts, it can be hard to stand out from the crowd.

This can lead to a whole host of ‘what seemed like wise ideas at the time’ leaving marketers and agencies alike red-faced when it all backfires and their marketing efforts have gone horribly wrong, or even worse, are banned!

Even the big brands can, and do, get it wrong! whether it be a basic oversight, pushing the ethical boundaries or just simply being distasteful! Here are some of the most famous branding mishaps.

From the Provocative to the Down Right Outrageous

Not a brand to shy away from controversy (most notably with the marketing ambush attempt at the London Olympics with their “Sponsors of largest athletics event in London”) they have been at it again. More than once in actual fact, and this time resulting in a TV commercial being banned in four days – “surely some kind of record” the brand self boasted.

The video features Paddy Power responding to a Facebook  post saying “hope the chavs don’t ruin Ascot like they did Cheltenham”. The ad shows a hitman taking out so called ‘chavs’ good old veterinary style with the help of a tranquiliser gun and then ending with a shot of a middle class lady standing on one of them to get a better perch!

You would think they would have learned from their blind football advert back in 2010, which involved kicking a cat out of the pitch, resulting in the ad being the most complained about commercial of the year according to Advertising Standards Authority (ASA).

Tiddles the Cat Advert – the most complained about advert in 2010

Securing the hat trick of offences they have recently had another banned advert, this time featuring transgender women at the races, self-proclaimed as ‘beauties’, which inevitably caused outrage amongst transgender communities.

Transgender Women at the Horse Races

You could argue that a brand that causes this much controversy are actively looking for it, but ultimately due to the barrage of negative publicity it has to go down as getting it wrong!

Renault – too much Va Va Voom?

From a controversial brand to one that is not normally known for pushing the boundaries, Renault has added too much ‘voom’ to its latest advert, which saw the advert banned by ASA for being too racy – no pun intended. The advert featured scantily clad women in seductive poses and, as argued by the ASA, were paraded as ‘sexual’ objects. At the end, a billboard saying, ‘Re-ignite your Va Va Voom’, was revealed.

Given this is a car aimed at both genders, it was a poor choice of advertising that was clearly going to alienate the views of women and subsequently set up a raft of complaints into the advertising watchdog.

Too much Va Va Voom

When Brands Genuinely Get it Wrong

Although the above adverts could be considered somewhat provocative and pushing the boundaries of acceptance, there are also times when brands just genuinely get it wrong and have to hold their hands up.

One of the most straight-up brands you’ll find received a raft of negative feedback when an advert aired during prime time TV commercial slots claimed the cereal was only 114 calories, but forgot to account for the calories contained in the milk – whoops!

The ASA stated the advert prominently featured milk being poured on the cereal and considered viewers would infer that the women featured eating the cereal consumed it with milk. As a result, the ASA banned Kellogg‘s from running the ad again, stating that it should have clarified that the calories claim did not include milk and was therefore misleading.

Another high profile brand to face the ASA chopping board was Coke. Their latest ad has been banned after misleading consumers about the amount of physical activity they would need to do in order to burn off the calories. What they cleverly left unclear was that in actual fact to burn off that delicious can of Coke you actually had to do all the activities combined – crafty!

The advert was banned for being misleading which certainly took the fizz out the campaign.

You would be mistaken to think that brands only get it wrong by video. In actual fact video can be an easy one to get out of because of the lack of direct interaction. However, when you get it wrong on social media you are well and truly in for it!

During the catastrophe of hurricane Sandy that swept through the East Coast of America, Gap decided to take to Twitter and very kindly reminded people to stay safe and also decided to inform readers how they’ll be doing lots of Gap.com shopping as well – how considerate of them!

Although Gap issued a half hearted apology after the tirade of abuse aimed at this insensitive tweet, this damage was already done and perhaps this one should have been left unsaid!

McDonald’s were certainly on the receiving end of a social media snowball when the brand decided to ask consumers about their favourite McDonald’s moments via Twitter with the hashtag #McDStories.

McDonald’s had no idea what was being cooked up… Consumers high-jacked the campaign and spoke about their worst experiences at the fast-food chain instead.

Tweeters accused the burger franchise of making customers vomit, serving pig meat from gestation crates and dishing up a burger containing a finger nail, amongst plenty of horrific others.

One fierce critic went one step further and claimed he would rather eat his own diarrhoea than visit the famous Golden Arches.

This was obviously a reaction McDonald’s were not expecting and they pulled the hashtag immediately.

As you can see, brands can get it wrong for a whole host of reasons, whether it be pushing the limits of social acceptance beyond tipping point, genuinely making an honest oversight or simply not doing enough consumer research before launching campaigns.
Whatever the reasons, it can really hit a brand where it hurts and cause some serious damage, not to mention financial, and can take years to rebuild – just ask United Colours of Benetton. The art is how to deal with it and carry on.

4 ways to maintain your PR skills

Zero deposit and nothing to pay until March 2021 on Pellenc