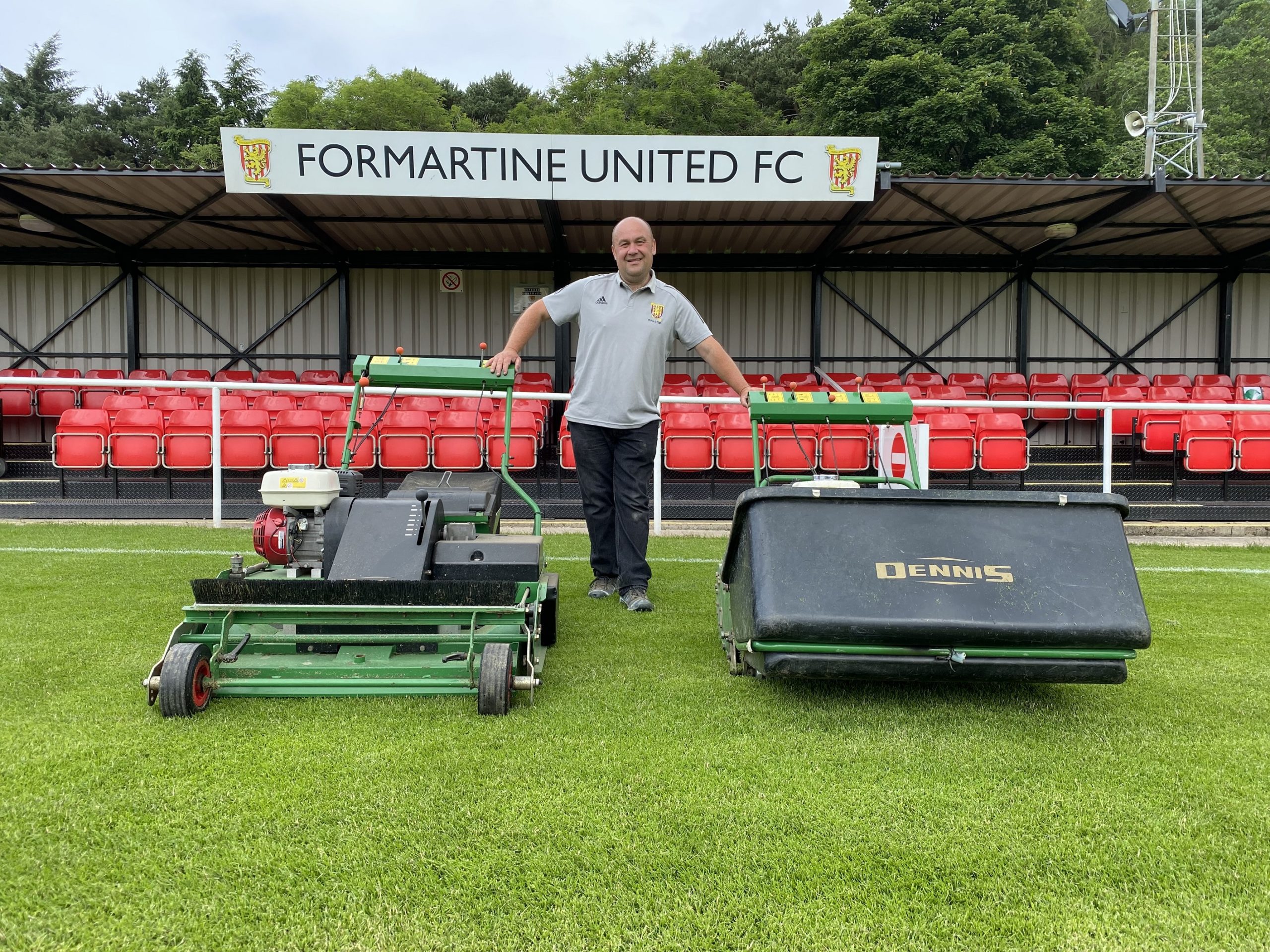 Formartine United Football Club boasts a pitch to match its ambitions thanks to an experienced groundsman and two Dennis mowers.

The club from Pitmedden, Aberdeenshire is currently playing in the Highland Football League but has its sights set higher.

“It is a success story so far, but we’re not finished yet,” said Head Groundsman Paul Fiske.

“We were in the amateurs, then progressed through to juniors and are now in the Highland League. The ambition is to reach the Scottish Professional Football Leagues and I don’t think we are far off.”

It is safe to say that Paul already knows how to prepare a pitch worthy of the professional leagues after spending 22 years as the Head Groundsman at Aberdeen FC. His work at Formartine has already been widely recognised and most recently by another Scottish Premiership team.

“We played Motherwell FC in the Scottish Cup and they were really impressed with how good the surface was – the manager and a lot of the players were saying that the pitch was as good as anything they have played on in the Premier League.”

Aside from his groundsmanship skills, Paul also believes the success of the pitch is down to Atholl Cadger, the chairman and Sandy Sinclair vice-chairman, who he says are “key to the club’s ambition” and “backs me to the hilt” when it comes to pitch maintenance.

This certainly rings true when you consider that the club has recently invested in a new Dennis PRO 34R. This innovative rotary mower is ideal for sports pitches and lawns producing the enviable ‘Dennis Stripes’ whilst a powerful vacuum flow collects debris quickly and efficiently.

Paul claims that the PRO 34R has been an absolute “gamechanger” and has saved him an incredible amount of time.

“I previously had a 26-inch rotary mower and to clean-up after a game it would take me six hours,” he said. “When I found out Dennis had brought out a 34-inch rotary I just knew that it would be ideal, plus it has the brush on the front of it as well which is brilliant.

“I would say that the PRO 34R has cut those six hours in half – and therefore it allows me more time to get on with other jobs.”

To accompany his new PRO 34R, Paul also relies on his trusty Dennis G860 cylinder mower – which he was pleased to see was already in the shed when he first arrived.

“I’d used the G860 a lot at Aberdeen FC, so I was over the moon to see that machine already here,” he said. “It is so light yet powerful and, in my opinion, is the best cylinder mower out there.”

As Paul says, the G860 is lightweight at just 166kg and it is also easy to manoeuvre and comfortable to operate. The handlebar console houses the controls for the throttle, parking brake, roller drive and cutting cylinder drive.

“We have pretty much all the cassettes which help with a wide range of tasks,” said Paul. “The Sorrel Roller cassette is fantastic to use in the winter as it helps to get some much-needed air into the surface.

“We cut to a height of somewhere between 26-28mm in the height of the summer, and then taking that up to maybe 30-32mm in winter. I’ll cut everyday with the G860 including a double cut on a Friday and then a final cut on the morning of a matchday.

“The 8-bladed cylinder provides the perfect finish,” he continued. “It is a great machine and ticks every box for the club.

“I would not hesitate to recommend both the G860 and the PRO 34R to anyone.”

SISIS Auto Rotorake needs to be seen to be believed

A message to our customers and suppliers 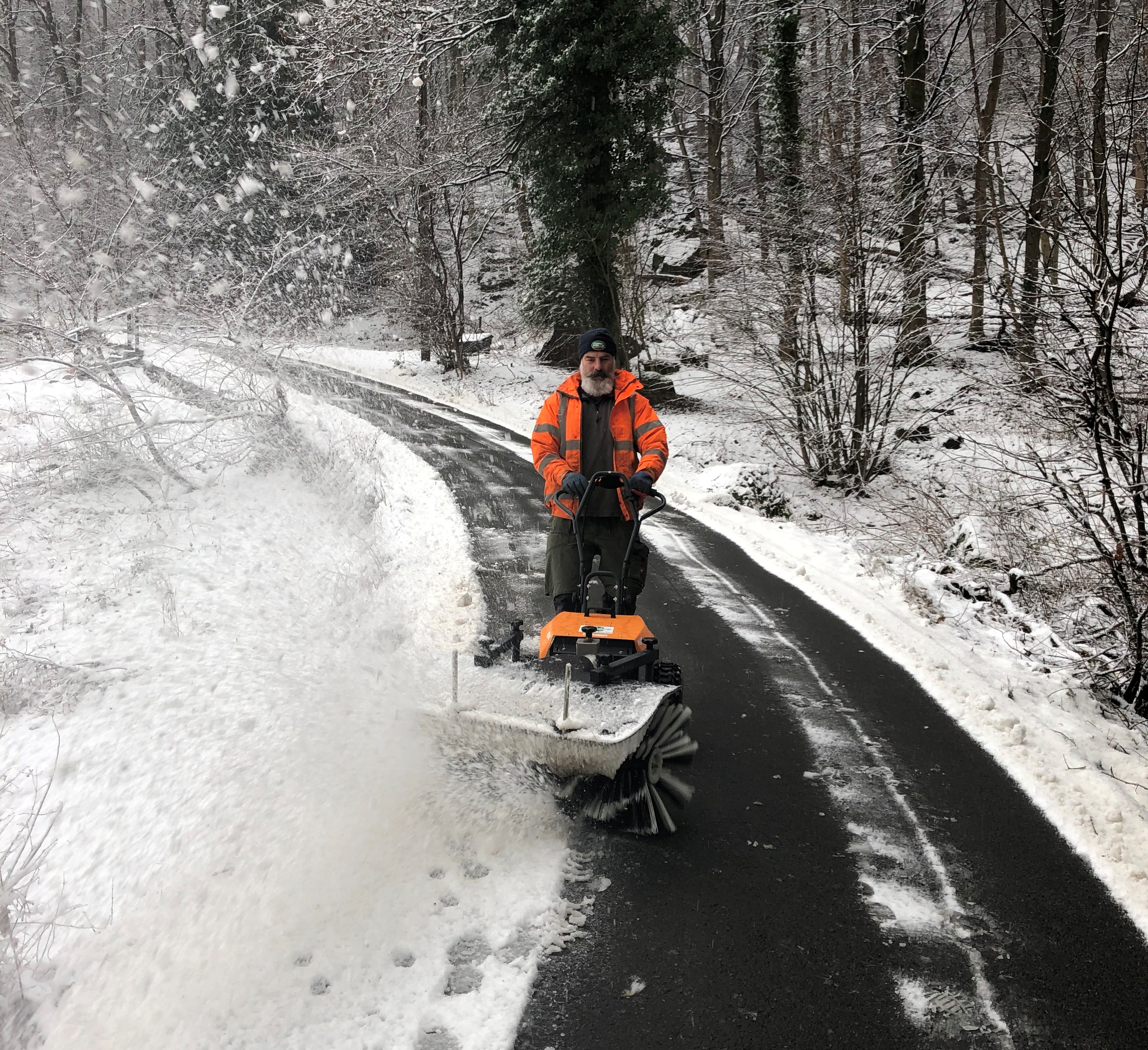 Dates for Dennis and SISIS and Bowls Scotland Seminars Announced