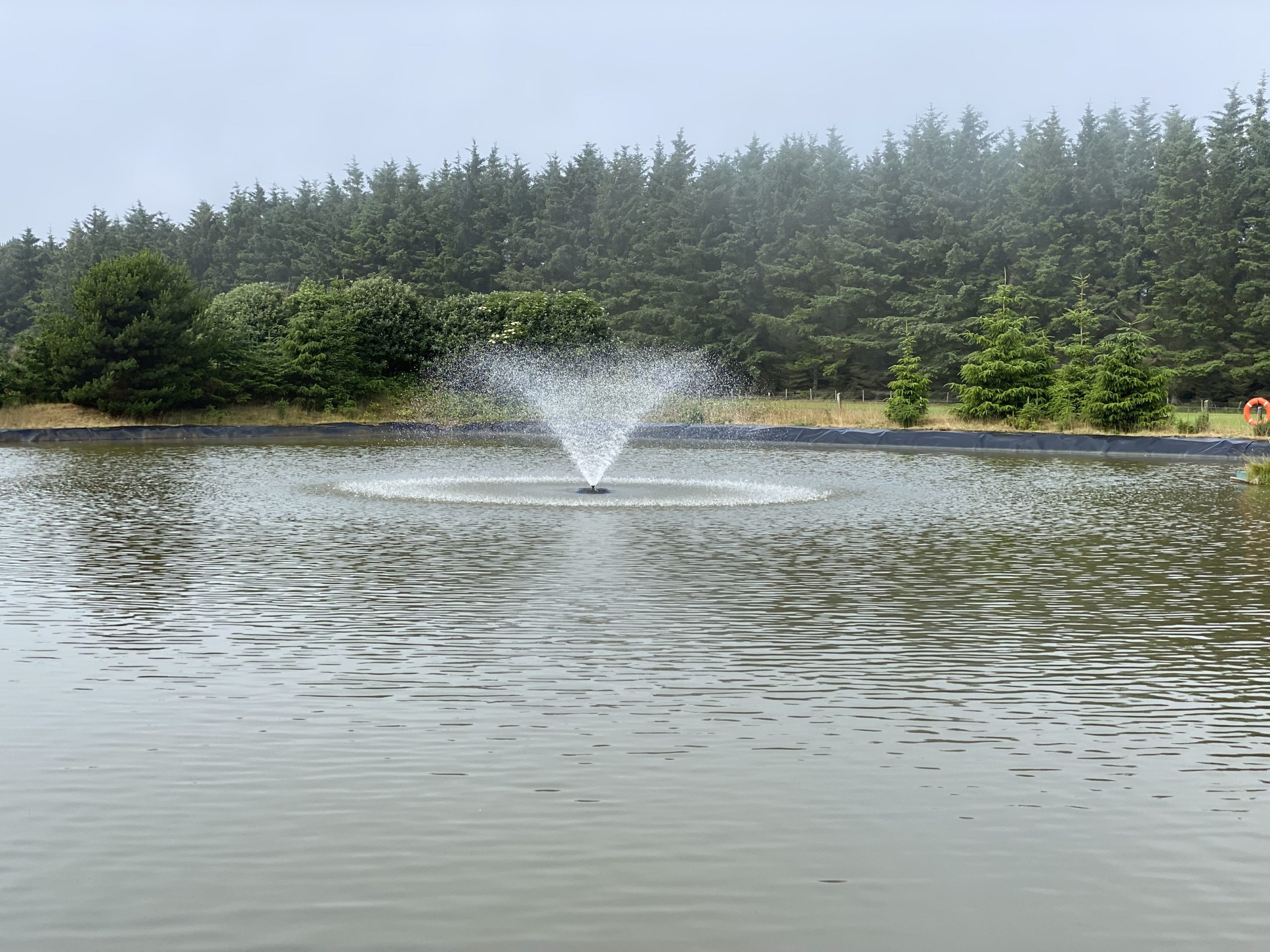 Robert Patterson, Course Manager at the Royal Aberdeen Golf Club, has explained how a Kasco decorative fountain has improved the health of the water and brought a certain elegance to a picturesque pond on the course.

Founded in 1780, Royal Aberdeen is the sixth oldest golf club in the world. For the first thirty-five years of its existence the club was known as The Society of Golfers at Aberdeen, and it was these very golfers that first introduced the five-minute limit rule on searching for golf balls.

Fast forward to 2021 and Royal Aberdeen is now regarded as not just one of the best golf courses in Scotland but also the world. It has hosted many professional tournaments including the Scottish Open & the Walker Cup and it boasts two links courses (Balgownie & Silverburn) which run alongside the North Sea offering spectacular views. Furthermore, it is renowned for having the ‘finest front 9 in golf.’

Robert admits that he sometimes has to pinch himself: “Being able to work outside and to look after one of the best courses in the world is incredible. I feel extremely fortunate,” he said.

A greenkeeper for his whole career, Robert joined from Royal Dornoch Golf Club and has been the Course Manager at Royal Aberdeen for 24 years. He now oversees a team of 11 who work hard to maintain the stunning 36 holes.

Always striving for perfection, no stone is ever left unturned, and this was certainly the case when he decided to explore the possibility of aerating a pond in a prominent position on the course.

“The pond is mainly used for irrigation water, but we also draw water out for human consumption,” he said. “There was nothing wrong with the water but in summer, with the sun beating down, there is always a risk of it going stagnant. I also felt that the water could, in the hotter weather, look a little bit discoloured at times.”

To avoid any such problems, Robert identified the Kasco J Series Decorative Fountains as the solution. Ranging from ¾ HP to 7.5 HP, there is a Kasco J Series Fountain perfect for any size pond or lake. The corrosion and clog resistant technology offer reliability that is unparalleled by any other outdoor fountain brand. All J Series Fountains come with multiple nozzles that deliver classy, elegant spray patterns.

In addition to enhancing the class and elegance of your pond or lake these fountains will improve the health of your water with increased oxygen transfer. Kasco’s outdoor fountains are designed and built to deliver reliable and efficient performance, meaning lower long-term operating costs.

The Kasco Fountain was supplied and installed by Turf Irrigation Services, and Robert hasn’t looked back since.

“We also have a lot of fish in the pond and probably about a dozen carp,” he said. “The idea behind the Kasco Fountain was to push more oxygen into the water – just to make it a bit healthier. It is good for the turf as well because we are putting on water which is of a better quality.

“It is in a prominent position, so it is nice to see the fountain when you are playing golf – the members have also commented on it being a nice feature.

“I’ve never had any problems whatsoever with the Kasco Fountain,” continued Robert. “It is doing exactly what we wanted it to do, and I simply cannot ask for more than that.”

Kasco products are distributed in the UK by KAR UK.

Etesia celebrates 30 years in the UK

Only the best will do for Woodlawn

A Mezmerising pitch thanks to Mansfield Sand
Scroll to top