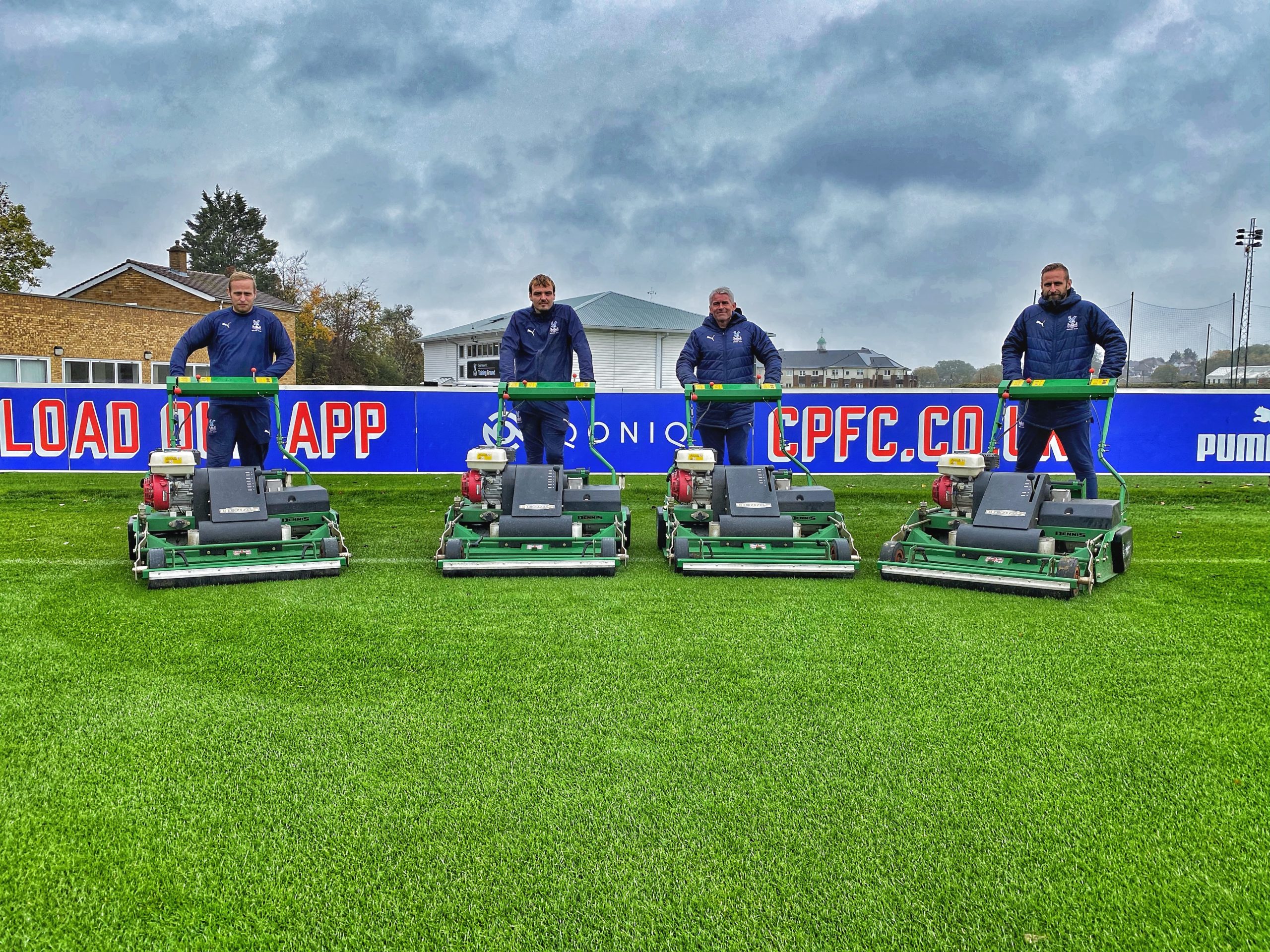 Bruce Elliot, Crystal Palace FC’s Head of Grounds and Estates, claims that his overall confidence in the Dennis brand was a major factor in the club’s decision to purchase six PRO 34R rotary mowers.

After using smaller rotary mowers for several years, Bruce decided that it was time to start exploring larger machines. The aim was to speed up the task of cleaning pitches after games and training sessions. However, his first experience of larger rotary mowers was not quite what he was expecting.

“The smaller rotaries were good but time consuming, so this was the reason we wanted larger rotaries,” said Bruce. “The Dennis rotary mowers hadn’t been launched at that moment in time, so we went with an alternative machine which unfortunately didn’t work out as we had expected.

“Therefore, when the Dennis PRO 34R’s were launched, it was something we seriously looked at because we place great trust in the reliability and the quality of the rest of the Dennis machinery. We had the confidence to just go and get the units and we purchased six – four for the first team training ground and two for Selhurst Park.”

Bruce may well have had to wait a while for the release of the PRO 34R but no stone was left unturned in its creation. Following the original prototype, the mower was refined and developed over a period of 12 months based on the input from the groundsmen who would eventually be using it.

It wasn’t long before the Dennis PRO 34R’s were performing in exactly the way Bruce wanted them to.

“With the smaller rotary mowers, we used to be able to do one pitch with four members of staff and it would take an hour. With the PRO 34R’s we can still do a pitch in an hour but only with two people – which is a huge benefit and is exactly what we wanted to achieve.

“Freeing up two members of staff, who can then tend to other tasks such as spraying, verticutting, or whatever it may be, is brilliant for us. We can either put all the staff on the rotaries and get the job done even more quickly or we can divide the workload – it’s nice to have that flexibility.”

Bruce further explained just how effective the PRO 34R’s are:

“The mowers are set to pick debris up and they do a fantastic job because the brush unit at the front flicks all the grass up as well,” he said. “In fact, I think this was part of the reason why we were so successful on the stadium pitch last season because we were constantly cleaning out the debris with the PRO 34R’s.

“They are used predominately to clean the debris up but we do use them to cut when the grass is actively growing well – the presentation from the machines is of such a high quality that I am confident to present pitches with them.

“We are now looking to buy four more for the academy ground so that would give us ten PRO 34R’s in total,” continued Bruce. “I think this shows just how confident we are in these mowers – the grounds team enjoy using them; they are robust, and they are efficient.”

Dennis and SISIS head to BTME

New SALTEX Is The Way Forward