“Technology in this industry is evolving faster and faster and electric equipment is at the forefront,” said Peter. “It is important to speak to all the manufacturers to identify any new and upcoming products. I want to be involved and am always asking to test products, so if there is something I like, I can then plan accordingly to put it into my budget.

“Dennis Mowers is a company that really listens to their customers. They then put those ideas into their machines.” 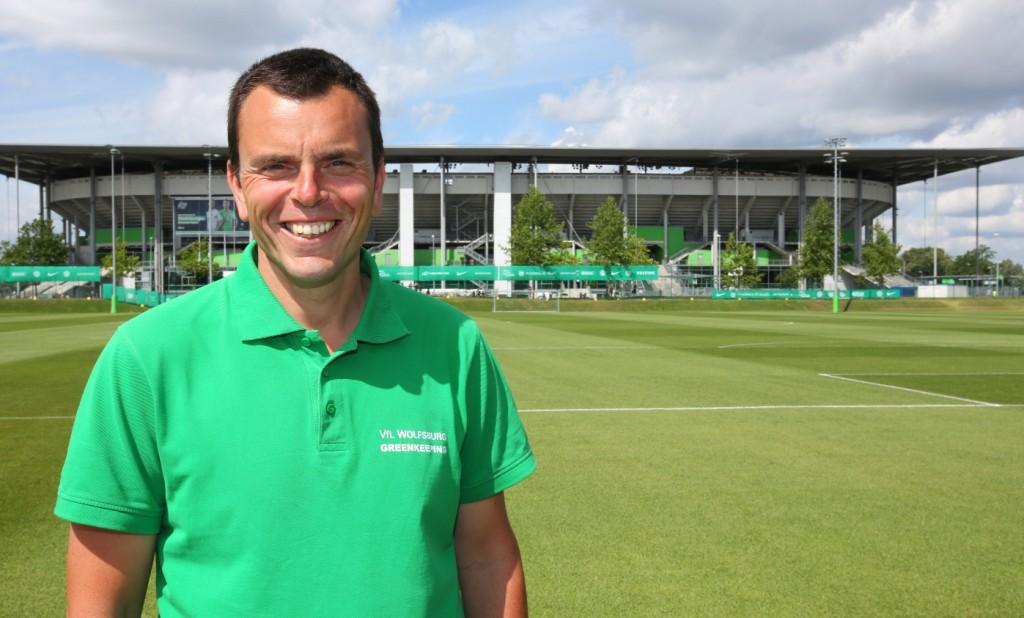 Peter, who has also been a greenkeeper and worked at TSG 1899 Hoffenheim, admitted to being excited when he first heard that Dennis was developing a range of battery-powered equipment.

Ever the perfectionist, he flew to England to find out more.

“I first got to see the ES-860 cylinder mower in action at Derby County FC,” he said. “It was great to see it working on a pitch as it gives you a better idea of how it will perform as opposed to seeing it in the factory. Dennis then brought it over to Germany and we tested it, and we knew it was going to be a great machine. We purchased two of them.”

The ES-860 is a 34” battery powered turf management system which delivers maximum versatility and the range of 13 interchangeable cassette options provide a solution to many day-to-day maintenance tasks such as cutting, scarifying, brushing and verticutting.

Furthermore, traditional G860 cassettes will also fit into the ES-860, meaning that customers will not have to purchase additional cassettes, something which Peter was impressed with.

“We did try other brands of battery-powered mowers, but I was not as happy with them as I was with the Dennis E-Series. I also really like the fact that we can use the G860 cassettes with the ES-860. I have the brush cassette, the spiker, the spring tine rake, and a couple of other cassettes, so it was a big bonus not having to purchase any new cassettes.” 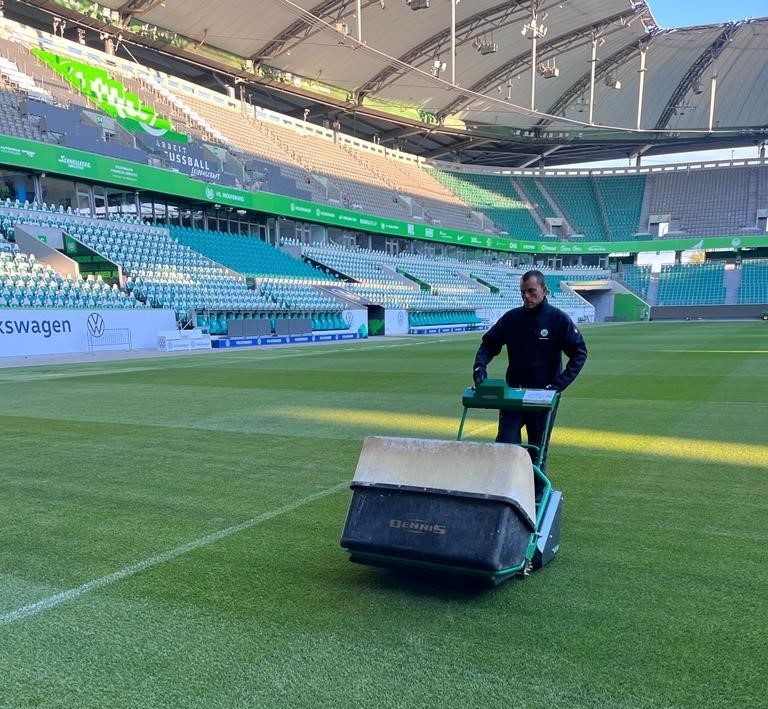 The aim with the Dennis E-Series is to help professionals meet sustainability and environmental initiatives, reduce carbon footprint emissions, running costs and noise without any range anxiety. Peter believes the ES-860 certainly ticks all the boxes.

“The battery life is incredible – they hold long enough without having to charge them regularly. In fact, we never have to worry about them running out and we can comfortably mow up to two and a half, maybe three pitches on one single charge.

“They are much better for the person using them too,” he continued. “Vibration levels are very low, and you obviously get far less noise – I often have my earphones in and can still take phone calls when using the ES-860. They have had a huge impact and every member of staff loves the ES-860’s – no one wants to use petrol mowers anymore.”

The well-respected Peter, who started his career in chemistry before turning to turf management, also praised the consistency and quality of the Dennis ES-860’s.

“With petrol mowers everyone drives at a different speed so the cuts per square metre are always different. However, with the ES-860 you can set the speed of the mower. This means that you get good consistency with everyone achieving the same number of cuts per square metre. Quality wise it is the same as a Dennis petrol cylinder mower or even better.”

Dennis G860 a game-changer for Wolves 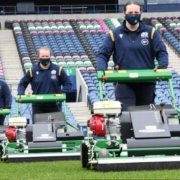 Dennis Mowers – keeping up appearances at Topsham BC