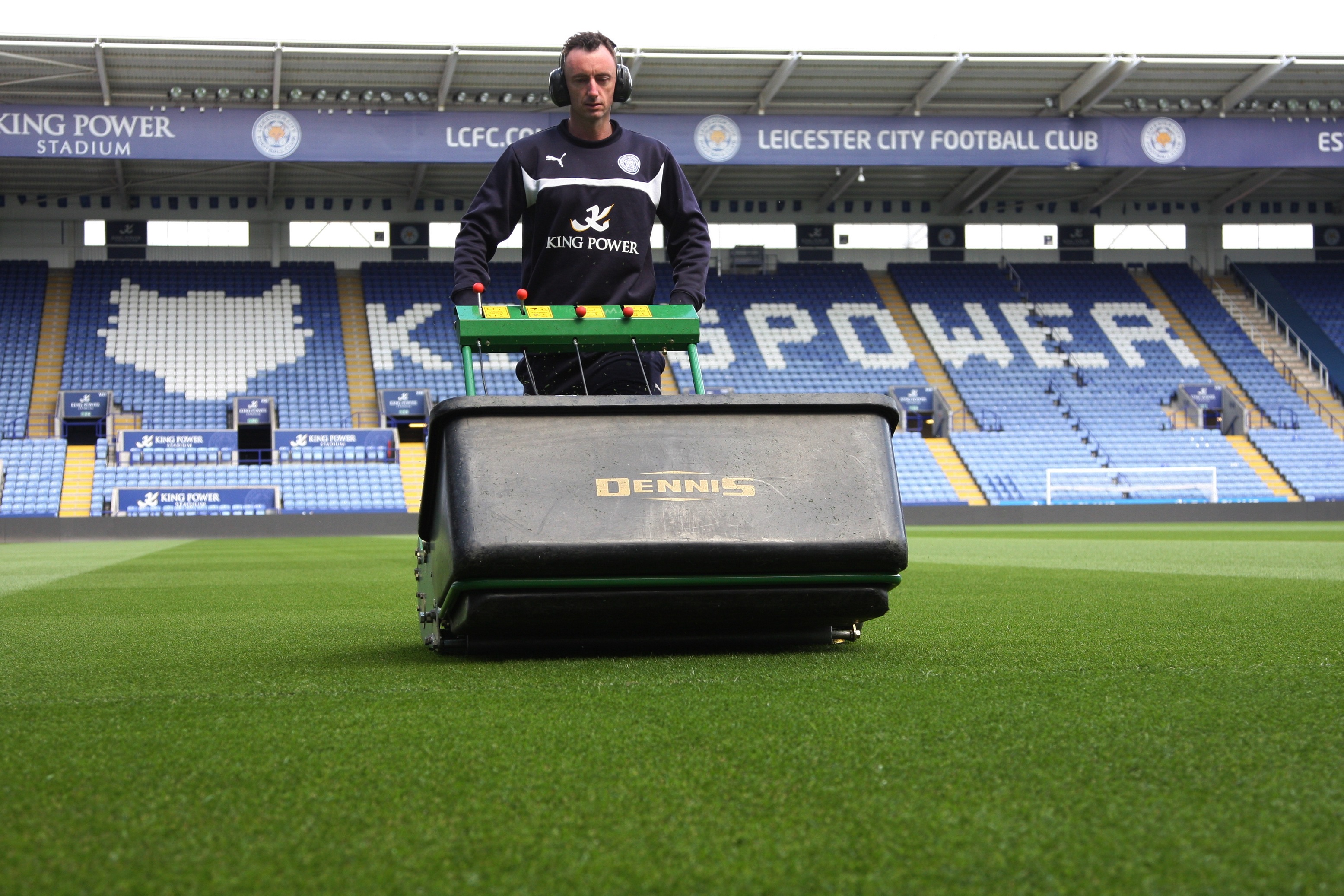 After Leicester City was promoted to the FA Premier League last season, head groundsman John Ledwidge and his team were treated to an influx of grounds machinery. As a result, John had only one company in mind and purchased seven Dennis G860 cylinder mowers.

In his first season of being appointed head groundsman for Leicester City, John achieved his childhood dream of becoming a Premier League head groundsman before the age of 30. 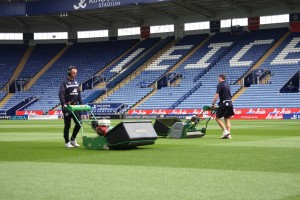 John has already had spells at Coventry City and Aston Villa, where he developed his craft, and one look at the current pitch at Leicester City’s King Power stadium tells you that John’s skillset and that of his team has been put to good use. Of course, every groundsman needs turf maintenance machinery he can trust and it is for this reason that John chooses Dennis.

“Dennis is a well-established name in the industry and I’ve used their machines for the whole of my career – I even used them when I started out as a 13 year old volunteer. They’re trusted, reliable, their back-up service is incredible and I wouldn’t pick any other pedestrian mower to use,” he said.

Promotion for Leicester City ensured that John received seven Dennis G860 professional mowers. Four G860’s are based at the club’s training ground to maintain the first team pitches while the remaining three G860’s at the King Power are relied upon to prepare the pitch for matchday.

“At the stadium we’ve got three G860’s that are mainly used for day-to-day cutting, mixed in with rotary cutting as well. They certainly give us the polish and finish for match day preparations which begin on a Wednesday. Because they are lightweight, this also helps us if the weather does turn a bit inclement in the sense that we don’t have too much weight on the pitch which is very important to me.

“Presentation is key in the Premier League, especially with an estimated 5 million people watching Match of the Day every Saturday night. Groundsmen are increasingly coming under pressure for presentation because that is what we are ultimately judged on. We get a really good stripe out of the G860 which is great for the TV cameras, but again it is important for me not to have the weight on the pitch and the G860 simply ticks all of our boxes.”

With a number of unique features and benefits, it is easy to see why the G860 ‘ticks all the boxes’ for so many groundsmen like John. The Dennis G860 has eleven quick changeover cassette options giving ultimate flexibility and a single power unit for many day-to-day maintenance tasks. It also features a large diameter front roller with an adjustable scraper which has been designed for a precise height of cut control, giving an excellent finish on every occasion.
John is particularly impressed with the G860’s interchangeable cassette system and believes that this versatility is extremely advantageous not just for Premier League groundsmen but for groundsmen at all levels.

“The G860’s best feature is the versatility of the cassette system and how easily you can change them – it turns one machine into a number of machines as opposed to it just being a mowing unit. For example, it can also verti-cut, it can brush, it can sorrel-roll; there’s just so many options to give a groundsman. If you were to go down the leagues for example that versatility could be a great asset to a club and it certainly gives us the flexibility to do lots of different operations. 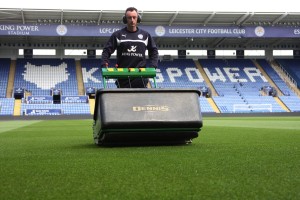 “I think the fact that Dennis machines are British built is great because you feel like you are supporting the industry and the trade that we are in. You know it’s been built at home, you know the parts are not having to come from another country and if you need them immediately they are there. This is definitely an influencing factor in our choice but overall it is the well-established name, the commitment, the service, the quality of machinery and the back-up service you get from Dennis.

“It’s a trusted name which is important to a lot of groundsmen and Dennis sets the standard in terms of innovation and creativity – to push the boundaries and give us the machines that we want.”

Dennis Razor Ultra – just too good not to have

How to be disappointed by social media
Scroll to top