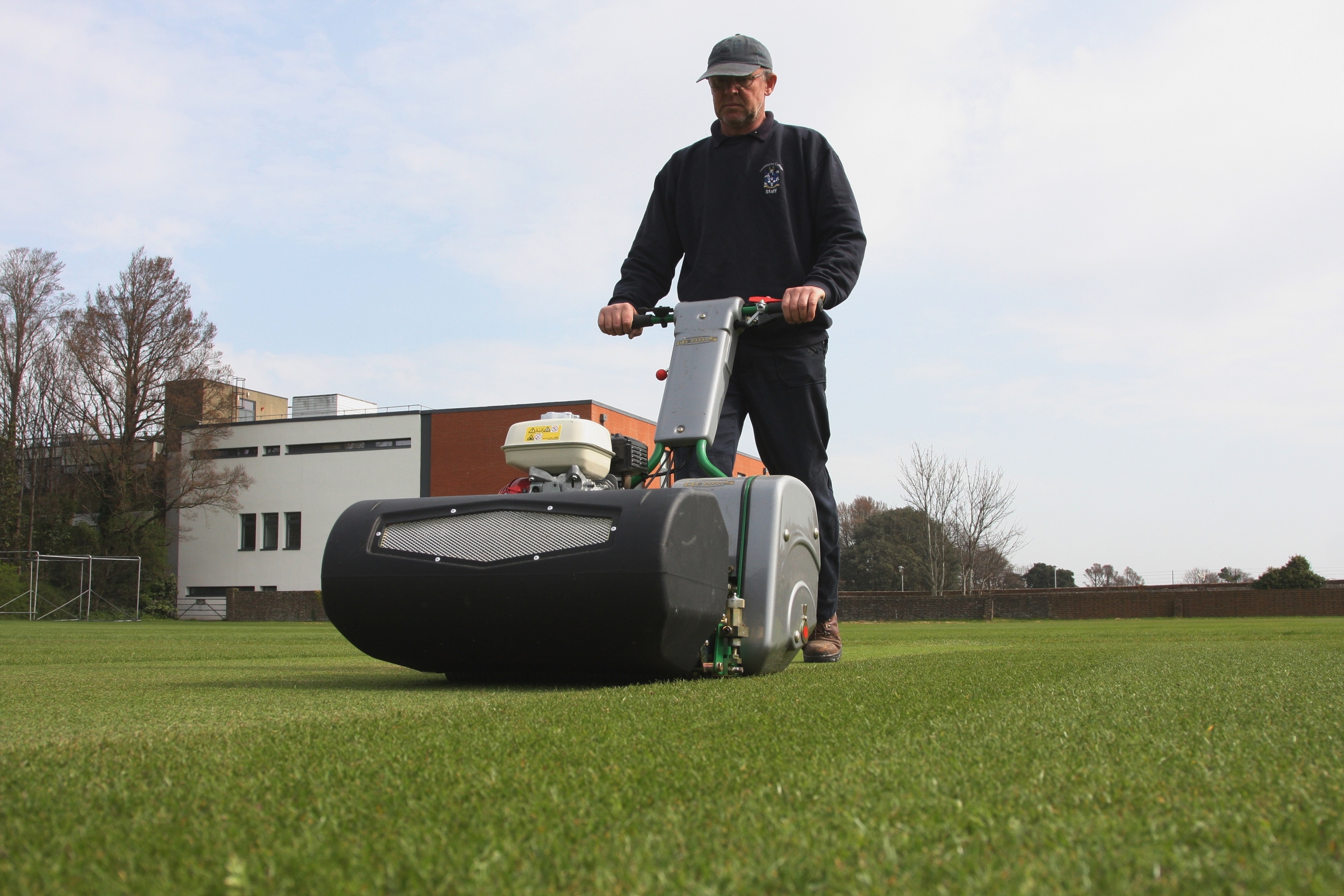 Richard Maryan, head groundsman at Eastbourne College, has just purchased a new Dennis Razor after recognising that it had every feature he was looking for in a fine turf mower. 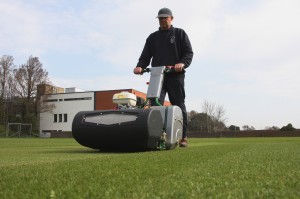 Seven years ago, Richard took on the role as head groundsman at Eastbourne College after an impressive fourteen years working as part of the grounds team. One of the first management decisions he decided to make was to refresh the turf maintenance machinery.

“A lot of our equipment was getting quite old; we had some machines that were over thirty years old and they were worn out. After looking around, we ending up purchasing two Dennis FT610’s mainly because we liked the idea of the interchangeable cassette system.

“At the time, our cricket squares were in need of some urgent attention and the FT610’s helped massively in thinning the sward out and getting rid of all the rubbish. The brush and verticutter cassettes have been invaluable to getting the squares to where they are now. The machines play a vital role in our maintenance programme. Both have 10 bladed cutting cylinders on them and then we’ve got a 5 bladed cutting cylinder which we use in the winter,” said Richard.

Richard and his four members of staff carry out all of their work in-house and do not use any contractors. As a result, the team must be well equipped with the best machinery on the market to look after the College’s five sports grounds at the Memorial Sports Ground, College Field, Links Field, Summerdown and New Field. The team certainly has their work cut out and Richard decided it was time for another machine to assist them.

“We had a look at what was on the market but when we put the Razor up against everything else, there wasn’t anything we didn’t like about it. It had everything we wanted and because of our experiences of using the FT610’s, we knew we couldn’t go wrong with another Dennis mower,” he said.

Superbly balanced and ideal for golf greens and tees, cricket pitches and other fine turf surfaces the Razor features a 560mm (22in), 11 blade cutting cylinder for a perfect finish. An ultra-short wheelbase ensures easy manoeuvrability and excellent performance, even on undulating greens. The Dennis Razor encompasses the simple ‘no tools required’ click height adjusters for quick and easy operation, a feature which Richard is particularly impressed with.

“The Razor’s easy height adjustment was a major selling point – it’s just so easy to use. We also liked that fact that it had a Honda engine because most of our machines have got them. To be honest Dennis machines speak for themselves – they almost do the job for you.”

Richard purchased the Razor from his local dealer. Lister Wilder, who Richard praises as being ‘very helpful’ went to Eastbourne College to carry out the demonstration and the rest, as they say, is history.

Eastbourne College recently played host to the South African national rugby team. The Springboks used the college’s pitches as their outdoor training ground in preparation for the 2015 Rugby World Cup. 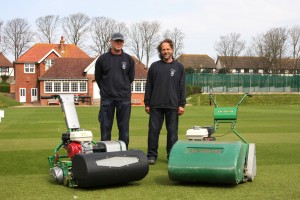 “It’s been great for the College. It was a lot more work but we were well equipped with machinery and it was a great experience,” he said.

Leaves Aren’t the Only Things Falling This Autumn

Launches, announcements and prizes at SALTEX 2015
Scroll to top