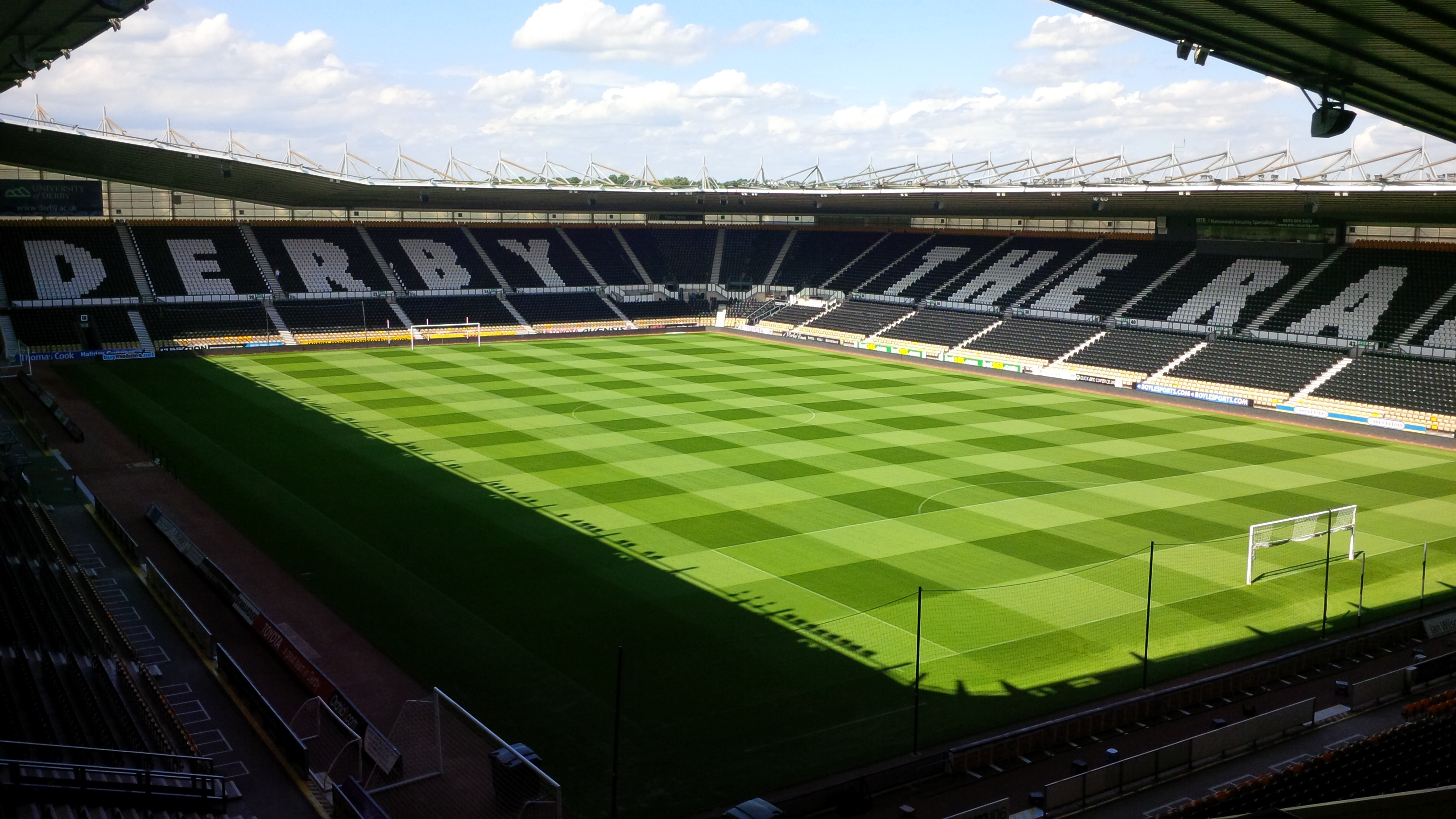 Andy first started his career at Derby County cleaning the stands. 24 years later and he now holds the head groundsman role overseeing a team of eight members of staff. Somewhat of a perfectionist, Andy was keen to make his mark and sought to make improvements where he could.

One of his first decisions after being appointed head groundsman in 2006 was to bring in Complete Weed Control. The company has an outstanding reputation with more and more head groundsmen like Andy turning to the specialist contractor to keep their facilities and playing surfaces in year-round pristine condition.

“I brought them in when I landed the head groundsman role and they’ve never let me down. They undertake all of the spraying here at the stadium and at the training ground; you name it, whatever we’ve needed – they’ve done it,” said Andy.

Complete Weed Control under-take all ‘spraying applications’ on the pitch and the training ground as well as the surroundings of the stadium. The treatments eradicate all weeds and unsightly moss and the CWC team also apply regular monthly applications of fertilisers, soil amendments and fungicides.

Even though Andy and his grounds staff are fully trained in pesticide control and spraying, he believes that CWC’s contribution gives him one less thing to worry about and is far more cost effective. Obtaining the services of CWC removes the cost of risk assessments, saves you from keeping up-to-date with current legislation and cuts costs further by not having to acquire state-of-the-art equipment.

Each Complete Weed Control franchise are fully qualified and operate to a common set of standards and procedures; their work is undertaken by adhering to strict health & safety guidelines and their experience in knowing when to apply the appropriate product can speed up eradication and save time and money. “It certainly takes the pressure off and takes the hassle out of the job. I also know that I can count on them; they have been absolutely spot on. If I wanted them to come in tomorrow they would come in – they are that reliable.

“I’ve also got a great relationship with David Cox and the rest of the company which is just part and parcel of the service CWC provide. I would definitely recommend Complete Weed Control to anyone looking for a specialist solution,” he said.

For more information, please contact Complete Weed Control’s National office on 01325 324 277 or visit www.completeweedcontrol.co.uk. You can also follow CWC on Twitter @CWCLimited for much more news, reviews and insightful views.

Complete Weed Control – A Year of ‘Building on Success’

A New Year, the Same Challenge