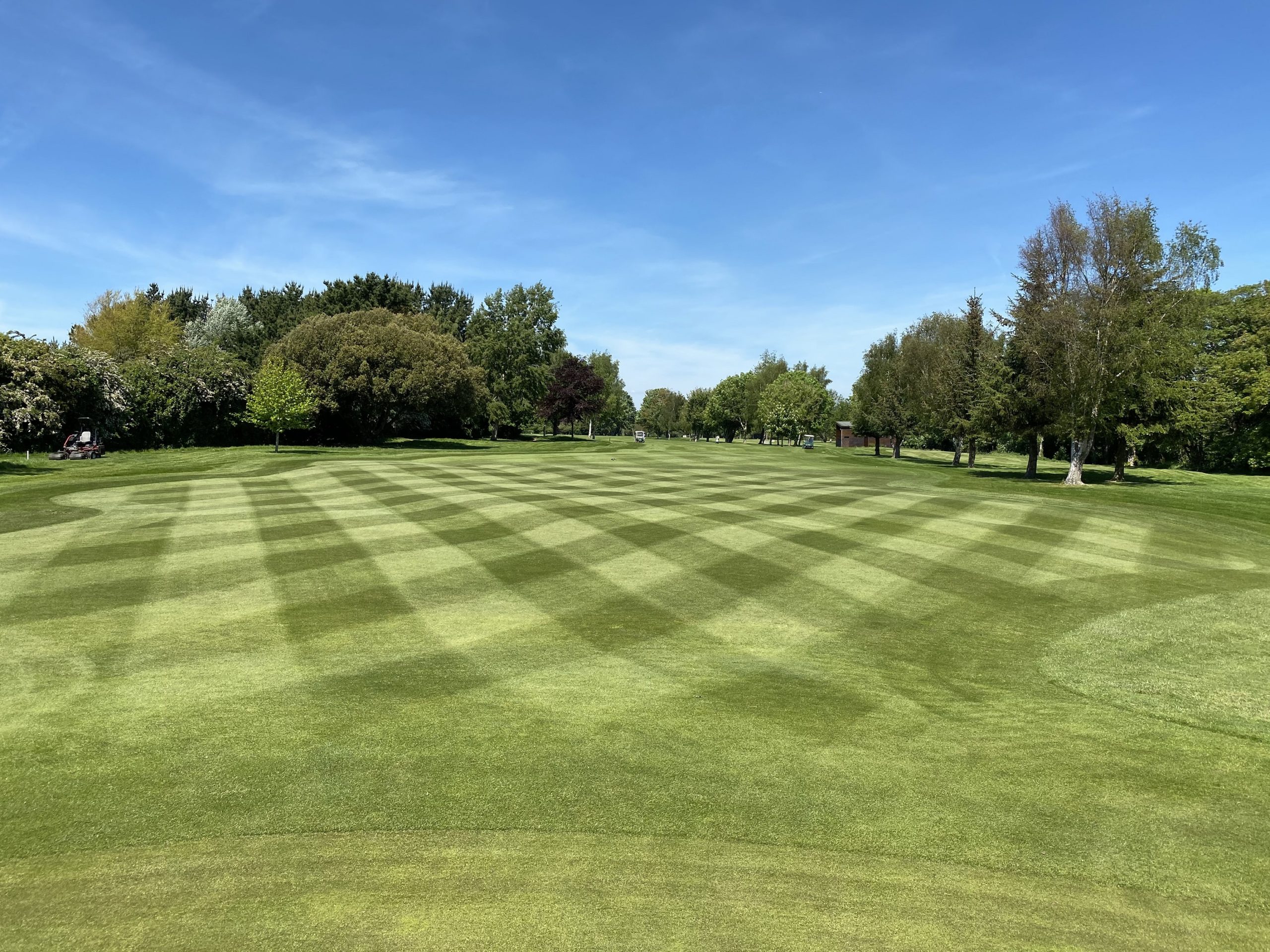 According to the Course Manager at Ham Manor Golf Club, Agrovista Amenity’s Evolution Naturelle fertilisers have been a driving factor in producing healthy, dense turf that recovers quickly.

Paul Brown has been the Course Manager at Ham Manor Golf Club in West Sussex for just over five years. It was the job he always wanted and was therefore delighted to be head hunted for the role while working in his previous job at Canterbury Golf Club.

Paul may well have been in greenkeeping for an impressive duration of 38 years but admits that he never stops learning – and believes this has certainly been the case over the past year.

“This period during Covid-19 has taught me a lot about turf management,” he said. “There were products that I thought were essential but actually didn’t have any impact when I removed them from the maintenance programme. We were faced with a limited budget and we had to look for value in money in products. Evolution Naturelle is one of those products – it is tried and tested, and we have faith in it.”

The process in which Paul decides on which products to use on the course is rather unique. Whether it is scepticism or the perfectionist in him, Paul always insists on trialling the products somewhat closer to home before applying them to his beloved course.

“If there is a product I haven’t used before, I will more often than not trial it on my own lawn in the garden,” he admitted. “Joe Dormer from Agrovista Amenity gave me some samples of the Evolution Naturelle, and I took them home with me. Boy, did it grow! It was the most amazing lawn anyone could ever have and after that I trialled it on the tees at the course. It worked so well that we rolled it out everywhere – tees, aprons, collars, greens, and areas around the bunkers.”

Evolution Naturelle is a premium range of organo-mineral fertilisers designed with a unique mode of action. Poultry based Evolution Naturelle contains essential nutritional elements such as phosphorus (P), potassium (K), magnesium oxide (MgO), sulphur (S) and iron (Fe) which are compounded to the advanced granulation making them available for plant uptake.

In particular Paul relies on Evolution Naturelle’s Sport Spring – which contains three nitrogen sources blended to optimise consistent grass plant response; and Micro Summer – for phased release and a steady growth response throughout the core of the growing season.

“They really are our go-to products,” said Paul. “We apply them throughout the season as a base feed and then will liquid feed or foliar feed on top. There are only two or three months where we can’t use them due to the soil temperatures being a bit low, but generally we are able to apply them most of the year. One of the benefits to using them is that we can use them on a wide variety of areas.”

Further benefits of the Evolution Naturelle range include:

“They really are phenomenal,” continued Paul. “The Evolution Naturelle products have been a big driving factor in producing dense, healthy turf that is resistant to divot damage and recovers quickly from environmental factors such as Leatherjacket activity.

“We find that they provide a decent amount of growth without that huge push and they feed consistently for us. They are also a lot gentler than many similar products we have used in the past which is great because over the past few years my focus has been on encouraging soil health. When I started working here, the organic matter was 28% in the top 60mm and now we are around 3.5% and part of that, apart from all the cultural activities and thatch eating products, is the fact we have stayed clear of harsh products. Evolution Naturelle has been part of that process.

“I’d like to thank Joe Dormer for recommending the products,” added Paul. “Being a former greenkeeper, he is very knowledgeable and now he has an incredible range of products in his portfolio. There is a lot of mutual respect between us and I think there are times where we both learn from each other.”

Evolution is the solution at Hazlegrove Preparatory School