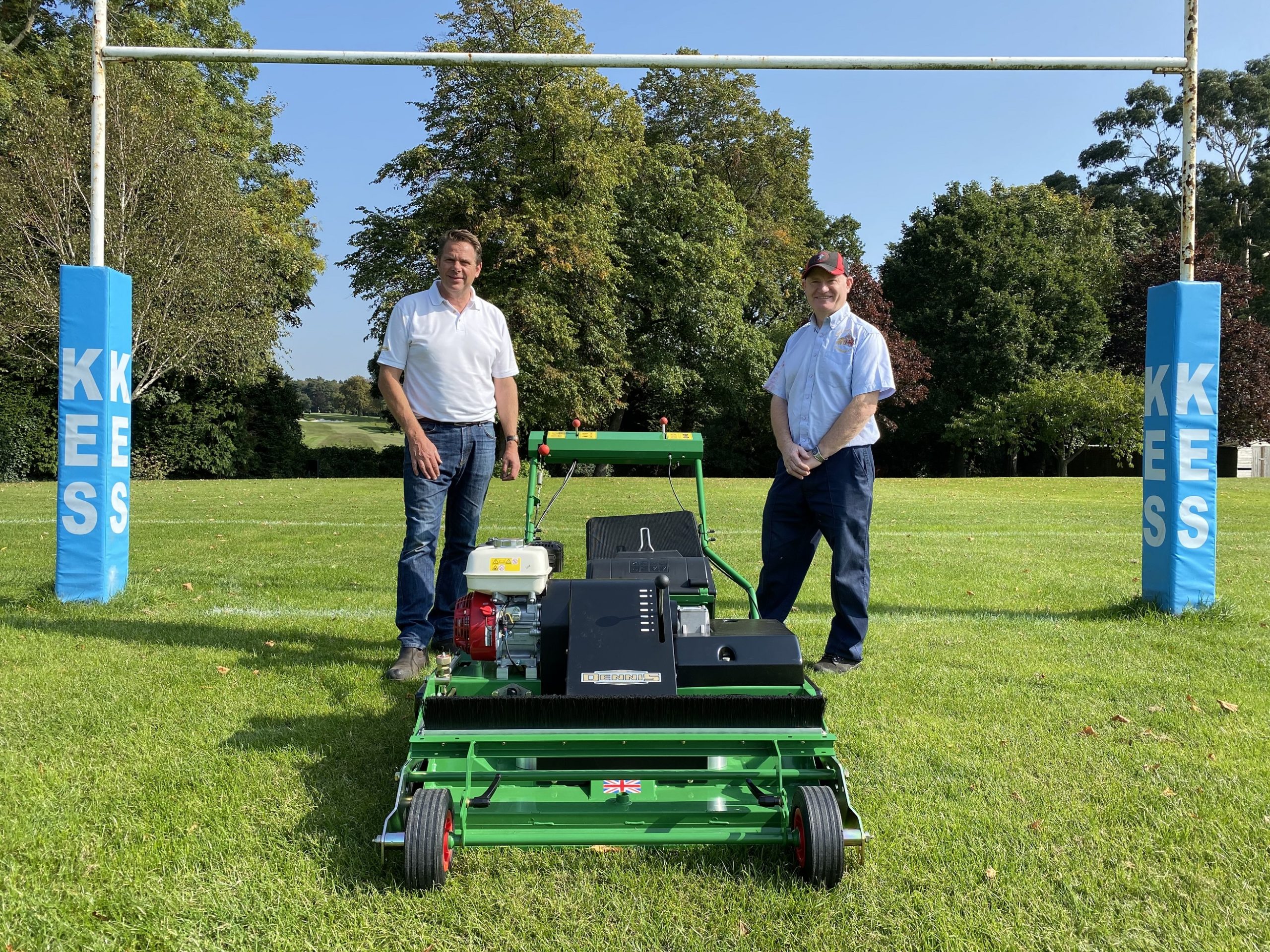 Founded in 1552, King Edward’s School is one of the most successful boys’ schools in this country. For nearly 400 years the school stood in New Street at the heart of the city. In 1936 the school moved to its present 50-acre site in Edgbaston, shared with King Edward VI High School for Girls, which provides extensive space and facilities matched by few day schools in the country.

The school’s academic performance places it amongst the very best in the country and King Edward’s has a long list of notable alumni including two Nobel Prize-winners, JRR Tolkien, Edward Burne-Jones, Lord Willetts and Lee Child.

The grounds department is overseen by Garry, who has been working at the school for an incredible 35 years. Alongside his trusty deputy John Holmes, the duo recently began searching for a new rotary mower.

“We were previously using 20-inch mowers and we wanted something bigger so we could cut more regularly and more quickly,” said Garry. “We also wanted an alternative to that of putting tractors or triple mowers on the pitches – something that would keep the weight off the pitch.”

The case was solved as soon as they saw the Dennis PRO 34R in action: “As soon as we had the demonstration, John said this is it – this is the machine we need to have. Yes, there are other rotary mowers on the market, but we made a decision there and then based on how good it was.”

“The PRO 34R offers a fantastic cut,” continued Garry. “It is predominately used on the rugby pitches for presentation and to also clean-up after matches.

“After about a week of having the PRO 34R, we made the decision to purchase another one – it was that good. It is absolutely fantastic for sports pitches, but we also have a large number of big lawns – which must be kept in good condition. Therefore, the second PRO 34R is all about presentation on these lawns. We use it for cutting and striping.”

Garry also said that the decision to purchase the PRO 34R was based on his experience of using Dennis in the past.

“We’ve had Dennis before, and I’ve never had any issues, so I tend to stick with what I know works. Plus, the service is all part of the overall package with Dennis.

“I like to deal with personalities and Jason Briggs from Dennis and SISIS is fantastic. I know what I like – and Dennis Mowers have never let me down.”