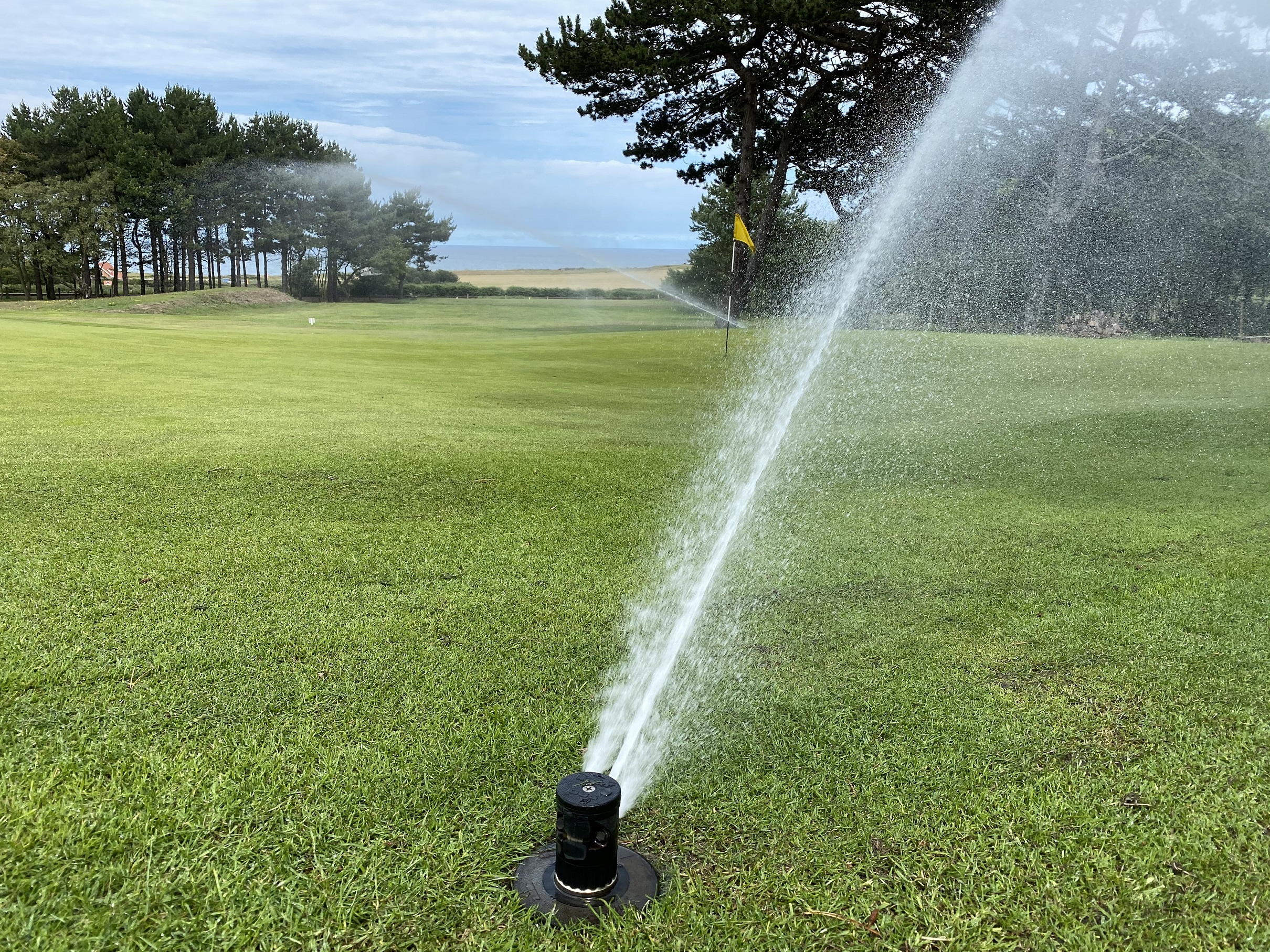 Stuart Murtha, former military man and now Head Greenkeeper at the West Runton Links Golf Course in Norfolk, believes that the course has never been in such a good condition following the installation of a new Hunter irrigation system from KAR UK.

The Links Golf Course opened in 1903 and was designed by 5 times Open Champion J.H. Taylor. Located on the beautiful North Norfolk coast, the sea is visible from every hole and it is renowned for being one of the best 9-hole courses in the area. Next to the golf club is the Links Country Park Hotel which is a striking example of late Victorian architecture.

Stuart has been the Head Greenkeeper for three years after serving in the military for most of his life. Never one to shy away from a challenge, the former soldier immediately set himself a goal.

“I think it is fair to say that the golf course had become a little bit run down and it needed a lot of love and attention,” he said. “My goal was to significantly improve the course but first I had to prove myself and show that I was going to do the work before the owners invested.

“I remember a knowledgeable ex-greenkeeper telling me to start with the greens and then to work out from there. Therefore, my plan was to get them to a high standard and then carry on developing everything else.”

Stuart made an instant impact and it wasn’t long before the owners did indeed put their faith in him.

“In my second year here, it was one the driest periods we have ever had on record and I hand watered all the greens every single day for four months. At that point I said to the owners that this just wasn’t sustainable. I then got the green light to look into a new irrigation system.

“I did my research and came across KAR UK,” he continued. “I phoned them up; they were very helpful, and they sent Mike McDonnell (KAR UK Sales Manager) two days later to come and walk round the course with me. Mike gave me a lot of information and explained how I could make it all work.”

Stuart decided on the Hunter G-85B rotary sprinklers to provide irrigation to the greens. These rotary sprinklers boast one of the highest torque outputs on the market and its patented gear drive will push through anything that gets in its way. With such a powerful core, an array of efficient nozzles, and true full circle and part circle capabilities, the G-85B is relied on by turf managers throughout the globe.

Impressively, Stuart took it upon himself to install the new irrigation system. Stuart, his assistant Graham, and the hotel’s maintenance team worked around the clock to finish the project in just five days.

With the new Hunter irrigation system installed, Stuart believes that the course has reaped the benefits ever since.

“Without doubt, it has made a huge improvement to the greens,” he said. “We have been able to lower the height of cut because the sward is so much healthier and thicker. The other noticeable sign of improvement is the vertical growth. When I first started scarifying, I used to fill up a trailer full of lateral growth from each green but now I can scarify a green and end of with a lot less debris.

“It is so much more convenient because we can water them whenever it is needed. I can also control it from my mobile phone via the mobile-friendly Centralus irrigation management platform – if I’m at home, for example, and the weather forecast changes to show we are going to get 10mm of rain then I can simply just switch it off – or vice versa.”

Stuart is continuing to follow the sound advice he received, and after a notable improvement in the greens, he is starting to concentrate on other areas of the course.

“I’m now working on other areas of the course that I would never have had the time to do in the past. The irrigation system has made a massive difference.

“We’ve got members who have been part of the club for 30 years and they are saying that never in their time has the course been in such a good condition. That is what I am here for; I am here for a challenge and I will continue to give it my all.”

Glyphosate, its use and managing public perception roadshow announced 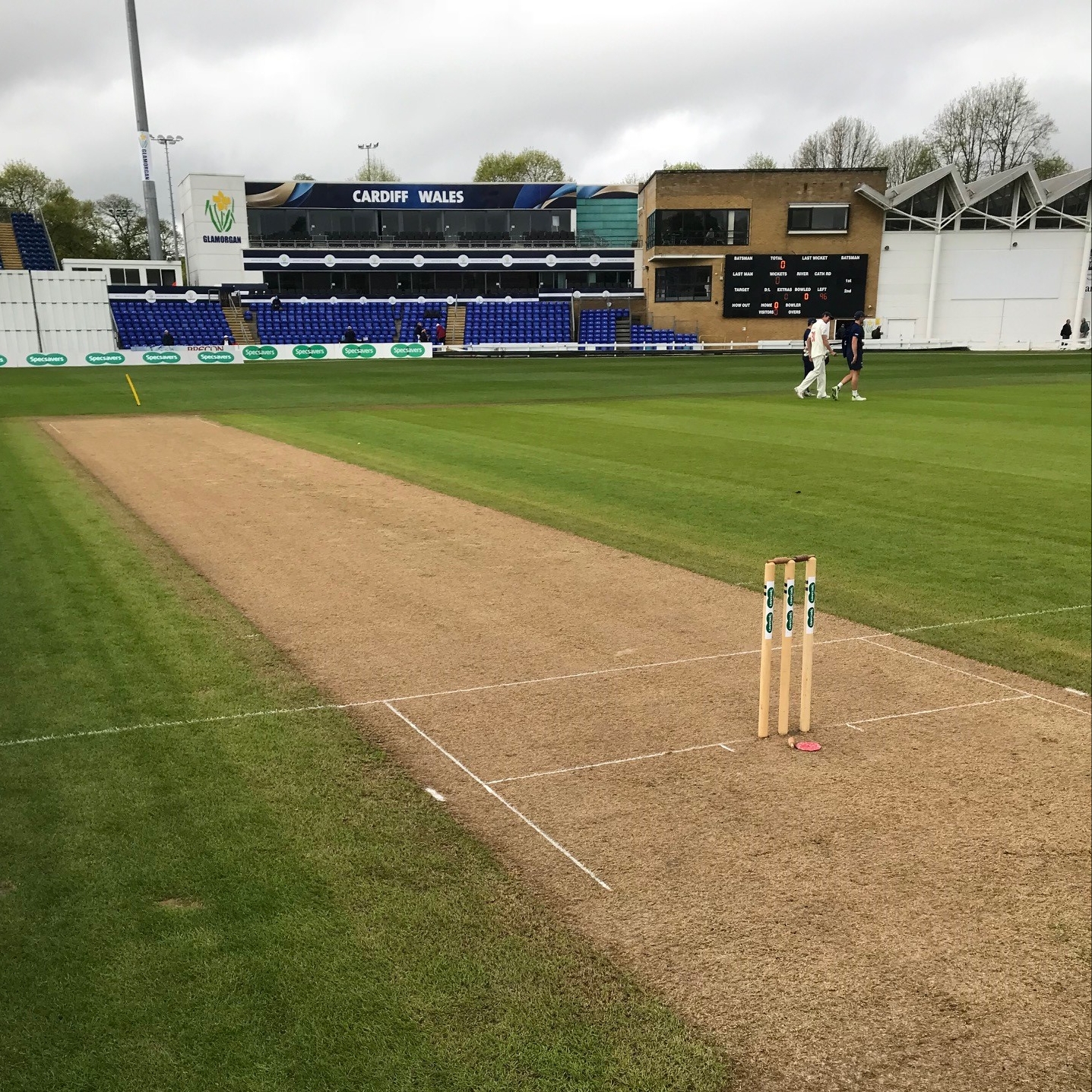 Limagrain MM stands the test of time at Glamorgan CCC