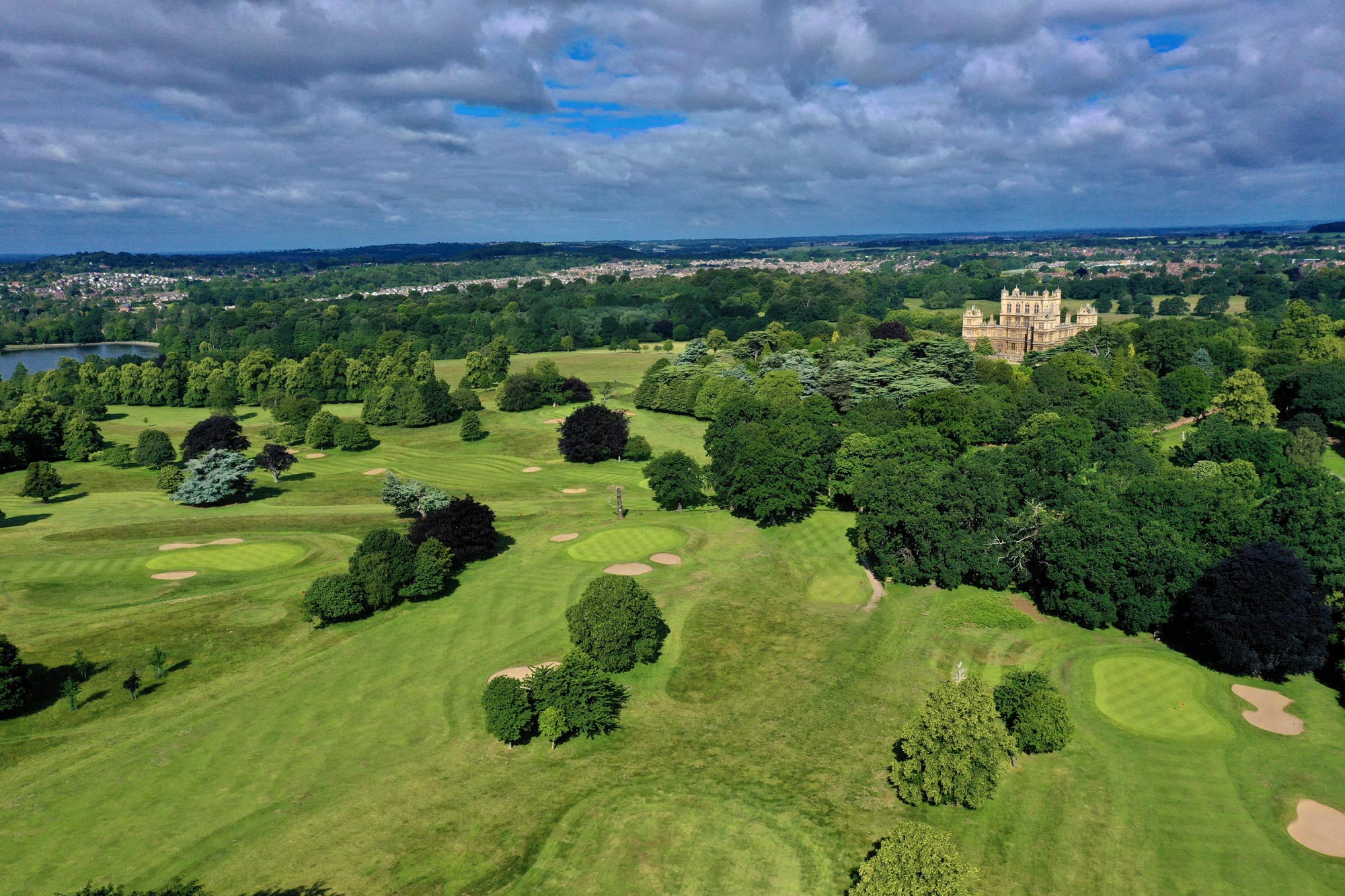 From bunkers to greens, Martin Scothern – Head Greenkeeper at Wollaton Park Golf Club has long relied on a range of products from Mansfield Sand.

Wollaton Park Golf Club in Nottingham is widely regarded as one of the finest parkland courses in the East Midlands. A traditional members’ club, the course is set in 140 acres of the 516-acre Wollaton Park and is overlooked by the magnificent 16th century Wollaton Hall.

Designed by Tom Williamson and opened in 1927, it has been sensibly upgraded over the years to provide a challenging and enjoyable test for golfers at all levels.

The course has a reputation for play on full greens year-round and this is testament to the work of Head Greenkeeper Martin Scothern, who has been working at Wollaton Park since 1989. After leaving school he went straight into greenkeeping which was no surprise considering he used to work on his local golf course during the school holidays.

Martin’s use of Mansfield Sand stretches back to long before he started working at Wollaton Park, as he explains.

“Mansfield Sand has been used at every club I’ve ever worked at, so I was always aware of the company,” he said.

For the past 32 years Martin has been using Mansfield’s MM35 Golf pure silica sand for top dressing his greens which brings a number of benefits such as improved recovery, firmness, smoothness and an improved rootzone.

“We normally like to topdress every 4-6 weeks just to give the greens a light dusting,” he said. “I like my sand delivered at 6.30am in the morning when we are topdressing and without fail the Mansfield Sand delivery drivers are always on time. They will tip it off, we will apply it to the 20 greens, and it is job done. However, we will always make sure that we have a bit left over for any bunkers that need topping up throughout the season.”

As Martin says, MM35 Golf also makes for a great bunker sand as it has fantastic playing characteristics as well as being aesthetically attractive. In fact, Martin and the team are currently working on a long-term project to reconstruct all the bunkers and MM35 will be used in combination with rubber crumb and astro-turf.  “We have always used Mansfield Sand for the bunkers and will continue to do,” he said.

Bunkers and topdressing aside, Martin used a Fibre Reinforced Rootzone from Mansfield Sand to build a new short game academy green back in 2019. This natural sports turf sand dominated rootzone product is reinforced with polypropylene fibres. This is achieved by mixing the Mansil 40 silica sand, a screened topsoil and polypropylene fibres to create a completely homogeneous blend to be used as the upper rootzone. Consolidated to a typical 100mm depth the fibre reinforced rootzone can then be fertilised and seeded to produce the final grass surface.

With Mansil 40 in mind, Martin revealed that he will be trialling this product on his fairways in the not-too-distant future.

“We are going to start some work on three fairways that get a little bit wet in certain areas,” he said. “We’ve got some old pits underneath the golf course and the subsidence has caused some issues over the years. Therefore, we are looking for a coarser sand such as the Mansil 40 to brush in with some hollow coring and vertidraining. My hope is that by doing this regularly, it will help them to be more playable through winter.”

Martin will be joined by Sharon Morris, Golf and Football Sales Manager for Mansfield Sand, for the fairway trials, and he admitted that he would not be without her.

“I can call her up at 9:30pm and say Sharon, I forgot to call you today, I need some sand in the morning! I know that the sand will be there the very next morning. It is first-class customer service,” he said.

Pellenc is ‘superior’ for Hard Graft