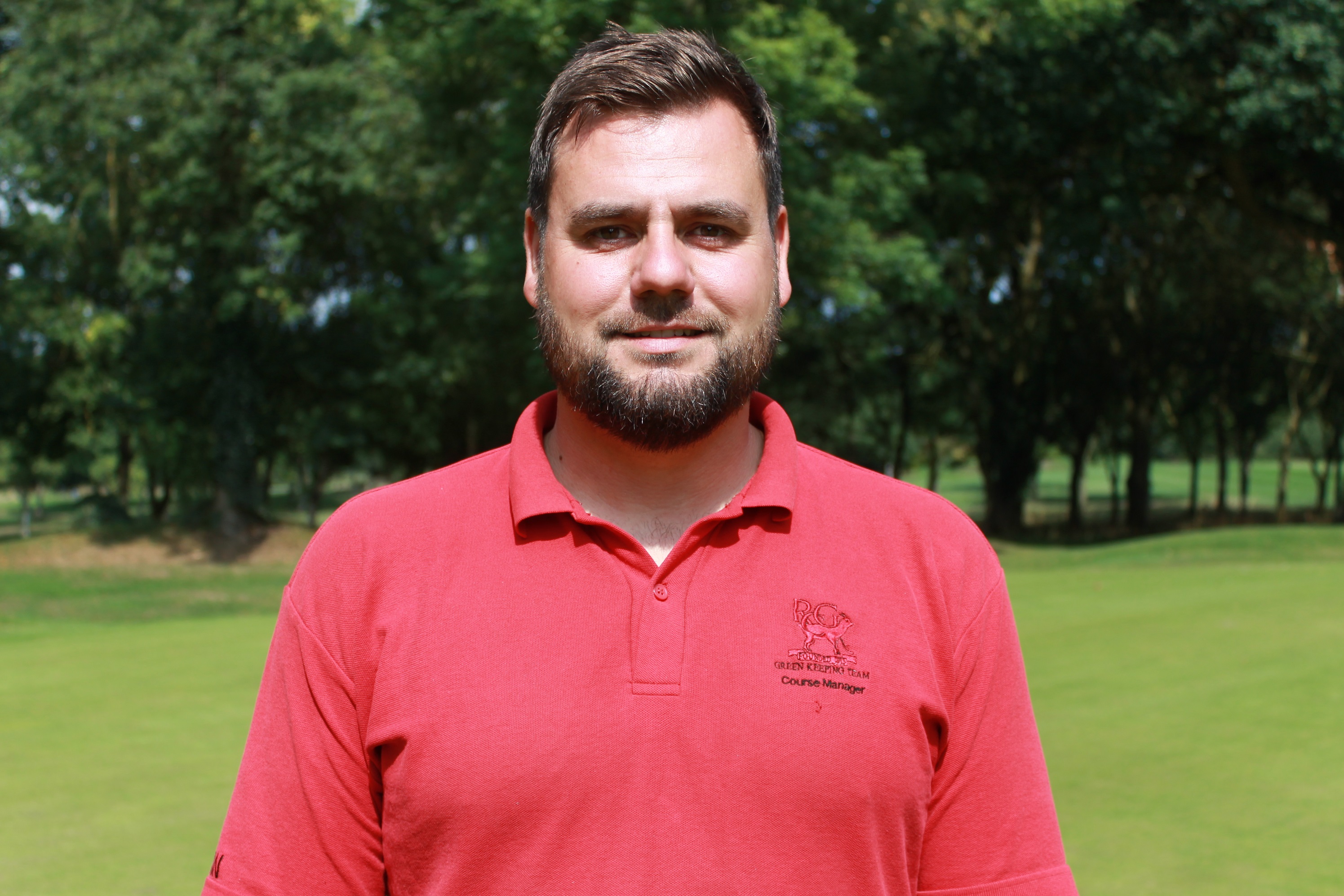 MM seed thrives at Redditch GC. Karl Williams, course manager at Redditch Golf Club, has reported fantastic results from applying a range of Limagrain’s MM grass seed on the tees and greens at the stunning 18 hole course in Worcestershire.

Redditch Golf Club is a 72 par course which provides a true test of golf. The part parkland and part woodland golf course is universally acclaimed for both its topography and the quality of its playing surfaces. In particular, the course is perhaps most famous for its last six holes, which are formed and cut out of dense woodland.

The greens are particularly outstanding, all 18 having been re-laid during 1995 and 1996 to USGA specification. The work was carried out due to their former foundations consisting of red marl clay which proved to be extremely problematic in wet winters. However, those days are firmly in the past and Karl Williams is the man tasked with ensuring that the greens remain at a consistently high standard.

Karl started his role as course manager at Redditch in 2014 and now oversees a team of eight full-time greenkeepers. The team has doubled in size since Karl arrived and marks just one of a number of ongoing improvements as the club continues to signal its ambitions. Karl, himself, was also keen to play his part and this started with ensuring that he had the correct seed mixtures in place.

“I’ve been using Limagrain’s MM seed mixtures right back to when I started out as an apprentice – so probably for about 18 years now. When I first came here they were using a different brand of seed but I wanted to use Limagrain because in my opinion it is an all-round package – I’ve had big success from the mixtures in terms of quality, results and the support you get from the company,” he said.

When it comes to product performance and appearance, top sports grounds, including many of the UK’s finest golf courses, tend to look no further than Limagrain’s MM range of grass seed. The MM range is one of the most respected brands in the UK turf industry and its wide array of mixtures have a proven track record of producing the best possible swards for the intended end usage.

The demand and pressure placed on the modern day greenkeeper and course manager to produce the best possible, consistent playing surfaces continually grows at a pace but Limagrain’s range of grass seed can ensure that you are always that one step ahead. Whether it be a mixture for your greens, tees or fairways – the MM range has it covered.

Karl has seen great results from applying MM22, which is a practical solution for those who are seeking a mixture for their tees that is great for divotting, repairing and overseeding.

“As a rule of thumb we normally do the tees renovation at the end of March and we apply MM22 at a rate of 30g/m2. So we apply that quite heavily and then it is just a case of topping it up by overseeding throughout the year.

“We get a lot of play here at Redditch and we don’t come off the tees all year, so I need a mixture which is going to give me a strong sward. Fortunately, MM22 gives me what I need – you always get a fast establishment and you get a great percentage of seeding from it. I also rarely suffer from disease so I don’t see any reason to come away from it.”

When it comes to his greens, Karl claims that he has never needed to overseed – which is perhaps testament to the quality of them. However, on one occasion there was a problematic green which needed a fast solution – so he turned to Limagrain’s MM7 mixture.

“It was a shaded green that had a lot of trees around it so it suffered with a lack of light and air – even in the summer. From 12pm, it would have been completely in the shade. In the first instance we tried to repair it but unfortunately it didn’t really work. So, we removed a couple of trees and MM7 was recommended to me. The difference was unbelievable – I wish I would have taken a before and after photo.”

A modern mixture for quick renovations of worn and damaged areas of fine turf, MM7 is ideal for emergency repair work. Containing Cyrena and Venice (both perennial ryegrasses), Caldris (chewings fescue) and Sefton (browntop bent), these top rated cultivars together produce a hard wearing sward that recovers from scarring.

While members at Redditch Golf Club are enjoying the superb playing conditions they are also treated to a stunning array of flowers, courtesy of Limagrain’s range of Colour Splash mixtures.

“The colour around the course is absolutely fantastic and it is a sight to behold when they are in full bloom. We have them spread out across the course such as around the tees, near the wooded areas and along the drive and they really do make a statement.

“The main reason we decided to apply the Colour Splash mixtures was for aesthetics but we like doing our bit to help the bees as well,” he said.

Dennis Razor shows its quality at Mapperley
Scroll to top