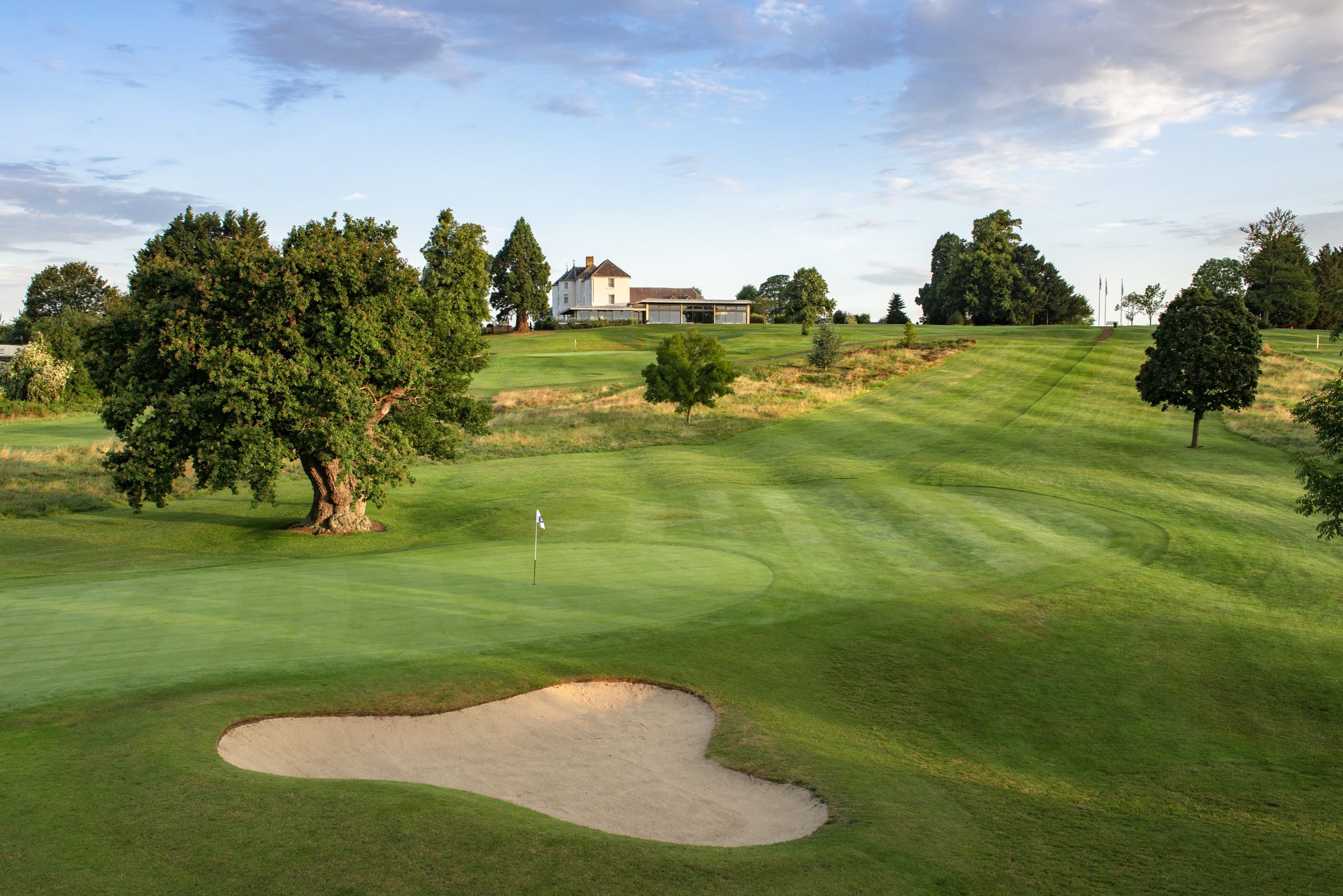 Paul Hathaway, Golf Course Manager at Tewkesbury Park in Gloucestershire, believes that a range of Limagrain UK’s MM grass seed mixtures has been integral to the courses’ recovery following the infamous drought of 2018.

Tewkesbury Park is a family-owned hotel, golf and leisure resort set amongst 176 acres of parkland with panoramic views of the Cotswolds, Severn Valley, the Welsh Mountains and the Malvern Hills. Over recent years, the hotel has undergone a stunning transformation thanks to the McIntosh family who bought the property in 2014 and turned its fortune around.

After an eye-watering £10m investment in everything from luxury suites, a dazzling leisure club and state-of-the-art conference facilities the family’s attention quickly turned to the golf courses.

Tewkesbury Park boasts two – the Deerpark course which is an 18-hole, 6,554 yard, Par 72; and the 9-hole, 995 yard, Par 3 Acorn – a short academy course. Interestingly, the land on where the courses are constructed was once the battleground in which the houses of York and Lancaster fought one of the bloodiest feuds of the Wars of the Roses – known as the Battle of Tewkesbury.

As a keen golfing family, the McIntosh’s were keen to vastly improve the golf facilities and Paul Hathaway was employed as the Course Manager in September 2017. He joined prior to the drought of 2018 and used his experience and expertise immediately to help recover the course from the desert like conditions.

“When I first came in there were a lot of areas I thought could be improved,” said Paul. “The first thing I said to the owners was that grass seed is the single most important thing you need because you need good grasses to produce good courses.

“Upon my arrival, there were a lot of old ryegrasses and course grasses, there was a lot of lateral growth and the grass was really struggling – which wasn’t helped by the long summer drought.”

Paul, who oversees a team of four fully qualified greenkeepers, got straight to work on the areas which needed the most attention.

“We firstly focussed on the tees and approaches,” he said. “We scarified all of them down to 10mm to remove thatch and dead material, cored to one inch and then overseeded with Limagrain’s MM50 seed. It was a huge job, but it needed doing and it has made a remarkable improvement.”

Limagrain’s leading MM50 mixture is a 100% ryegrass formula which is perfect for achieving consistency throughout a course. It has a high disease resistance, fantastic aesthetic qualities and offers extremely fast germination

“We had germination after only 7 days,” continued Paul. “The turf was healthier and a lot more resilient – especially to drought which we have seen this spring . The results were fantastic – so much so that we only needed to overseed with half the amount of MM50 the following year.

“I personally think MM50 is the best seed out there. I will never explore any other seed because I don’t need to.”

After the success of the overseeding project on the tees and approaches, Paul decided to concentrate on the greens. Upon closer inspection he identified that the greens were suffering from Rapid Blight – a disease of cool-season turfgrasses that is generally problematic where irrigation water and/or soils have elevated salinity. Astonishingly, it was only the fourth known case in the UK and Paul discovered that the issue was coming from the bore hole water – which contained incredibly high levels of salt.

“The obvious solution was to switch to mains water, and this really helped,” said Paul. “However, there were still a lot of dry patches and some of the greens were quite weak. It was at this point that we started overseeding with Limagrain’s MM9 seed. The reason for choosing this mixture was because I wanted to introduce as much bent grass into the sward as possible.”

Limagrain’s MM9 grass seed is a 100% bent mixture, which provides an excellent formulation for summer overseeding and autumn renovation of top-quality golf and bowling greens. Paul now overseeds the greens with the MM9 mixture once a year and hasn’t looked back.

“Prior to using MM9, the greens would suffer from the slightest bit of stress,” he said. “The seed has totally invigorated the greens – I now have root growth to a depth of 5 inches and the sward is much healthier.

“The greens have improved dramatically since switching to mains water, utilising a new feeding programme and overseeding with MM9.

“Without the help from key suppliers like Limagrain UK we wouldn’t have the course we have,” continued Paul. “Matt Gresty (Limagrain UK Amenity Manager) advises on the best times to apply the seed and if he feels that I do not need to seed then he will tell me. He is not out to just sell you seed – he will genuinely offer the best advice for your course.

“Ultimately, I’m proud to work here and I’m delighted that I get the support and the finances needed from the owners to be able to do my job.”

By all accounts, one look at the stunning courses at Tewkesbury Park will tell you that the results certainly speak for themselves.

SISIS the solution at the VMAC

Etesia Buffalo is the greener solution