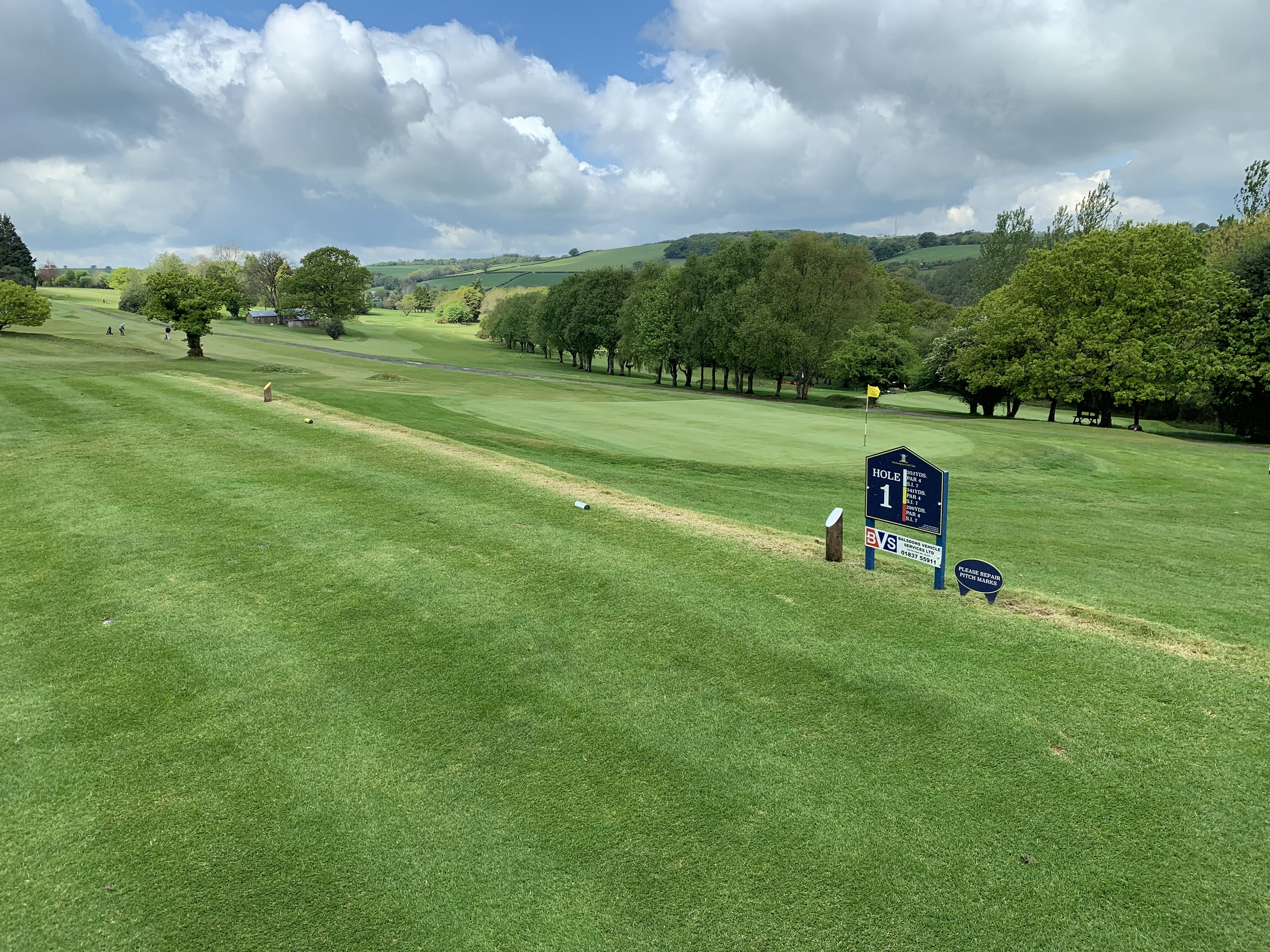 Okehampton Golf Club in Devon has signed a deal which sees Sherriff Amenity as its preferred supplier of products for a period of three years.

Okehampton Golf Club features an 18 hole parkland course, sheltered by the highest tors of Dartmoor, on the northern edge of Devon’s magnificent National Park. It is a challenging course and can be deceptive if the wind is blowing – especially on the 12th hole where the West Okement River awaits to the left and behind the green.

Stuart Entwistle has been the course manager at Okehampton for just over four years and is pleased with the progress he has made in that time.

“I used to work at a large club but was quite restricted in trying new methods and products. However, once I came here I had a free reign to trial a number of new products. I personally feel there has been a big improvement to the course. My main goal to start with was to be able to offer golf all-year round and we have already achieved that.”

Stuart initially focused his attentions on the tees and after a recommendation from Sherriff Amenity’s David Chammings, he turned to Evolution Xtra 24.4.4 granular fertiliser for the summer and then Evolution Controlled 18.0.32 in the winter.

“I would say that the majority of our members have said that the biggest improvement here has been on the tees,” said Stuart. “When I first arrived the tees just looked tired and weak so they needed immediate attention. I went with an initial application of the Evolution Xtra 24.4.4 at a rate of 30g/m² in the middle of March. It gave me a great initial hit and I applied it twice more in that first year.

“This really worked in getting them in a better condition and for the second year we went with two more applications of the 24.4.4 but then for winter we went with the six month release fertiliser – Evolution Controlled, which was the perfect feed to see us through. The growth was steady and strong – exactly what we needed.

“The other good thing about Evolution Controlled is that it is chloride free so it has a low scorching index. Therefore, I can put it down and not worry about the scorch, which was one of my concerns at first because we don’t have any irrigation on the tees.”

For the greens at Okehampton, Stuart claims that he just wouldn’t be without Sherriff Amenity’s GoGreen Energy – a concentrated bio-stimulant, formulated to assist plant health and relieve stress symptoms.

“GoGreen Energy works really well for us – we go through the summer with it at four weekly intervals at the full rate of 60 l/ha. Before we started using the product, the greens were starting to yellow and were a bit stressed but now they are a beautiful green colour and it has really helped with root depth.

“We have tried a number of similar products in the past but GoGreen is the one we have consistently stuck with. I honestly believe that if we didn’t use it for one summer then we would notice the difference.

“It’s a nice low nitrogen product, contains simple sugars, a bit of chelated iron, has a bit of seaweed in it and is a complete trace element package – but not too much of one thing and that’s what we want. It just gives you a nice steady pattern.”

Bowcom Line Marker Gets a First at Cambridge College

Fusion Media – Our year in Numbers

MM60 turns on the style at the Kassam

4 ways to maintain your PR skills