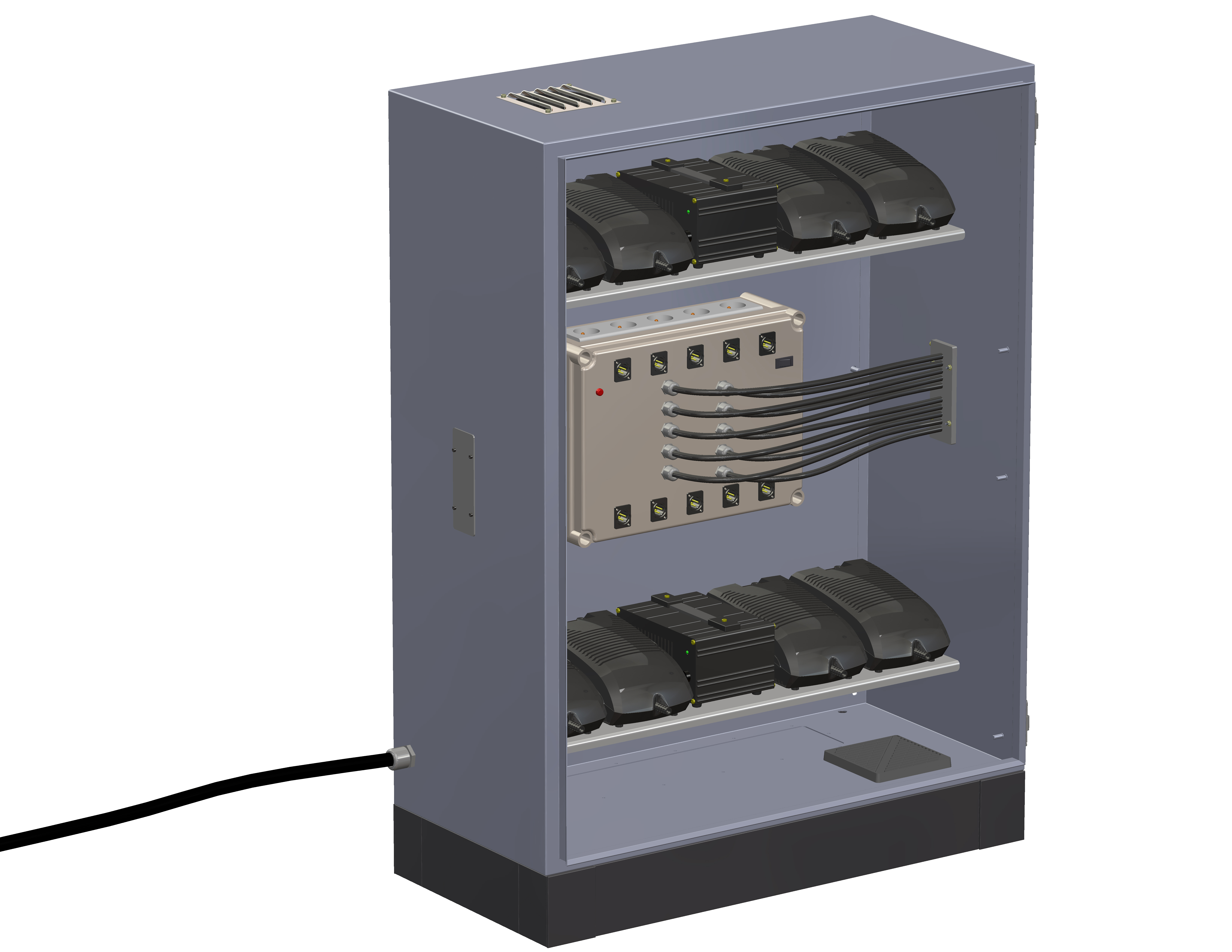 With Pellenc tools having gained popularity over the past six years since they were officially launched at IOG SALTEX Windsor, Etesia UK – the official UK and Ireland distributor, has found that users are now using multiple batteries that require recharging overnight, as Les Malin, operations director explains:

“When operators previously used multiple batteries, it meant having a series of chargers all requiring individual 13amp sockets on a bench taking up valuable space but also using unsafe extension leads or adaptors. The BMS centralises battery management of all Pellenc batteries allowing a maximum of ten chargers, two of which can be rapid chargers, to be housed in one secure and safe metal cabinet with only one mains plug required.”

On the front of the cabinet is a user friendly touch pad that allows the operator to individually control all of the batteries charging input. You can choose from standard pre-programmed or maintenance charges, and enter in to the system, the cost of electricity and cost of petrol. Over the preceding weeks and months, the system will calculate the savings made – both in fuel and electricity, while also showing the amount of Co2 that has been offset which will become even more important in this environmentally-friendly conscious age.

Pellenc is exclusively distributed in the UK and Ireland by Etesia UK.

Etesia choose SALTEX to launch new products ahead of 2020 season

Pellenc arrives in style on the Isle of Wight

Cut, collect and stripe with even more Etesia models