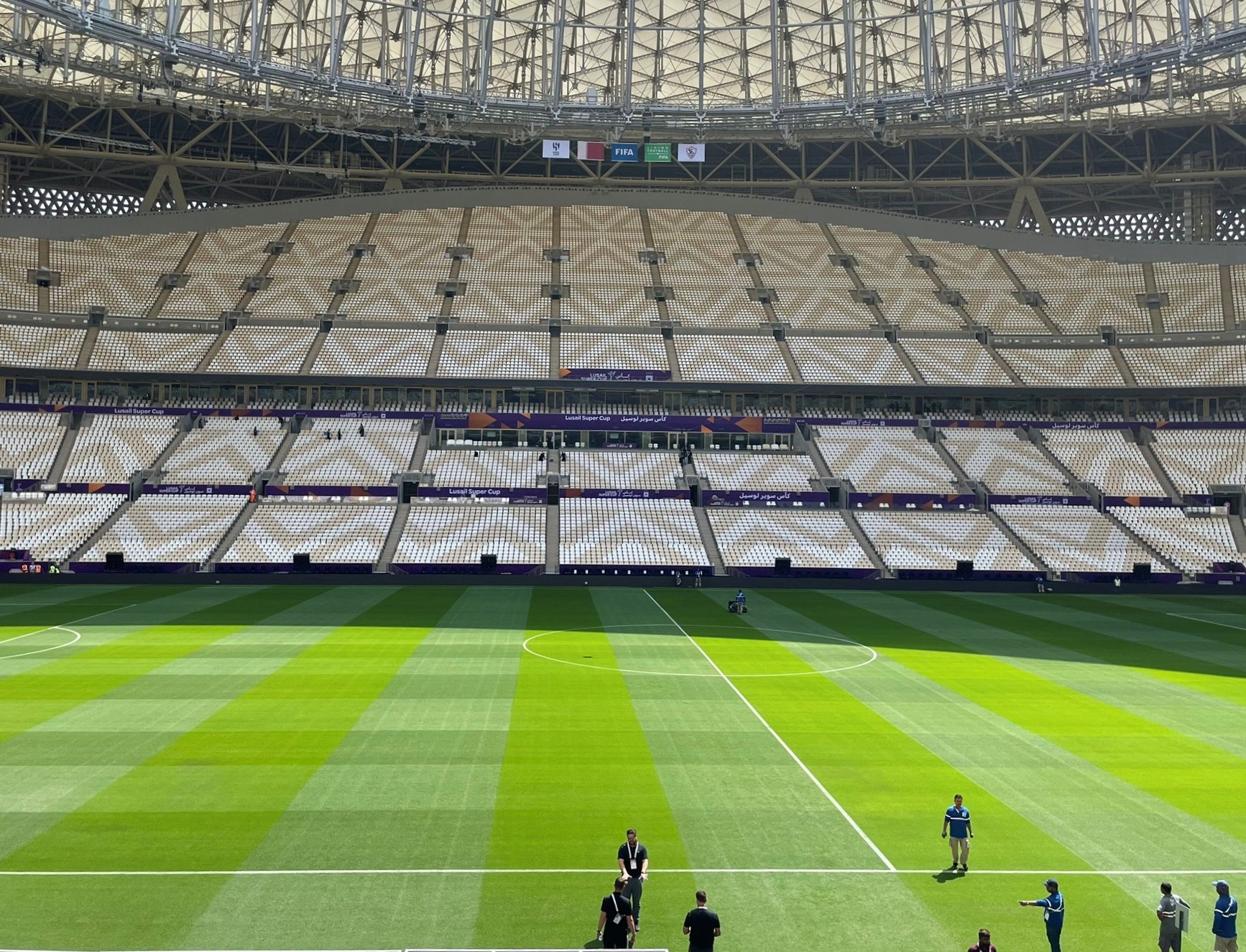 GrassMax hybrid grass NextGen technology features in over 750 installations throughout the world and has played a part in stadiums that have hosted the Olympic Games, the Rugby World Cup, and the football World Cup.

The pitches benefitting from the innovative technology in Qatar include Al Bayt Stadium, the host venue of the opening ceremony, and the iconic Lusail Stadium, which will host the World Cup final.

19 games and 38 training sessions in 4 weeks at the Qatar World Cup is significantly above average usage, hence the need for reinforcement. The GrassMax NextGen hybrid technology controls surface and subbase damage, and by doing so reduces the risk of injuries. 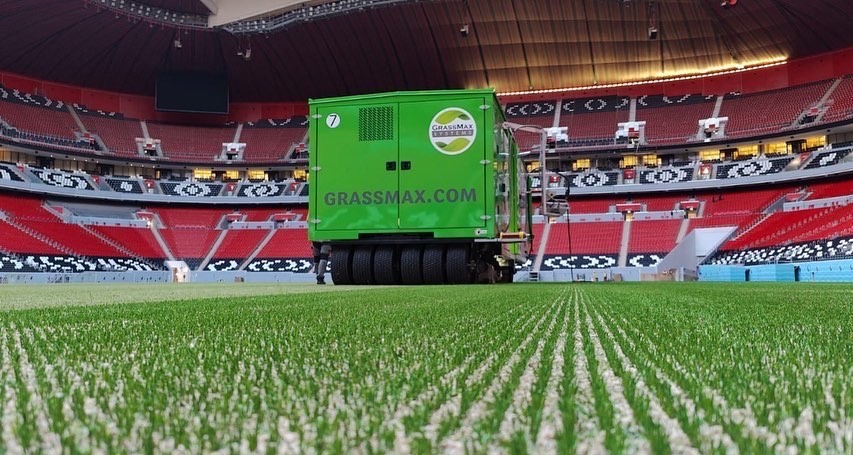 Furthermore, the climate conditions in Qatar and high-intensive usage of the pitches demand a specialist approach. In close collaboration with the pitch consultants and construction companies, GrassMax Systems managed to deliver state of the art surfaces for the venues.

Two laser guided machines have stitched each pitch – injecting around 20 million hybrid PP fibres, 18cm into the subbase in a 2 x 2 cm pattern.

By reinforcing the surface and subbase, the hybrid PP fibres anchor the natural rootzone to avoid damage that can be caused by fierce tackles and players sliding across the surface.

The Qatar World Cup Organising Committee sought the expertise of GrassMax Systems due to the extensive experience and know-how of Marc Vercammen, General Manager, and Yves De Cocker, Sales Director for GrassMax. 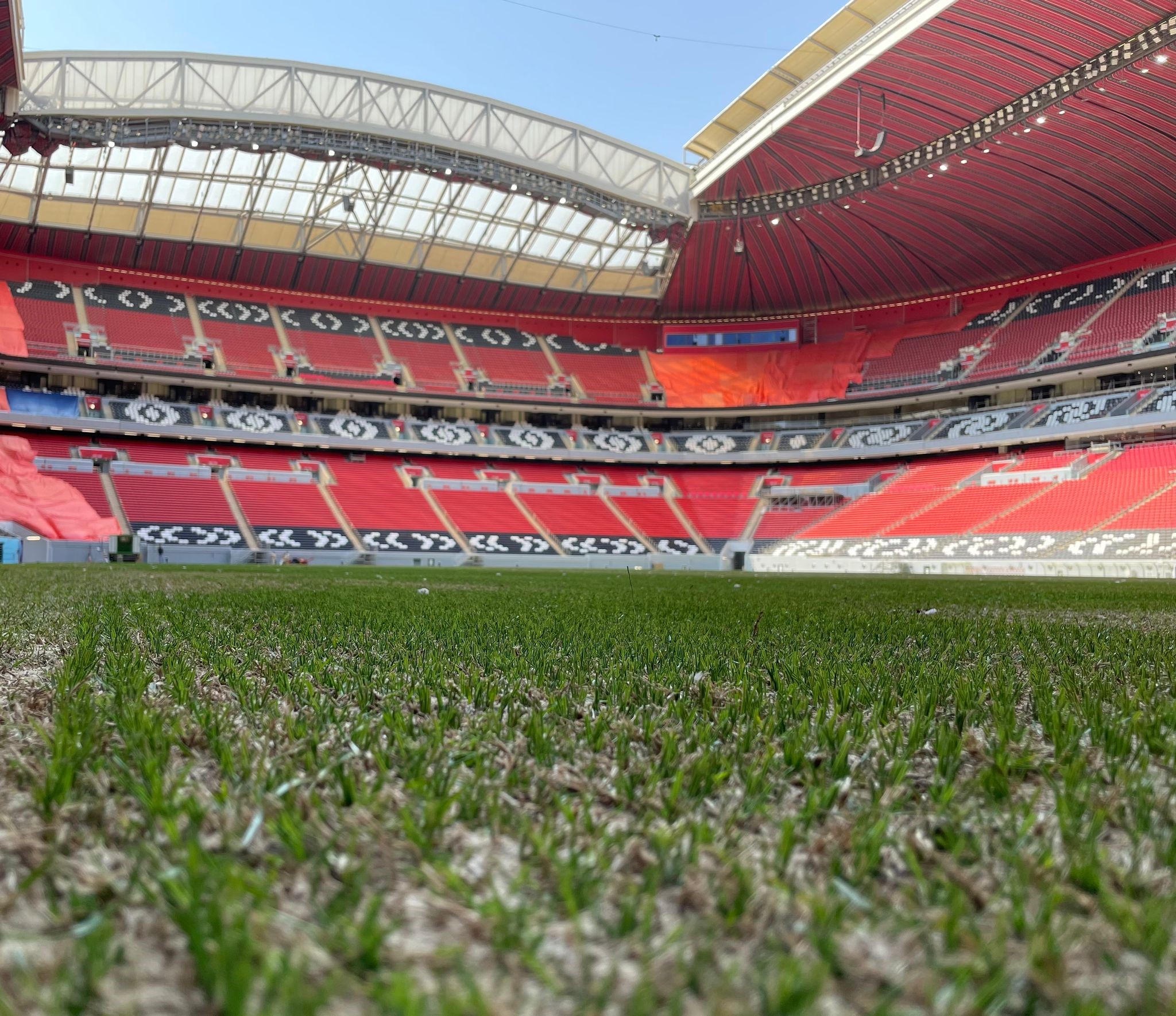 The Qatar Organising Committee has also employed GrassMax Systems to be on hand across all eight stadiums in case of an emergency.

GrassMax Systems is the stitched hybrid world leader with a 45+ market share.