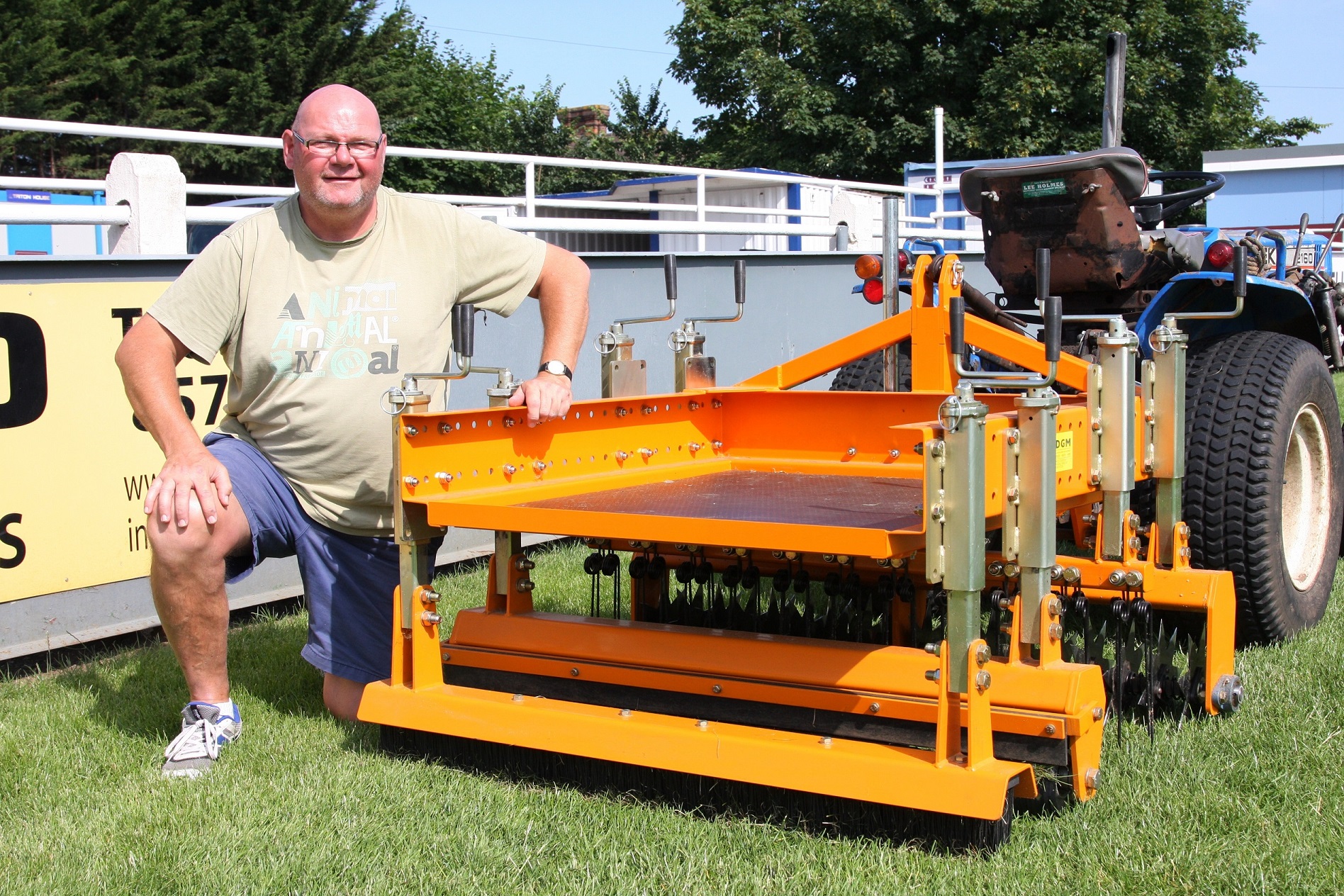 Quadraplay perfect for multi-tasking groundsman. Kevin Sturmey – chairman, chief executive AND head groundsman of Taunton Town FC, believes that the multi-functional SISIS Quadraplay single pass maintenance system has been a ‘god-send’ in helping him to maintain the pitch at the Viridor Stadium.

As a former Taunton Town Reserves player and previous club sponsor – Kevin Sturmey is Taunton Town through and through. When Kevin was appointed chief executive in late 2010, after being elected Chairman at the AGM in July 2010, he was determined to get his beloved club back on track and was willing do everything he could to help The Peacock’s rise through the English football leagues.

What started as a part-time CEO role soon became a full-time commitment and with the club experiencing financial difficulties for a number of years, Kevin took it upon himself to voluntarily become the head groundsman.

Seven years later, and while Kevin is paid for 27 hours a week in his role as chief executive, he is still undertaking all three positions with a working week consisting of over 80 hours.

Also renowned for being a multi-tasker is Kevin’s new SISIS Quadraplay, which was recommended to him by two Premier League groundsmen. Having been nominated for four successive Groundsman of the Year awards, winning the National Step 3 & 4 award in 2014 and runner-up in 2015, and twice being awarded the Southern League Groundsman of the Year, Kevin has had ample opportunity to rub shoulders with, and seek advice, from many of the country’s top groundsmen.

“The SISIS Quadraplay was actually recommended to me by Dougie Robertson (head groundsman at West Ham Utd FC) and Darren Baldwin (head of playing surfaces & estates at Tottenham Hotspur) who have been to the Viridor Stadium each year of the awards to assess the pitch. Year after year they would ask me if we have had any changes to the equipment and year after year it would be the same answer – which was no. They both spoke highly of the Quadraplay and felt that it would be perfect for us at Taunton. “We have never really had a lot of money to invest in equipment, so the small amount we do have occasionally we have to invest wisely.”

The SISIS Quadraplay multiple-purpose, single-pass maintenance incorporates a mounted frame for up to four implements such as grooming rakes, spikers, slitters, rollers and brushes. The implements can be fitted to the mainframe in any order and can be independently adjusted to achieve the desired effect. Compact, robust, versatile and with the ability to carry out up to four operations simultaneously – the Quadraplay makes life a lot easier for many groundsmen as Kevin explains.

“If you have got a very small time window, being able to brush, role, slit, and rake – all in one pass, is a god send. It’s the best investment we have ever made.

“The first time I had it on trial, someone actually said to me afterwards that it looked like I had cut it and that’s the beauty of it. In the winter you won’t need to cut when the grass is not really growing – however with the Quadraplay you are grooming it and also getting some air into it – so it is doing everything you need it to do all in one pass.

“Everybody expects to see stripes these days because they see them on TV but anybody can stripe a pitch – it is what underneath that counts and that is why the Quadraplay is vital. When the weather is bad, that is the real test, and it successfully helps me prepare a good pitch no matter what the conditions.”

New Partnership is good for Clubs and their Pitches

California Calling for Dennis and SISIS