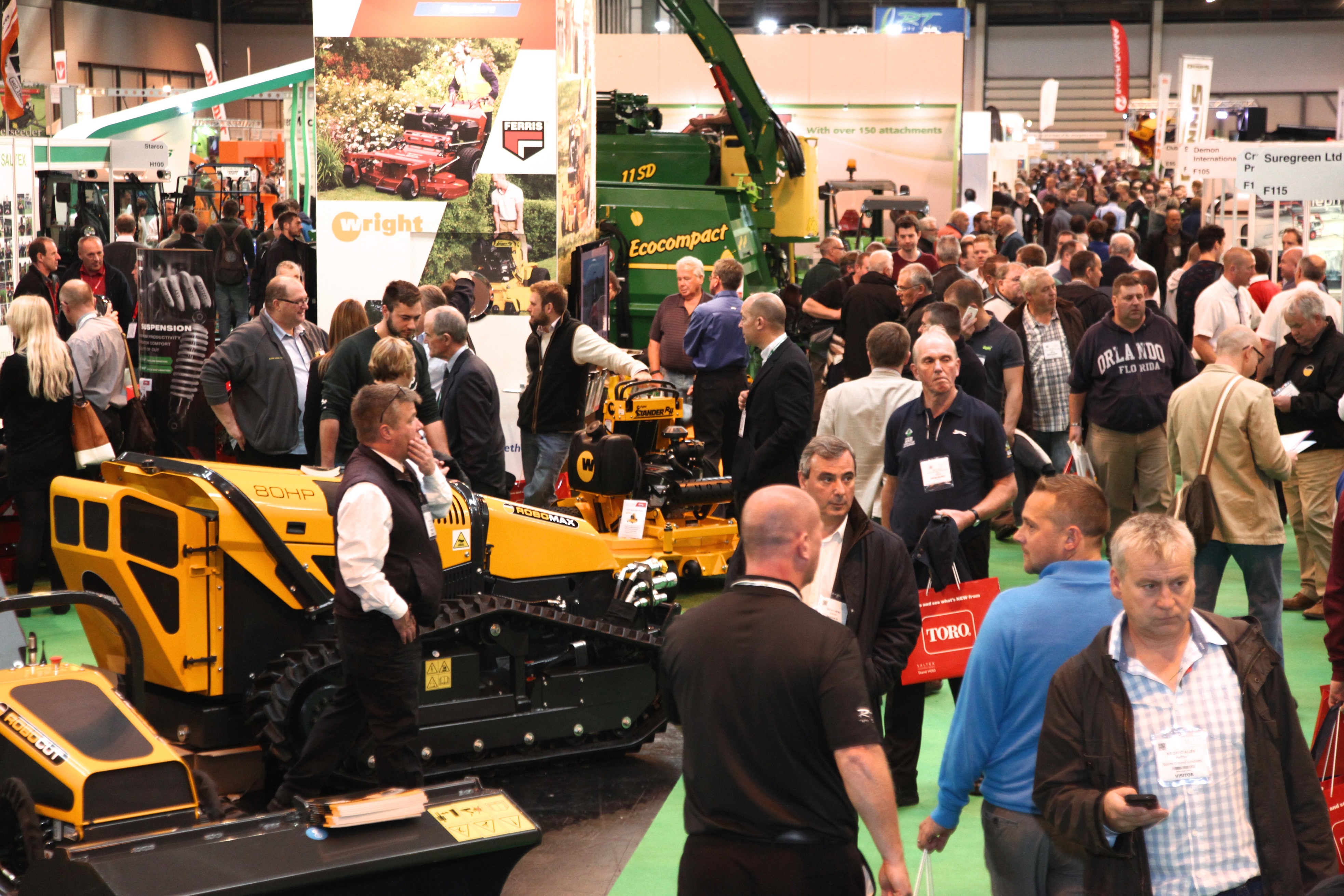 SALTEX 2016 continues to gain momentum after many of the industry’s leading names have confirmed their presence at this year’s exhibition, which will be at the NEC Birmingham from 2 to 3 November 2016.

John Deere, Toro, Ransomes Jacobsen, STIHL and Kubota will be returning to the show for a second consecutive year, so visitors can again expect to see an impressive line-up of top turf care equipment in addition to suppliers of leading groundscare products such as ICL, Rigby Taylor, Limagrain UK, Vitax Amenity and DLF Trifolium.

Commenting on Ransomes Jacobsen decision to return to SALTEX, Karen Proctor, marketing and communications manager, said: “We had a successful SALTEX at the NEC last year; the footfall was good and we generated some very positive enquiries, especially for our new MP range of wide area mowers. As a result of this, it was a simple business decision to attend again this year.”

John Deere’s turf division manager Chris Meacock, also revealed that a prosperous 2015 show was the reason behind exhibiting at SALTEX 2016: “We weren’t sure what to expect with the move indoors to the NEC, but it turned out to be a successful show for us and our dealers.

“There was a good level of enquiries of the right quality from visitors to the stand, who showed a great deal of interest in the machinery and services on offer. Our dealers also saw many of their customers and from that point of view the show proved to be useful and worthwhile.”

Jo Barton-Taylor, marketing co-ordinator for STIHL, commented: “We were really pleased with last year’s SALTEX show. It was busier than expected and we saw a lot of new faces with the new location giving better access to our northern dealerships. Like always there was a lot of interest in our STIHL Cordless System range and we were thrilled to receive ‘The Best Stand’ award for our site. We look forward to exhibiting at SALTEX again this year where we anticipate even more attendees.”

As well as more than 75 per cent of SALTEX 2015 exhibitors already confirming their return to this year’s event, over 30 new companies have also made the decision to exhibit.

Julian Simpson, managing director of Acorn Tractors, said that he was waiting to see how last year’s SALTEX fared before making a decision to exhibit.

“I attended last year’s event as a visitor and I made my decision to exhibit this year because of how good it was. We were really impressed,” he said.

As more exhibitors continue to sign-up by the day, 85 per cent of allocated floor space across the three halls has already been booked. The option of expanding the show footprint to accommodate the increasing number of exhibitors is now a real possibility according to SALTEX event director Matthew Knight.

“Many companies that didn’t exhibit in 2015 saw first-hand how fantastic the exhibition was and this has prompted them to take stand space this year to avoid missing a great opportunity. If we continue to receive the same level of enquiries and bookings then there is a great chance of expanding the show even further. It is our goal to grow SALTEX year on year and early signs are extremely positive.”

Only Mansfield Sand for Motherwell FC

Santa is moving to Burger & Bubbles this Christmas