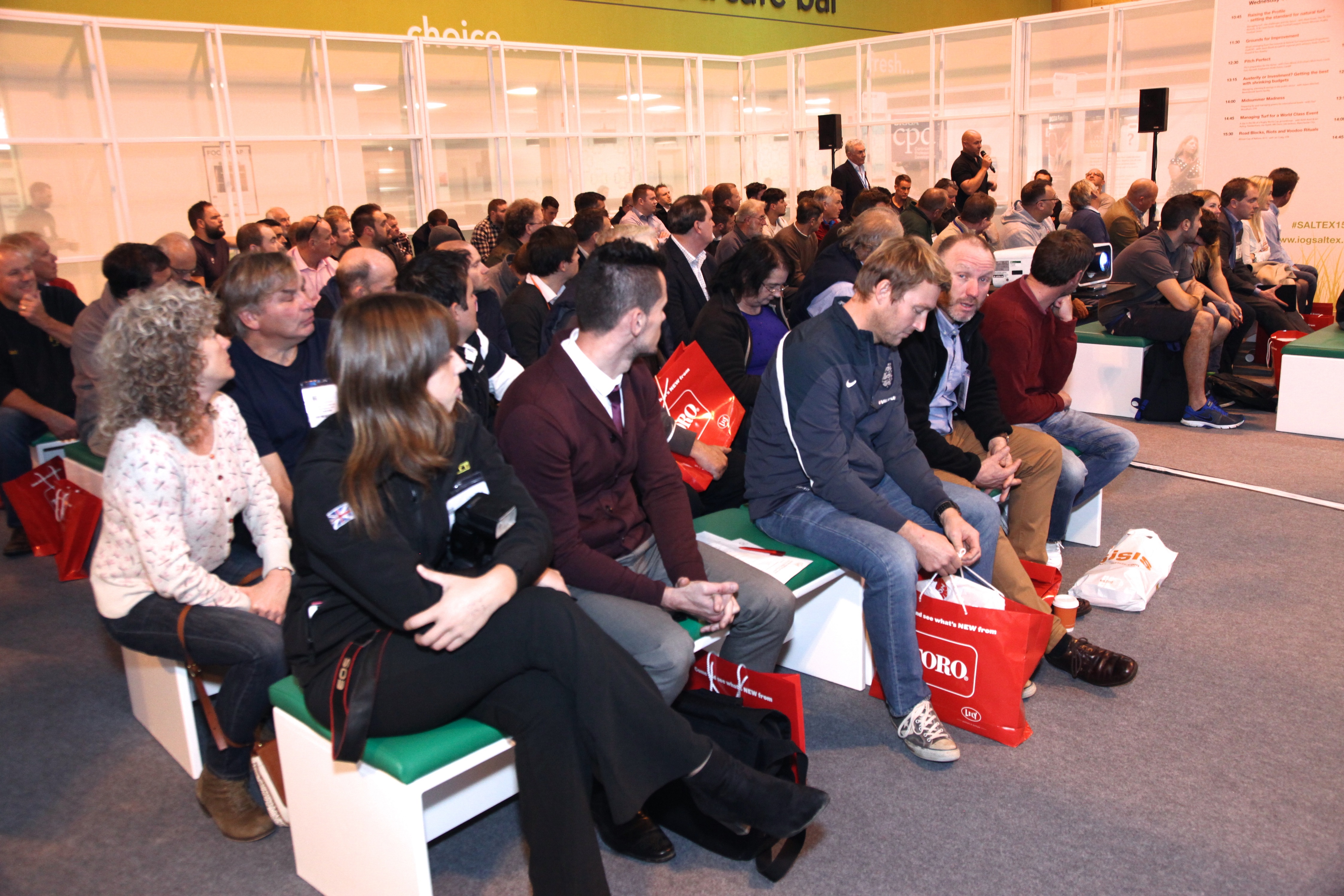 With 4 dedicated theatres, 53 unique seminars, 104 confirmed high-profile speakers and many key issues to be explored – Learning LIVE, SALTEX 2016’s FREE-to-attend educational programme, is undisputedly the place to be when the doors open at the NEC, Birmingham on 2 and 3 November.

A number of TV and radio personalities will be playing an integral role in the Learning LIVE programme and SALTEX will be the ideal opportunity to meet, see and hear from the likes of Darren Gough – former professional England cricketer and talkSPORT presenter; Barrie McDermott – former professional Rugby League player and Sky Sports pundit; Mark Saggers – journalist and talkSPORT presenter and Mark Clemmit – BBC presenter (The Football League Show)

Key personnel from world-class sporting venues such as Wimbledon (All England Lawn Tennis and Croquet Club); PGA Centenary Course – Gleneagles; Wembley Stadium; Stade de France; Parc des Princes; Twickenham Stadium and BT Murrayfield will be offering fantastic insights into what it takes to work at some of the world’s most iconic venues.

Representatives from major national governing bodies of sport including Sport England; the FA; Sport Scotland; the SFA; Scottish Rugby; the ECB; the RFU; the RFL and the Racecourse Association will be revealing the latest sports facility plans and funding developments in their respective sports.

Learning LIVE will not only help delegates gain knowledge from some of the industry’s leading experts but it will also prove to be a unique opportunity to gain more clarification on topical issues surrounding the industry.

In particular – the health fears raised over the use of rubber crumb infill in 3G artificial sports pitches. To shed more light on this, Professor Andrew Thorley – lecturer in Lung Cell Biology at the Imperial College in London will be on hand to offer his expertise and reveal what kind of research is currently being undertaken.

Elsewhere within the programme, visitors will have the opportunity to air their views and concerns regarding what impact leaving the European Union will have on the industry.

In an organised panel debate, the implications of Brexit will be discussed and panel members will actively encourage questions from the audience.

Chaired by John Moverley, this event could be of particular benefit to those wishing to be updated on the most recent banned substances such as carbendazim.

Elsewhere in the show, visitors are encouraged to bring in their soil samples to the Pathology & Soil Science LIVE feature, where renowned turf consultant Alex Vickers and MD of the Turf Disease Centre Kate Entwistle will be on hand at the IOG Hub (stand C180) to offer advice on its condition.

During this new feature, Alex and Kate will also be displaying short video clips on fungi and plant parasitic nematodes in greater detail.

Other new SALTEX features include the return of outdoor machinery demonstrations on the grass area outside Halls 6,7 and 8, the Young Groundsmen’s Conference sessions in Theatre 3 plus the much anticipated national SALTEX College Cup competition for registered students at land-based colleges.

The full programme of SALTEX events will be regularly updated via www.iogsaltex.com.

Visitor registration to SALTEX 2016 is free. To confirm your attendance visit www.iogsaltex.com

Deepdale keeps getting better and better

Social Media is Great for Lead Generation
Scroll to top