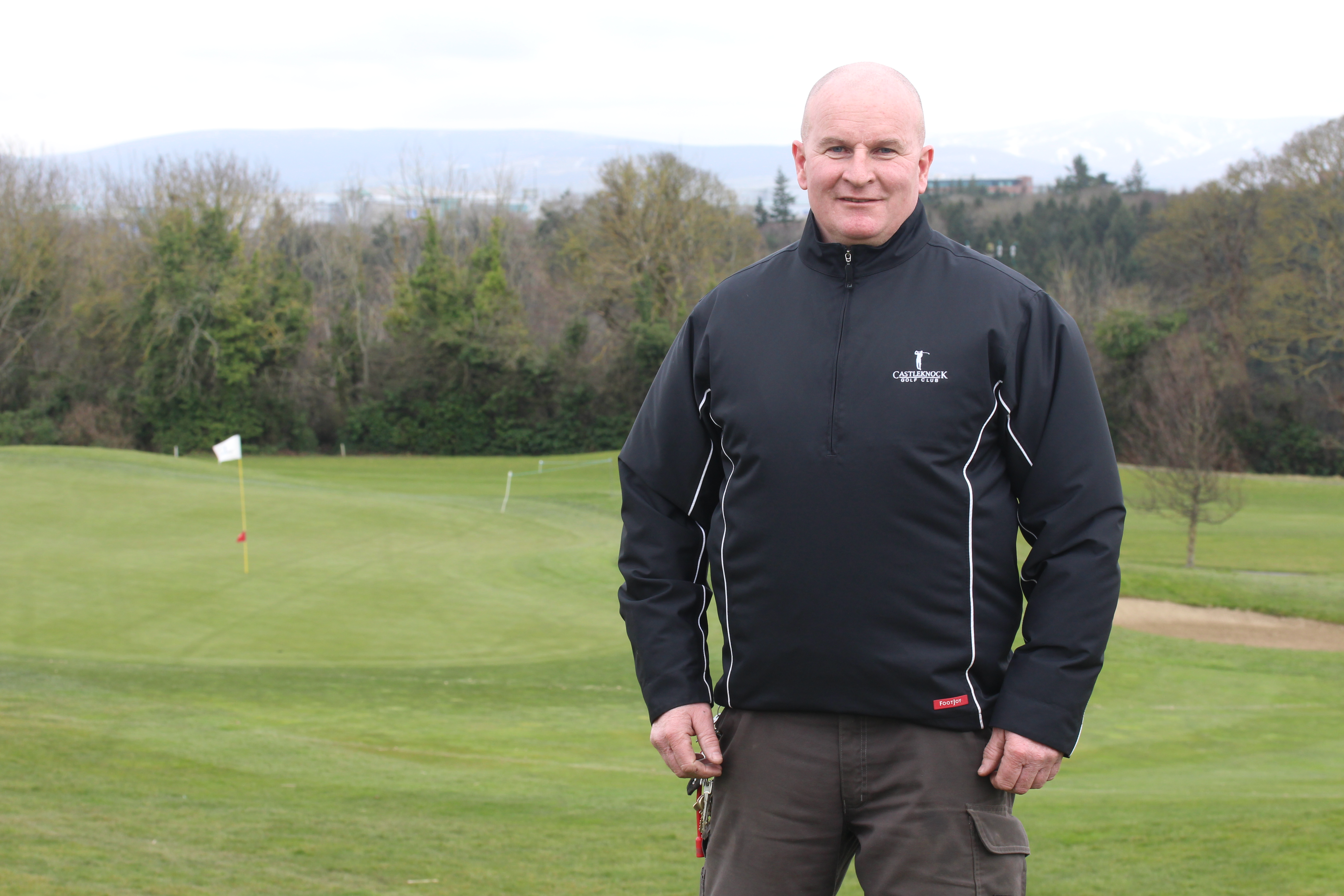 Sierrablen Plus a game changer at Castleknock. John Jennings, Course Superintendent at Castleknock Golf Club in Dublin, always used to struggle with achieving longevity from the fertilizers he was using – that was until he applied ICL’s Sierrablen Plus Stress Control 15-5-22 +2MgO.

Located in the leafy suburbs of Dublin, Castleknock Golf Club is one of the finest parkland courses in the country. With its undulating greens, the course is designed to test golfers while maintaining that all important element of fairness. There are a number of memorable holes on the course, most notably the 9th and 18th, and two par 3’s over water that share a double green, with the clubhouse providing a stunning backdrop.

Tasked with keeping the course in impeccable condition is John Jennings. John started his career at Castlebar Golf Club before moving to the Grange Golf Club in 1984 – where he worked for 16 years.

In 1999 John accepted the position of Assistant Superintendent at Carton House where he worked under John Plummer. During this time he undertook the responsibility of the grow-in of the O’Meara and Montgomery Courses. He spent four years in this position before taking the role of Course Superintendent at Castleknock Golf Club in 2004 – which corresponded with the opening of the course.

Now a vibrant club with a growing membership which currently stands at approximately 900 members, Castleknock can see up to 40,000 rounds of golf a year played on the course. As you would expect, to cater for this high amount of usage the course is maintained to the highest standard.

Generally, John does not encounter too many issues, which is testament to his work, but he does admit to a slightly problematic area on his fairways.

“I have used many controlled release fertilizers over the years and struggled to get longevity and colour due to the high sand content in my fairways. However, since I began using Sierrablen Plus fertilizers two years ago it has become a game changer.”

John is one of many turf managers who has benefited from using a range of products in the Sierrablen Plus portfolio. This is largely thanks to the Poly-S and PACE technologies which are contained within each analysis. They have been scientifically proven to provide consistent feeding, enhanced longevity and a low-scorch risk. Furthermore, its small-sized granules allow for even coverage and equal nutrient distribution. These fertilizer products offer a wide choice of analyses for proper nutrient input for every growth phase of the turf, and John has certainly noticed significant improvements since the product.

Featuring high potassium content to strengthen cell walls, John applied the analysis to his fairways in September 2017 and despite the incredibly harsh winter, it was still having a positive effect in March 2018. John was so impressed with the product that this year he applied Sierrablen Plus Stress Control to his tees and was pleased to see remarkable progression so soon – again in unfavourable weather conditions.

“I am extremely impressed with the early response and sward density achieved when using the product, giving uniform growth that lasts 6 – 7 months. I will continue to use it and would highly recommend it to anyone,” he said.