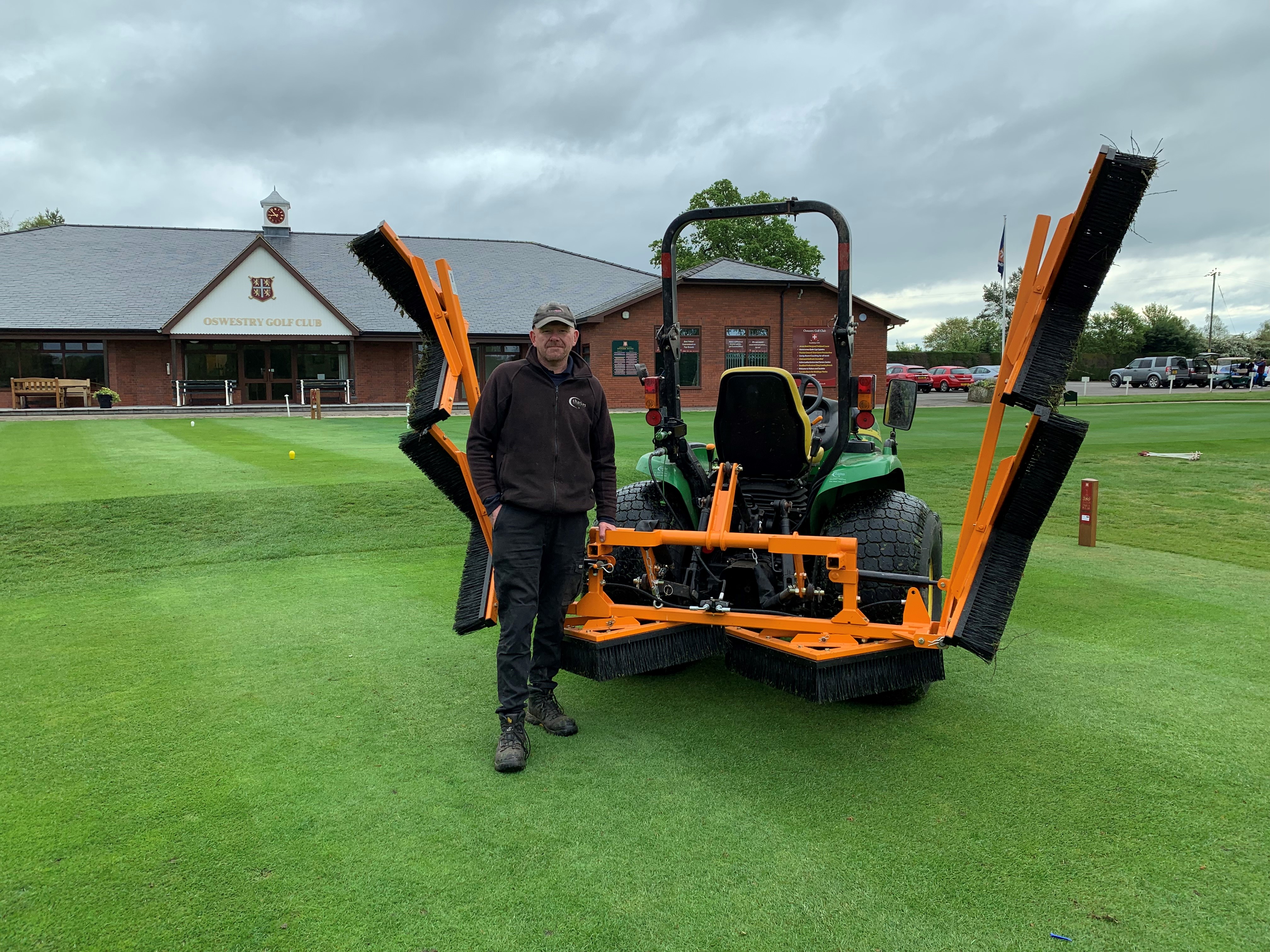 Gary Barnfield, head greenkeeper at Oswestry Golf Club in Shropshire, claims the SISIS Flexibrush has proved to be an ideal solution for controlling worm casts.

Oswestry Golf Club is a mature parkland 18 hole course set in the glorious Shropshire countryside and Gary has been working at the club for an impressive 31 years after joining as an apprentice. Over the years he has worked his way up through the ranks and six years ago he was promoted to the position of head greenkeeper.

Since taking over as head greenkeeper Gary has implemented a number of changes to the maintenance regimes which has no doubt reinforced the club’s reputation for being in an excellent condition all year round.

However, over recent years Gary claims that he has faced arguably his biggest challenge after a number of chemicals were removed from the turfcare market.

“With the ban of certain chemicals we have not been able to use what was once in our armoury,” he said. “This proved to be problematic, as it no doubt did for every other greenkeeper, but the biggest loss was Carbendazim. Unfortunately the worms came out and more and more casts were appearing so we had to come up with a solution.

“An STRI advisor came to visit us and recommended that we apply some sand to top dress to the areas and also to brush the worm casts and level them off before we cut. We needed to find ourselves a reliable machine that would give the worm casts a rigorous brush and we trialled four brushes from four different brands. The SISIS Flexibrush was the stand out machine.”

The SISIS Flexibrush is a tractor mounted brush which is equally effective to disperse top dressing and remove excess material on natural turf and on synthetic surfaces. The versatile Flexibrush can also be used for dew dispersal and striping for improved presentation. It has a 5.35 metre working width, its brush sections float to follow ground contours and the outer sections fold for transport and storage.

“It’s not only great for brushing the worm casts but it also stands the grass up before we cut – which improves the quality of the cut and gives us better presentation,” said Gary.

“In fact, the Flexibrush has got multiple uses because we use it for knocking dew off in the mornings and also in the winter months when the turf is not growing so much we will brush instead of cutting to keep the presentation to a high standard.

“Ultimately, we had to do something about the worm casts and the Flexibrush has done a brilliant job. I think it is a great alternative to spraying the worms and I think more greenkeepers will go down this route.

“It has been a cost saving exercise for us too because we used to have contractors come in and spray the worms but the SISIS Flexibrush was a one off payment and we get to keep it for us long as we like.

“It’s such a well-built machine and nothing can really go wrong with it – I think it will probably even outlast me!”

Nothing but MM50 for Sportsturf Management

5 Things to Stop Doing on LinkedIn

E2Pro the remedy for greens at Warren GC

Fusion Media – Our year in Numbers