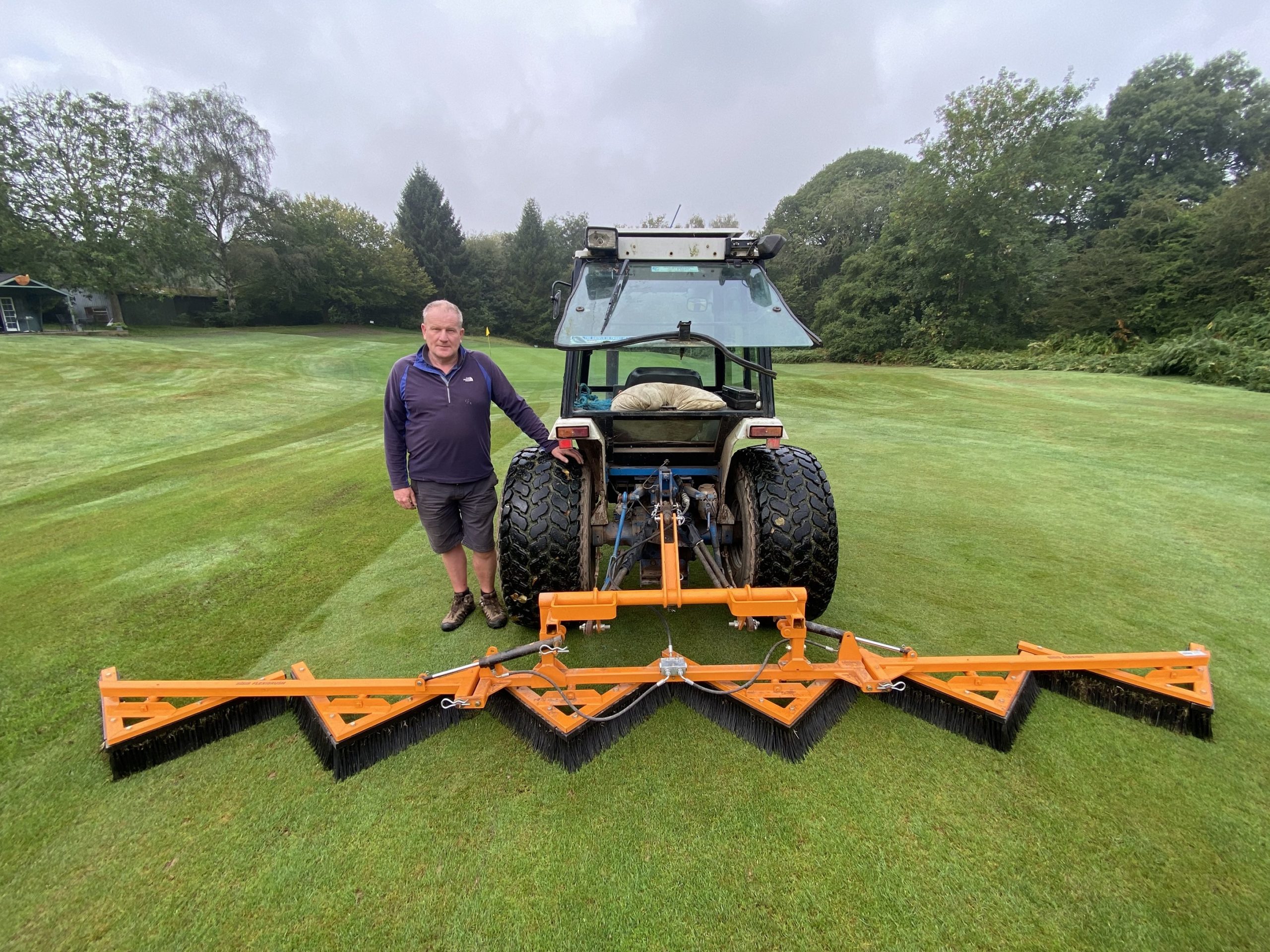 Worm cast dispersal, dew removal, standing grasses up prior to mowing and excellent presentation – the versatile SISIS Flexibrush is having a positive impact on the fairways at the Herefordshire Golf Club according to Head Greenkeeper Jeremy Browne.

Jeremy has seen many changes in the 31 years he has been at the club, but he believes the arrival of the new owners is proving to be one of the most beneficial.

“The new owners have come in and are really starting to make a difference,” he said. “They have invested in the club house which is having a renovation; they are planning on introducing more drainage around the course and they are committed to investing in new equipment.”

As an ex-mechanic, Jeremy has always prolonged the life of his greenkeeping equipment by servicing and repairing it himself, however he admitted that the opportunity to get his hands on new machinery was music to his ears.

“I like repairing machinery but all the time I’m doing that, I’m not out on the course,” he said. “I was delighted when the owners came to me directly and asked what I needed. I told them that to keep me out on the course, then I needed the most reliable equipment.

With fairways being his first port of call, and with an increasing amount of worm casts appearing, Jeremy narrowed his search down to two possible machines.

“We thought that the SISIS Flexibrush would be the better product for us,” he said. “With all the moving brushes it seemed to follow the contours and the undulations on the course a lot better than the alternative.”

The SISIS Flexibrush is a tractor mounted brush which is equally effective dispersing top dressing and removing excess material on natural turf or synthetic surfaces. The versatile Flexibrush can also be used for dew dispersal and striping for improved presentation. It has a 5.35 metre working width, its brush sections ‘float’ to follow ground contours and the outer sections fold for transport and storage.

“Wormcasts was the main issue, obviously they smear when you are cutting and can be a bit of a nuisance,” said Jeremy. “With less chemicals now available, we must look at going back to more effective natural ways and the SISIS Flexibrush was the best solution because it can be used for multiple tasks.

“For example, in the winter when we are unable to cut the grass, we can use the Flexibrush to stripe and ensure that the fairways are nicely presented. We have also used the Fleixbrush to stand the grasses up before cutting because it provides us with a better finish; and it is great for knocking the dew off.

“The size and width of the machine are ideal,” continued Jeremy. “We can cover larger areas and it folds up so it can be stored nicely, and you can get through small gaps if needed.

“I wanted something reliable, and I have that in SISIS. The Flexibrush is certainly an important part in our armoury.”

SALTEX to celebrate 75 years of groundscare equipment
Scroll to top