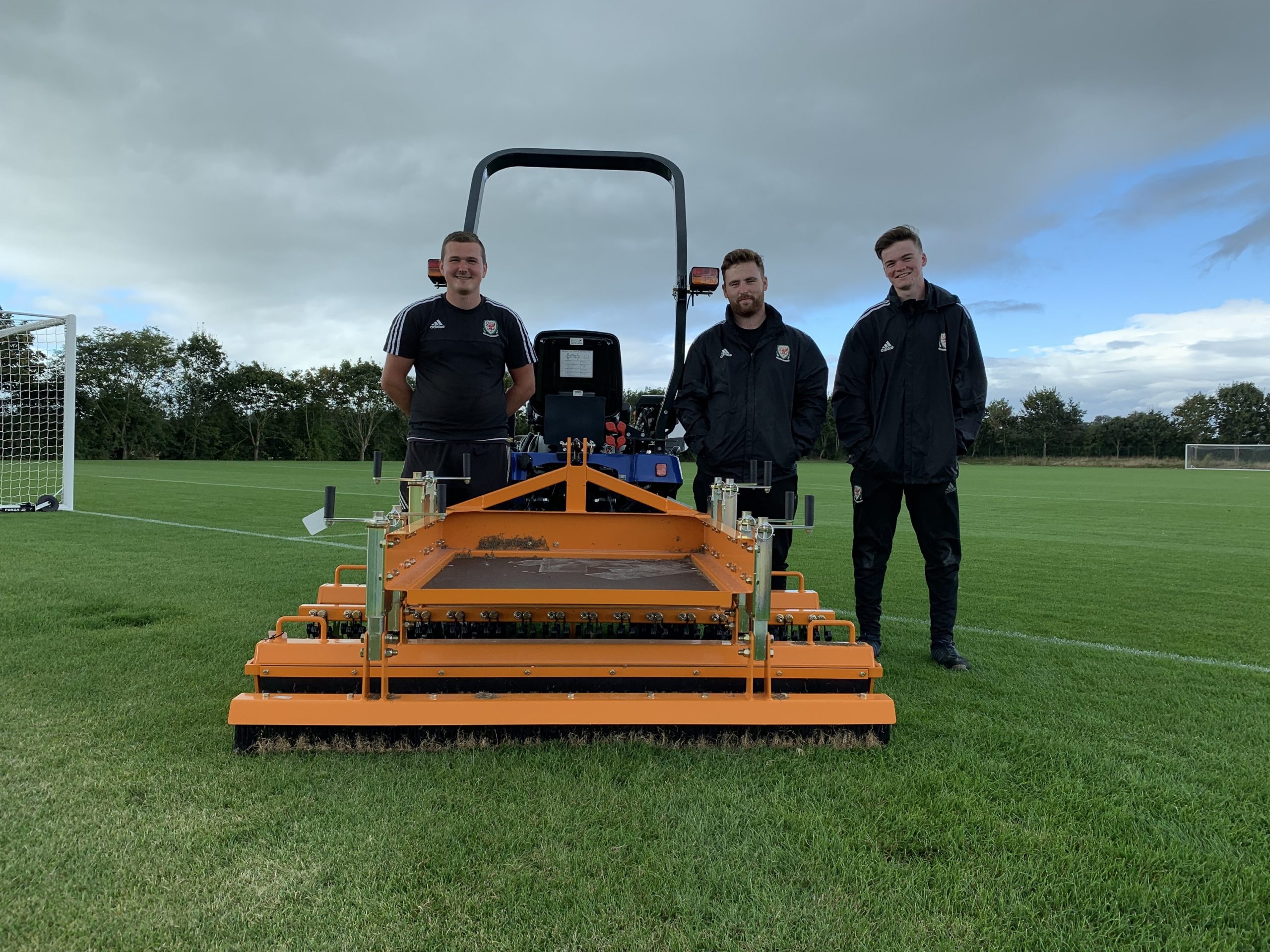 Colliers Park in Gresford, Wales has recently benefitted from a major renovation following the FAW’s acquisition of the site. It has now transformed into an elite training facility which boasts two full-size training pitches and a synthetic pitch.

Dylan embarked on his new role in March 2019 and found himself with an arsenal of brand-new turf maintenance equipment at his disposal. The new equipment was based on what the grounds staff use at Dragon Park (the FAW’s other football development centre) and there were two machines which particularly caught Dylan’s eye.

“After using them for the first time I could immediately see why both the SISIS Quadraplay and the SISIS Multitiner were high priority,” said Dylan. “They are both superbly built and can carry out a wide range of tasks.”

As Dylan says, the multi-functional SISIS Quadraplay single pass maintenance system is perfect for busy groundsmen as it incorporates a mounted frame for up to four implements such as grooming rakes, spikers, slitters, rollers and brushes. The implements can be fitted to the mainframe in any order and can be independently adjusted to achieve the desired effect. Compact, robust, versatile and with the ability to carry out up to four operations simultaneously – the Quadraplay makes life a lot easier for many groundsmen as Dylan explains.

“We’ve got the four implements and we mainly use it for brushing and raking. When we are brushing, we will have the slitter down and go as low as we can go just to provide a little aeration – it is great at breaking up the surface algae if we have any. The roller is used to give the pitch a light roll, rather than compacting and is perfect for a nice presentation. With regards to raking we will vary the depth depending on how aggressive we want to be. We’ve done a lot of raking this summer because there was a lot of thinning out required. It has kept the pitch nice and clean so that it is not suffocating.

“I would say that we use the Quadraplay at least once a month – it’s nice and easy to use and changing the depth of the implements is incredibly simple. It is one of those machines which you can get on and complete a number of tasks within a short timeframe.

“Likewise, the Multitiner has 3-point linkage, no hydraulics and there is no messing about – it is quick, simple to set-up and effective.”

For further aeration requirements Dylan relies on the SISIS Multitiner 1.8m – a tractor mounted drum-type aerator. It has three drums with independent rotation and its interchangeable tines with a maximum depth of 100mm ensure excellent turf care when the time comes to aerate.

“The amount we use it all depends on the amount of pitch usage and the weather conditions but we have a general rule of trying to use it on a fortnightly basis,” said Dylan. “On the fibresand pitches we try and keep the structure firm so we will use the Multitiner just to give us a bit of surface aeration.

“Ultimately it keeps the turf healthy and clean and that is exactly what I want.”

A message to our customers and suppliers