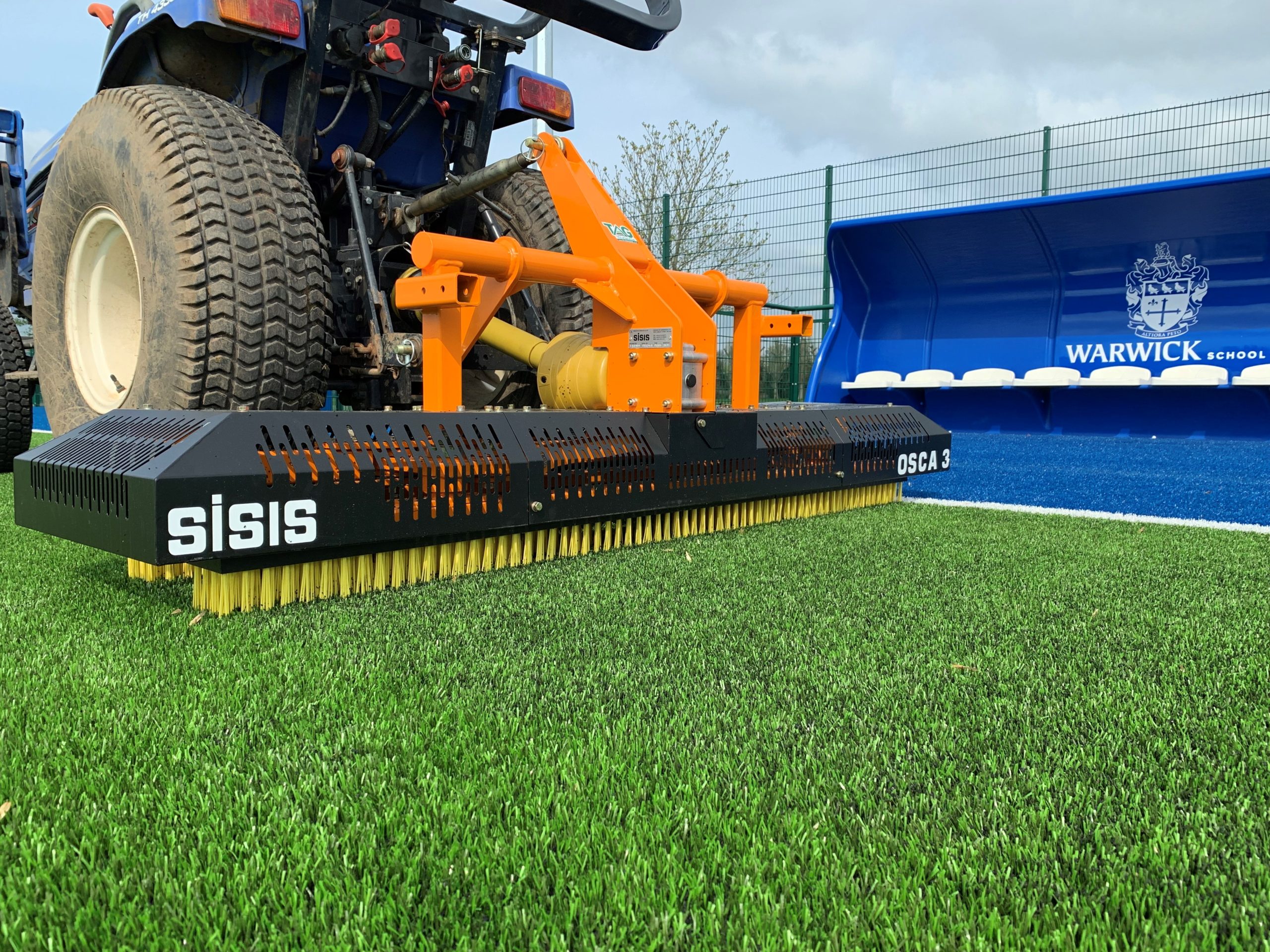 Once Warwick School had decided to invest in a new synthetic pitch, Grounds Manager Duncan Toon felt that the SISIS Osca 3 tractor-mounted oscillating brush was the only machine that could maintain the new surface effectively and truly justify the major investment decision.

Sport plays a significant role for the pupils that attend Warwick School and its teams excel in a number of sports including cricket, rugby and hockey. However, while the school’s sports teams are making the headlines on the pitch, it is Duncan and his newly assembled team of six grounds staff that make it all possible.

Duncan, who has been in the role for nine months, was tasked by Warwick Independent Schools Foundation, which includes Warwick School, Warwick Junior School, King’s High School and Warwick Preparatory School, to significantly improve the sports surfaces used by all its schools.  He is now responsible for the eight hectares of grassland and all of the gardens and sports facilities.

“With the investment which has been made into the synthetic surface, I felt that we needed to have the best equipment to maintain it and for me the Osca was essential.

“I was actually looking online and I came across some videos of the SISIS Osca in action and after much research I felt that it was the one machine which massively stood out and the one which I believed would make the biggest difference to us.”

The SISIS Osca is a tractor-mounted powered oscillating brush with a 1.9 meter working width and is equally effective when used on synthetic turf with sand or rubber infill. The two oscillating brushes stand up the carpet fibres and redistributes the infill, minimising compaction on the surface and improving its performance – giving consistent playing characteristics while preventing pile damage caused by reduced infill levels.

A contributory factor to the reduction of compaction is that the Osca’s working width will use fewer passes than other more conventional drag brushes to complete a pitch. Its aggressive brushing action agitates the upper infill level of the surface from side to side as well as brushing forward, helping reduce surface compaction and encourage the fibres to stand up straight which reduces the risk of contamination, drainage problems and leaves a consistent playing surface across the whole pitch.

For a school that thrives on sport, the synthetic surfaces at Warwick incur a lot of usage which means that regular maintenance is of the utmost importance – as Duncan explains.

“Over the course of a year, the pitch averages four hours of play every day and we use the Osca on a fortnightly basis. It is a great machine and when you run your fingers through the pitch after you have used the Osca, it is clear to see that the de-compaction it offers is simply on a different level. Since we have been using it the pitch has significantly improved.

“The Osca’s oscillating brushes are the best feature and are very unique. Not only do they get rid of any compaction problems but they also provide a fantastic finish. Thousands of pupils play on this pitch so maintaining it effectively is important for player safety but you can’t forget about the presentation either. The SISIS Osca ticks both of these boxes.” 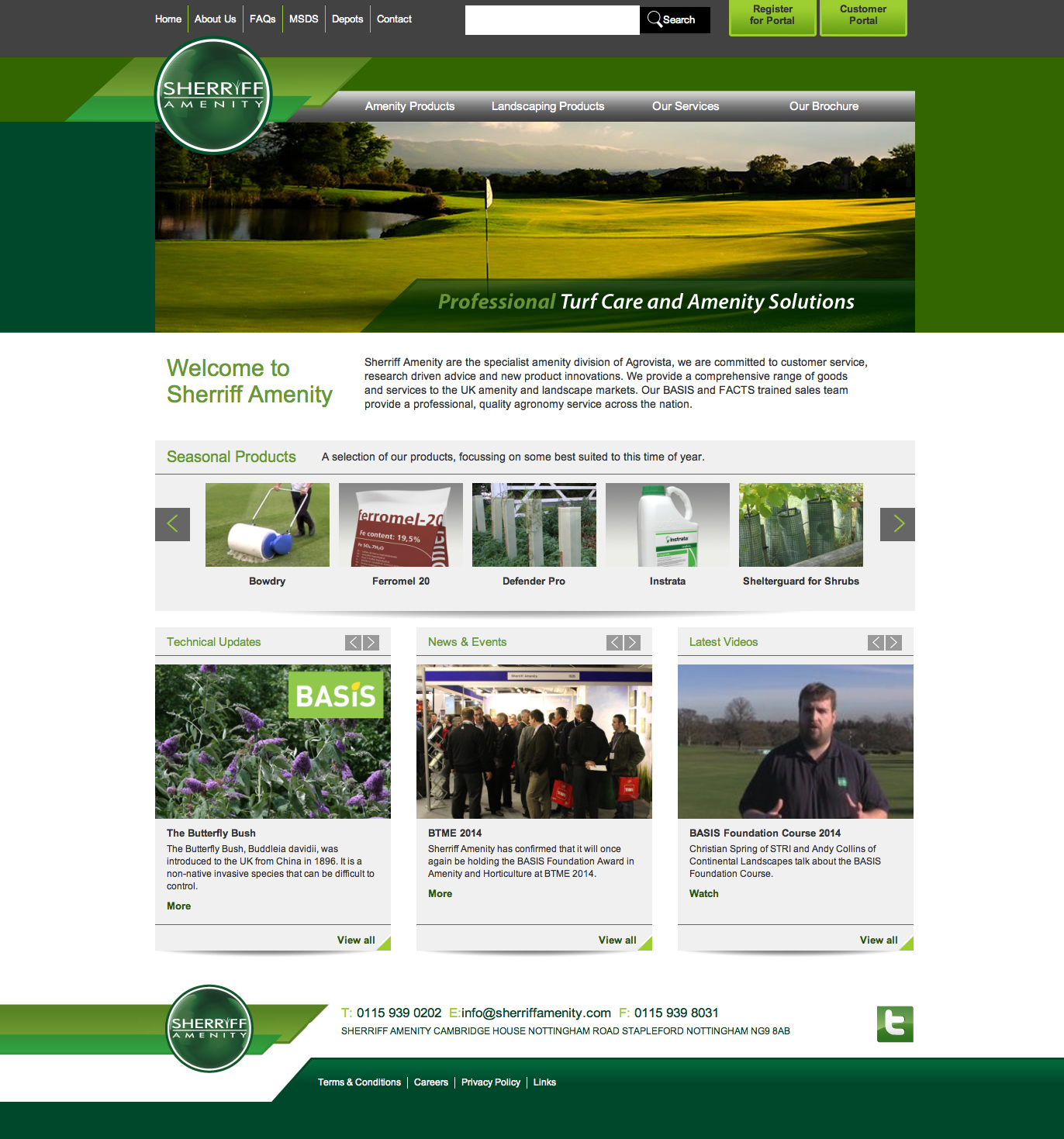 Ordering Made Easy with Launch of New Sherriff Amenity Website