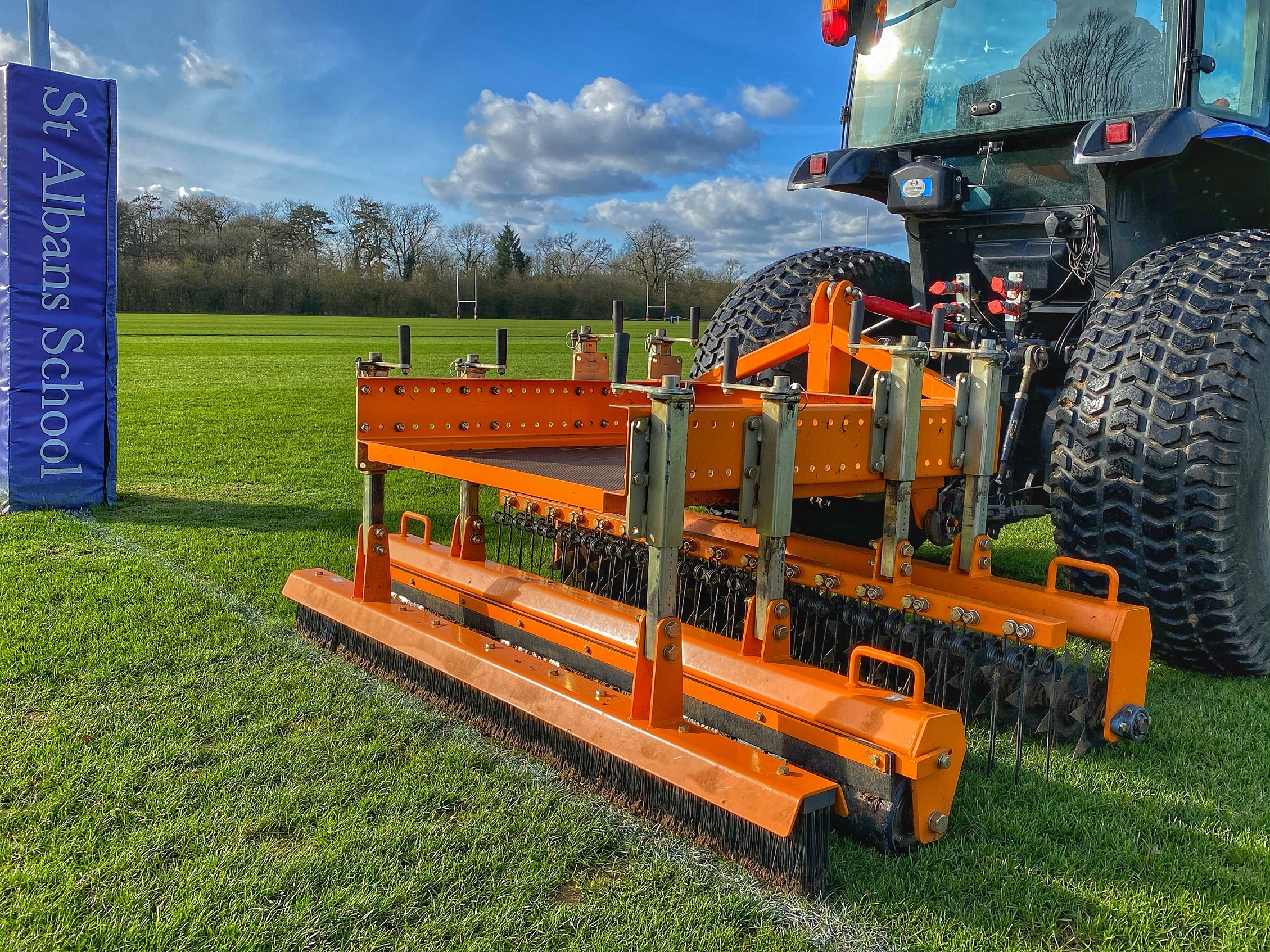 The removal of Carbendazim from the groundcare market meant that St Albans School needed an alternative solution to combating worm casts and they found exactly what they were looking for in the SISIS Quadraplay.

Ian Smith, turf consultant for St Albans School, Woollam Trust Playing Fields, has long been tending to the outstanding facilities which includes 23 winter pitches for rugby and football, an all-weather hockey pitch and 8 cricket squares. The Woollam Groundstaff team have established a glowing reputation for producing the quality playing surfaces that play host to the school’s exceptional sporting teams.

Ever the perfectionist, Ian was concerned when they were unable to continue spraying the field with Carbendazim – a fungicide which deters worms from entering treated soil.

“Worm casting was starting to become a problem again after the loss of Carbendazim, so I started asking various groundstaff in the area their thoughts on finding a solution,” he said.

“Mark Rolph, who is now part of our team at Woollam’s, informed me how effective the SISIS Quadraplay had been for him at his previous job and in addition to this, Keith Kent former Head Groundsman at Twickenham Stadium also recommended it.

“We thought we’d give it a try and it has been absolutely brilliant for us.”

The SISIS Quadraplay multiple-purpose, single-pass maintenance incorporates a mounted frame for up to four implements such as grooming rakes, spikers, slitters, rollers and brushes. The implements can be fitted to the mainframe in any order and can be independently adjusted to achieve the desired effect. Compact, robust, versatile and with the ability to carry out up to four operations simultaneously the Quadraplay makes life a lot easier for many groundsmen.

Regular use of the SISIS Quadraplay combined with a top layer of sand dressing has worked wonders according to Ian.

“We had been encouraged to keep sand dressing our pitches, so every year 60 tons per pitch is applied and we have been doing this for past 20 years. This on top of sand amelioration during construction has led to a root zone that is a 70/30 sand soil mix. If it was just clay then it would seal in wet weather and would become unplayable for long periods.

“The sand dressing has stopped the surface from capping off and means that the worm casts now contain a lot of sand. This means that they are broken up and spread evenly by the slitter, spring tines and brush when the Quadraplay is used.

“I have been surprised at just how effective the Quadraplay has been – the surface levels are better than I was expecting, and the presentation is good. Considering the amount of rain we have had this year the pitches are not laid with water either and this is probably down to the Quadraplay keeping the surface nice and open.”

Etesia Recognises Success of Dealers at ‘Partners in Excellence’ Awards