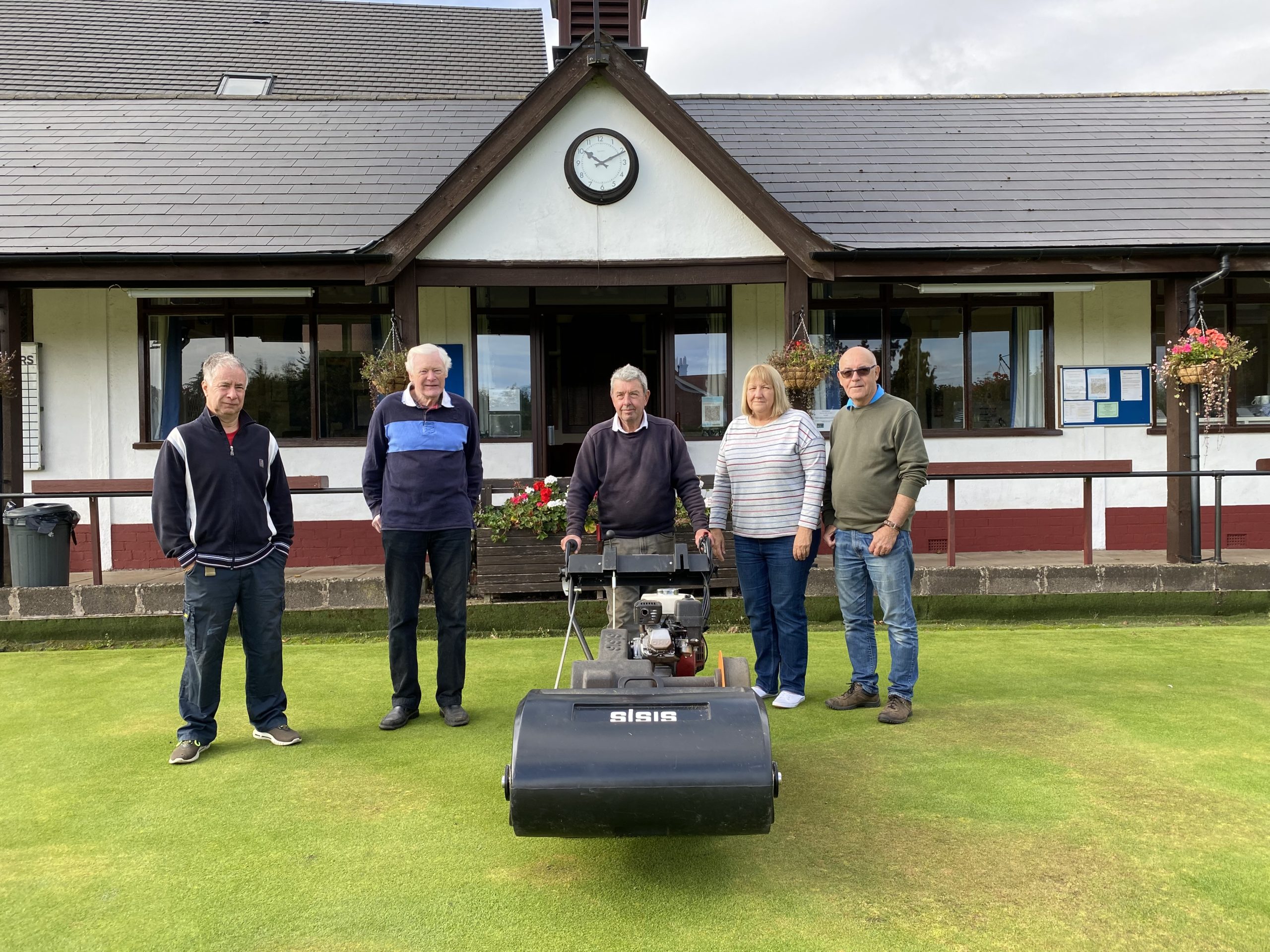 Rykneld Bowling Club, in Derbyshire, has not only benefited from a new SISIS Auto Rotorake Mk5 but has also seen major improvements to the green after various committee members enhanced their greenkeeping knowledge through the Dennis and SISIS virtual bowls seminar portal.

Founded in 1918, Rykneld is one of the longest running bowling clubs in the county and over recent years has also become one of the most successful. It boasts a thriving membership and some of the best players in Derbyshire, which is testament to just how good the green has become.

“Lately we have been getting great feedback,” said committee member Malcolm Holden. “That is not only from our own members but also from visiting teams. The improved surface has enabled us to have a South Derbyshire Premier League team excelling at the club.”

Looking after the green at Rykneld is very much a team effort as five committee members work hard to maintain it. They have recently enhanced their greenkeeping knowledge after becoming members of the free Dennis and SISIS virtual bowls seminar portal.

On the portal, members have access to regular, updated video seminar sessions on a wide range of relevant topics written and hosted by expert speakers. At the click of a button, users can also ask questions to the various experts and tap into their vast amount of experience and knowledge. Other resources on the portal include downloadable PDF’s containing seminar content, case studies, more informative videos, links to key products and vital information on funding.

“We have been following the videos on the portal religiously,” said Malcolm. “The portal is fantastic, and it covers every kind of topic you can think of when it comes to greenkeeping. We document everything we do, and the virtual seminars are helping us to continuously improve the green.”

Thatch is one particular issue that Malcolm and the team have been trying to solve through the seminar portal. Recently their efforts were boosted after the club purchased a SISIS Auto Rotorake Mk.5.

The SISIS Auto Rotorake Mk.5 is a powerful self-propelled heavy duty scarifier designed for the removal and control of thatch on fine turf. It features a contra-rotating reel with specially designed tipped blades for a clean, consistent cut and maximum thatch removal. A variety of maintenance tasks can also be carried out due to a selection of seven different interchangeable reels.

“The green has built up about 100 years of thatch, and it is slowing the green down,” said Malcolm. “It is not going to be a quick fix, but we are really stepping things up with the SISIS Auto Rotorake now.

“We’re already starting to see progress because of the amount of air it is helping us to get into the soil. Prior to the Auto Rotorake we were using a hand pulled spiker which was incredibly tough to pull – it was physically exhausting! The Auto Rotorake is just a brilliant machine which we are using on a fortnightly basis.

“That is what you get from Dennis and SISIS. Of all the suppliers we deal with, they have got to be the best. If they say they’ll do something, they will always do it – they keep their word, and I can’t fault them at all.”

Dennis PRO 34R perfect for the Pilgrims
Scroll to top