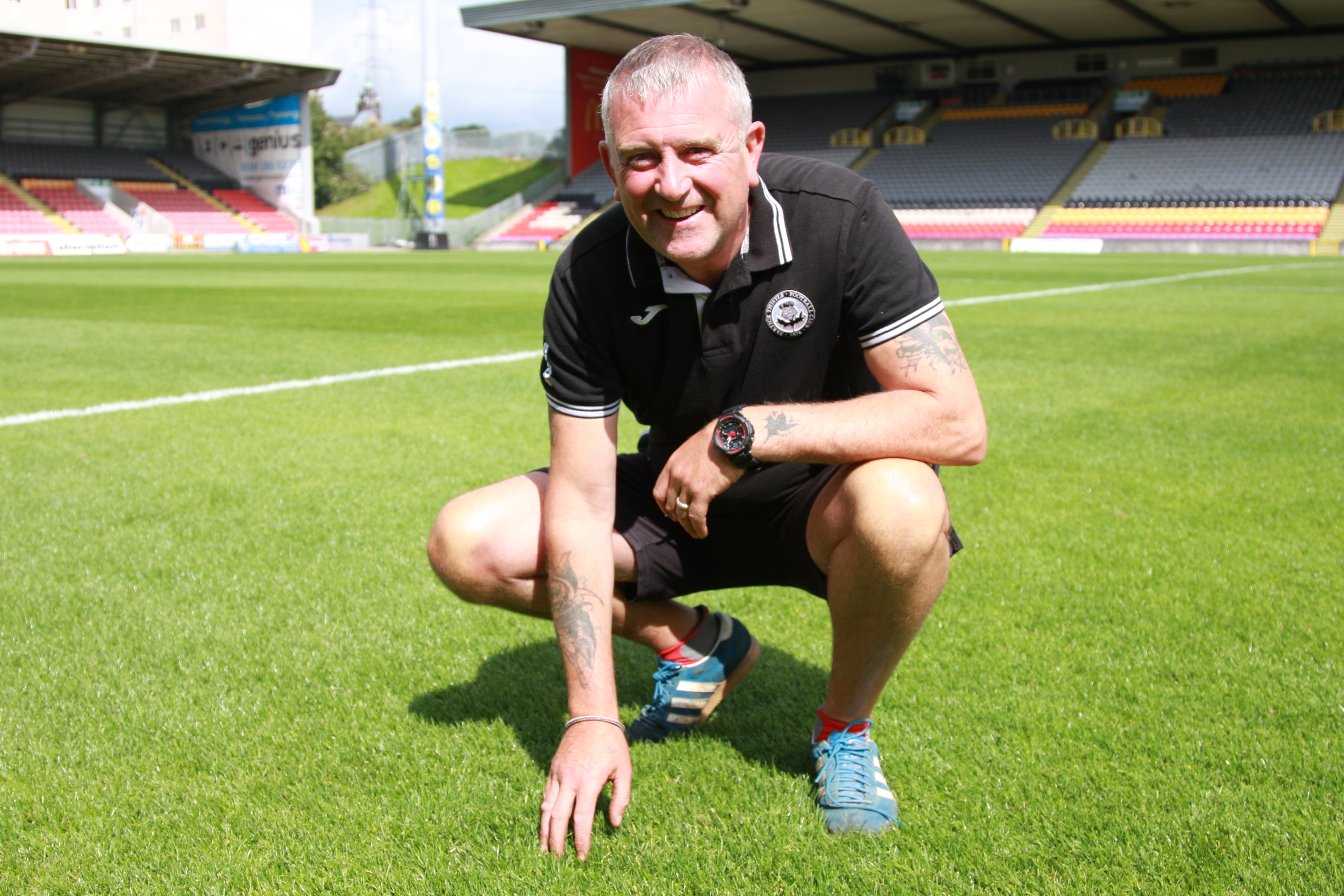 It is probably fair to say that Alan has had his work cut out throughout his six years as head groundsman at the Firhill Stadium.

When he first started working at the club, rugby union team Glasgow Warriors were also tenants, which meant that he was tasked with maintaining a dual purpose pitch for both rugby and football.

There were times when he would have to prepare the pitch for a rugby game on a Friday evening followed by a football game the very next day.

Glasgow Warriors eventually departed from Firhill in 2013 but the damage had already taken its toll. With an already ageing pitch, the feeling was that the soil was so compacted because of years of use.

The undersoil drainage pipes and heating were also not functioning correctly and were starting to cause major problems. Something needed to be done according to Alan.

“The winter was horrendous last year and we had to have four home games postponed due to a waterlogged pitch. Every game that we lost was probably £20,000 in revenue we missed out on, so although we’d have to pay to install a new pitch and drainage system – we hoped that it would actually prevent us from missing out on that lost revenue.

“The job went to tender and Souters Sports, who were one of the companies in the frame, did a similar job at St Johnstone FC recently. With that in mind I suggested the club go with Souters. The fact that they work with pretty much every football club in Scotland gave me even more confidence.”

With Partick Thistle’s season not finishing until Sunday, May 22 and with the 2016/17 campaign starting less than two months later, in mid-July, with the group stages of the revamped League Cup, there was an incredibly short window to get the work completed.

However, the Souters Sports team were confident that they could do the job within this time period and got to work the very next day after the last home game of the season.

To help with the drainage issues, the Souters team planned to dig wider trenches to install the new twin lateral pipes.

The old system drained every 10 metres through 4 inch channels but the team increased that to 12 inch channels every 5 metres which were then back-filled.

The Souters irrigation team then came in to install the new valve boxes and complete the pipe work to provide the new sprinklers on the pitch.

Next, the secondary drainage was installed before some fresh free-draining material was brought in. Cultivations and levelling proceeded and then it was finally seeded.

Alan admitted that the short window in which Souters had to work was a cause for concern, but as he revealed, they certainly didn’t let him down.

“My main concern was that the pitch renovations had to be completed within two weeks. Souters promised me that the job would be done in that time and fair play to them – it was, and to an excellent standard.

“I’m very pleased with the job, everything went incredibly well and the seed started to germinate within a week. Last season I had to drag a hose to the middle of the pitch to use it as a sprinkler – which is not practical for half time watering. But now I can give it water whenever it needs it through the new irrigation system, which has been a God-send for me.

“We also receive excellent after-sales support with the Souters guys, if we ever need anything then we can just phone them up and they’ll help us out straight away.”

Souters Sports put on a royal performance at Queen Ethelburga’s

Top Marks for Etesia from Solihull School
Scroll to top