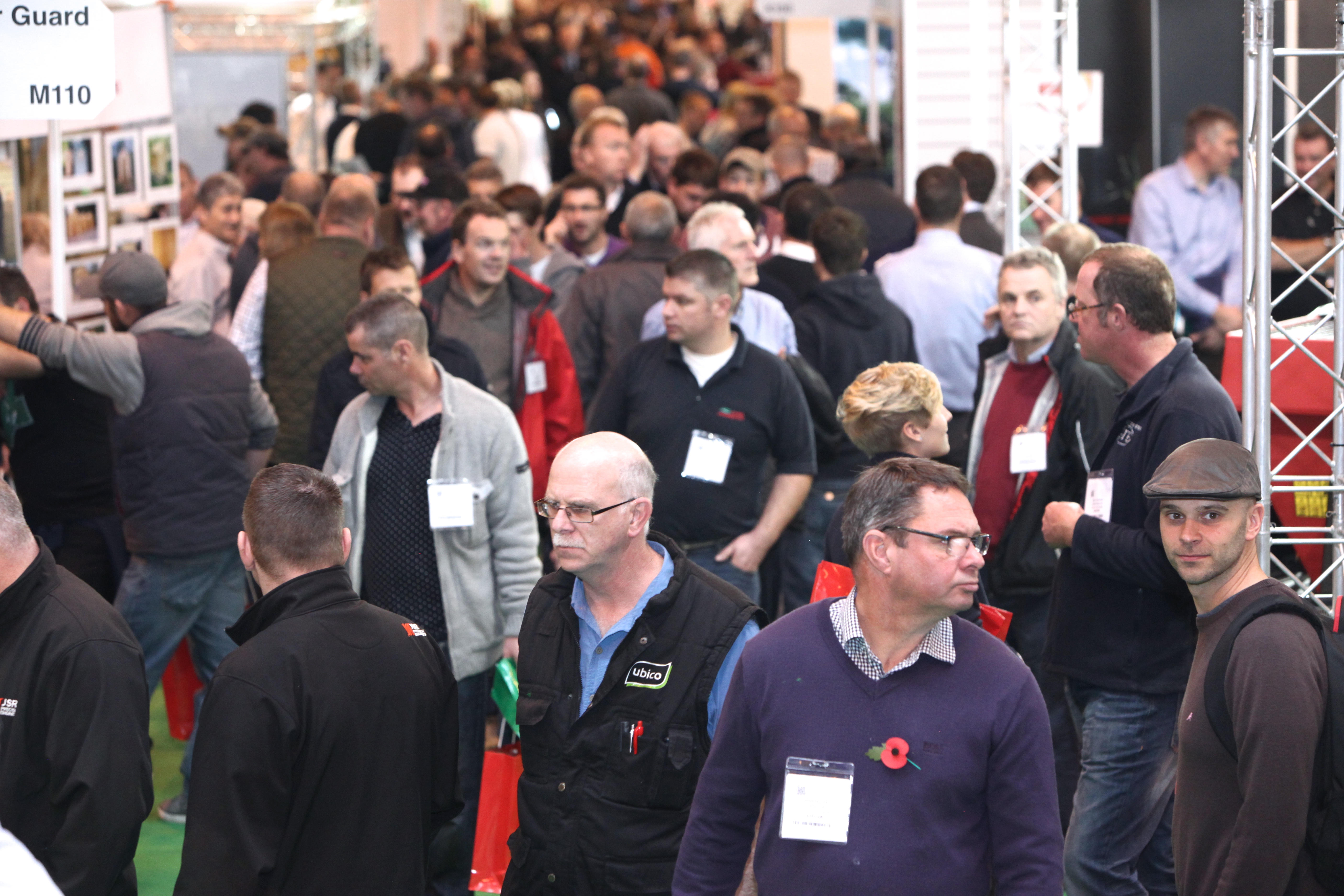 For the third successive year, SALTEX has seen an overwhelming amount of exhibitors re-book their stands. With nearly 200 companies confirming stand space early, the 2018 floor plan already boasts a strong showing of renowned exhibitors, many of which have purchased extra stand space.

GKB Machines is one of those exhibitors that has significantly upgraded its stand. The company, which specialises in innovative maintenance machines for sports pitches, took the decision to increase its presence at the show based on a successful SALTEX 2017.

Operations director Tom Shinkins said: “We’ve been at SALTEX for three years now and each year we have found it a great show to highlight new products and introduce our machines to the market. Off the back of SALTEX 2017 I’ve already been out to do a lot of demonstrations and have sold kit as a direct result of the show.

“It seemed a good idea to grow with the show. You can always guarantee that the one machine you don’t have on the stand is the one that people want to see, so with that in mind we have decided to increase our stand size to further highlight our range of equipment. We cater for both the natural and synthetic markets so SALTEX is a really good show for us because there are groundsmen who look after both surfaces.”

Such was the success of SALTEX 2017, the exhibition is also attracting new companies who have never before exhibited at the show.

Sports Metals, manufacturers of the Extracut-brush™ and suppliers of tines and bed knives, will be a new name on the exhibitor list. This family business consisting of husband and wife, Richard and Jane Jades, has seen rapid growth over the past couple of years and according to Richard, SALTEX is an opportunity not to be missed.

“We visited SALTEX last year, just to get a feel for the place, and loved the show. When you are a small company like us the fact that you can see hundreds of potential customers in the space of two days makes complete sense. With SALTEX being held at the end of October / early November, visitors will be thinking about what equipment and products they need going into the New Year. If I started going round to see all of those customers, it would probably take me until spring and by that time the majority of them would have already placed orders.

“It’s also about industry awareness,” Richard continues. “It is about letting groundsmen know that we have a product that could really make a difference. For the people that have already bought from us – I think it is good for a customer to see us at a show like SALTEX because it backs up their purchasing decision.”

Talurit UK, manufacturers of the GERRO™ COMBI System, which can be used for applications such as playgrounds and sports and leisure equipment, also decided to book a stand at SALTEX 2018 for the first time, based on attending previous shows as visitors.

“We have visited SALTEX to make sure that it would be the right show for us and we came to the conclusion that we will have a good target audience at the NEC for the products we manufacture. We are looking forward to putting faces to customers’ names and also to look at any competition that might be there to see what is new on the market.”

SALTEX 2018 will take place at the NEC, Birmingham on 31 October and 1 November.

Why your company should adopt a social media policy