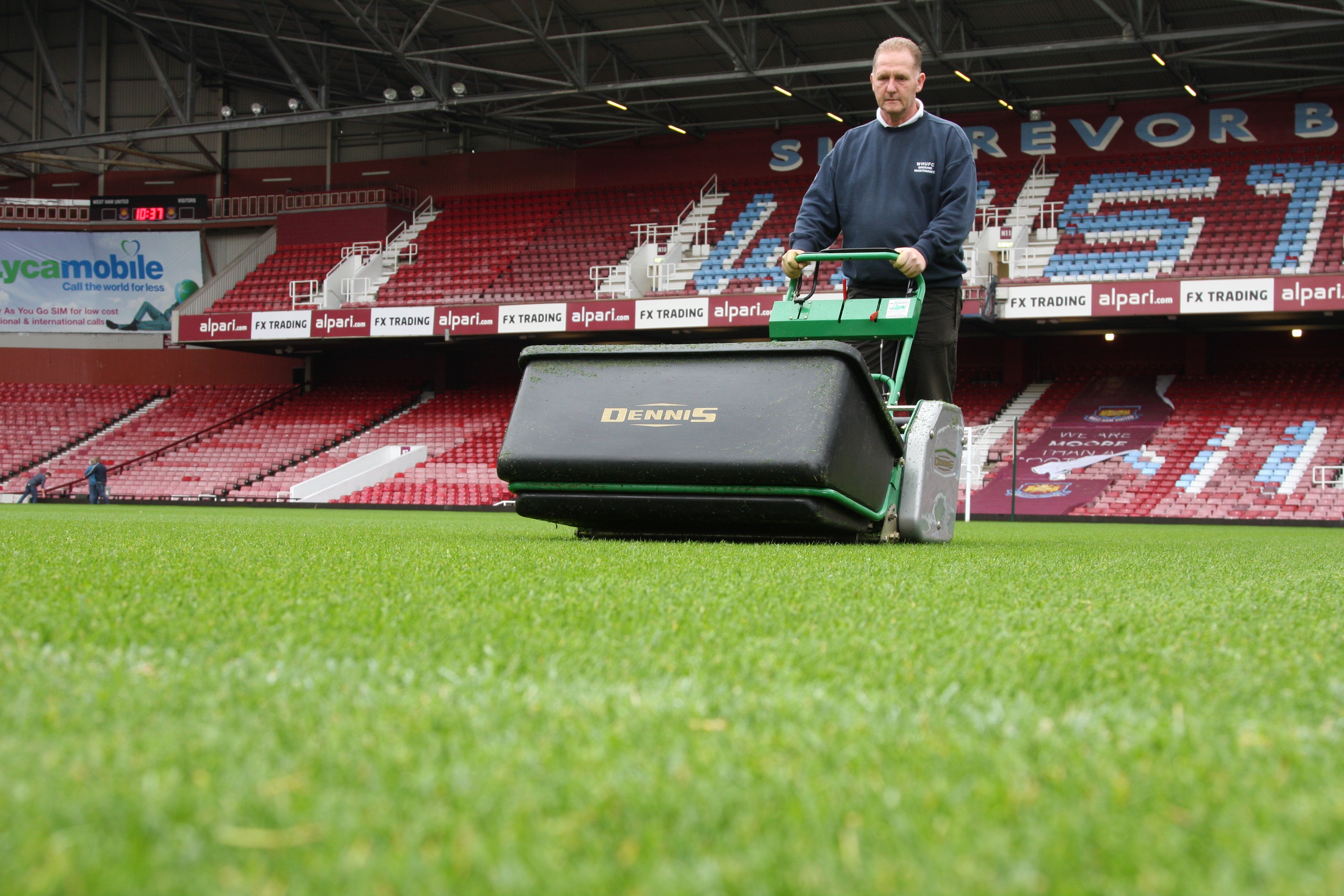 West Ham United FC has been the surprise stand-out performers of the new Premier League campaign so far with a string of excellent opening results. Perhaps less surprising is the pitch condition at Upton Park, which is maintained by two Dennis G860 mowers.

The Dennis G860 is proving to be the number one choice for Premier League groundsmen and with the accolade of being selected as the chosen mower for two consecutive FIFA World Cups; it’s easy to see why football’s finest stadiums are turning to this machine. Versatile, precise and comfortable: The Dennis G860 comes with an extensive range of unique features and benefits. With the interchangeable cassette system; the user has the option of fitting 11 quick changeover cassette including scarifiers, verticutters, brushes, spikers, and slitters as well as 6 or 8 bladed cutter cassettes. The versatility of it is something which West Ham’s head groundsman, Douglas Roberts, is particularly fond of.

“For me, by the far, the best feature on the G860 is the fact that we can adapt the machine and use it with the different cassettes, rather than buy a multitude of different machinery,” he said.

The Desso pitch at the Boleyn Ground, which was laid in 2002, will mark an end of an era, with the club now in its last eighteen months before the move to the Olympic Stadium and Douglas is keeping the ground’s excellent reputation intact with the purchase of two new G860 machines.

“We use the 6 bladed cassettes on the G860’s and we cut the pitch 3 or 4 times prior to match day, just to give it an extra definition of stripe. We’ll also give it a tidy up with a verti-cut and then follow up with the rotary mowers to keep the swards as clean as possible and debris free.

“We always have different events on the pitch close season and that’s when we tend to use the brush cassette more – it really is a fantastic piece of equipment,” he said.

Doug first began using Dennis mowers at the club back in 1998 when he had two smaller FT510 models and is keen to continue using the leading British machinery for many years to come.

“The machines have worked really well for me and Dennis have been great themselves. If we’ve had to make an adaption or change the machine, Robert Jack (area sales manager) is always there and ready to lend a hand or provide the advice that is required.
“I’ve recommended the G860 to lots of clubs, including non-league football teams, just because it suits everyone’s needs. We would certainly buy further Dennis machines in the future,” he said.

Fab 4 for Dennis & SISIS at BTME