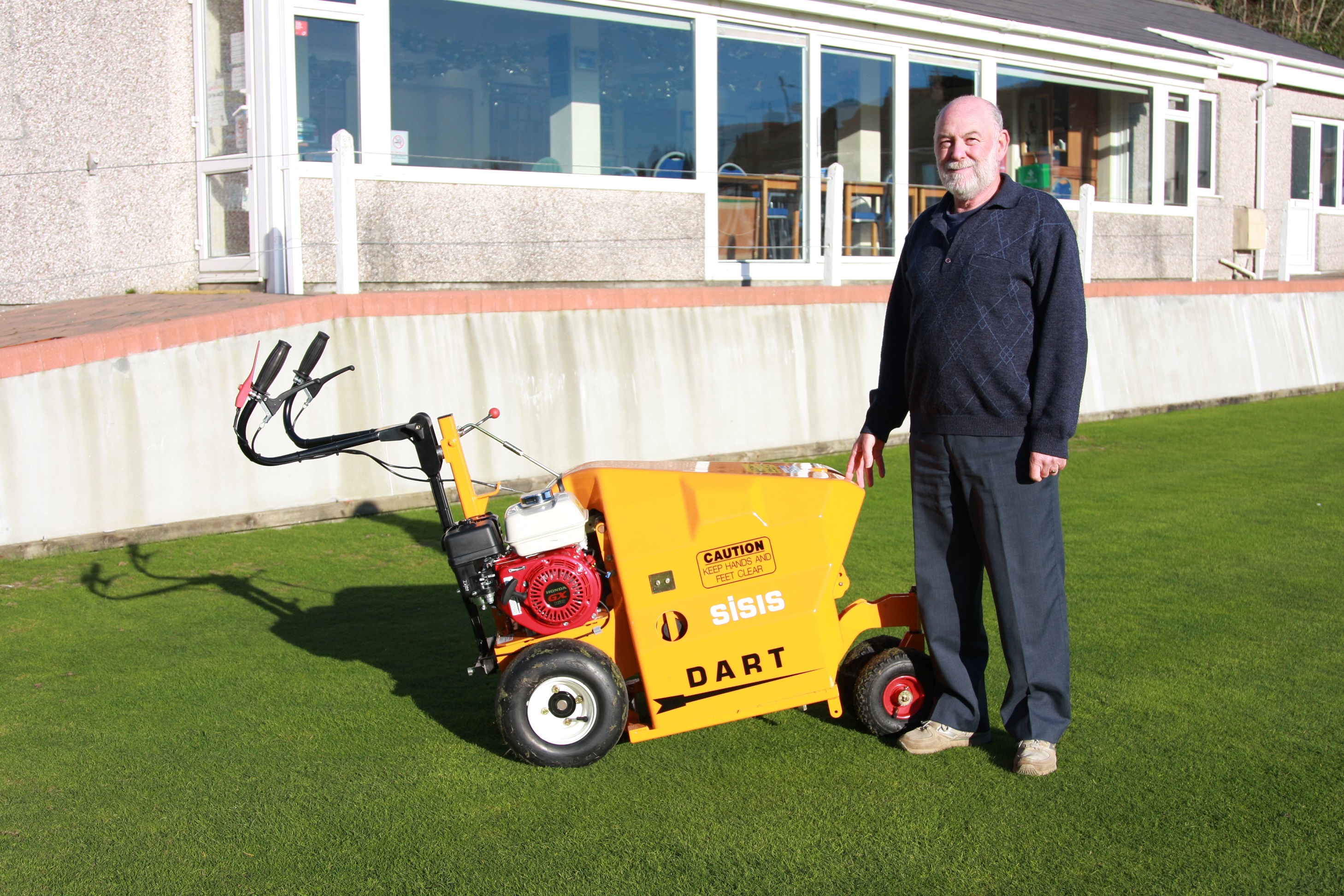 According to greenkeeper, Derek Turner, of Liskeard Bowling Club in Cornwall, the green took “one hell of a hammering” after nearly 200 games. It is for this very reason that he turned to the SISIS Dart to get the green back to its usual excellent standards. Derek has been a member of Liskeard Bowling Club for almost thirty years. He has been on the committee for twenty years and for the last ten years he has been fulfilling the role as greenkeeper. Two years ago he was also elected to be the club’s president which was a fantastic achievement particularly as 2014 was the club’s centenary year. To be president at this monumental period in the club’s history was a great reward for someone who has shown such commitment to his club.

Liskeard has around 100 members with four teams in the local leagues. Those league games combined with club friendlies and county competitions saw the bowling green host nearly 200 games in 2014. As expected, the green started to show signs of wear and tear and Derek knew that his previous machine would not be able to cope with the demands of a green that was used so much.

“It was coming to the end of its life. We open at 10:30am and keep playing till dark; with such usage we needed the machine to really be performing.
“We had it here for 20 plus years and it was getting very difficult to start, it was stalling and it was driving me mad. It just couldn’t cope and it was time to go and get something better,” he said.

Derek found exactly what he was looking for at a local bowls seminar where he saw a demonstration of the SISIS Dart.

“After seeing the machine in action at the seminar, we asked for a personal demonstration at our club and were very impressed. We did have other demonstrations from other companies but I thought they were all too heavy and not very manoeuvrable in comparison to the SISIS Dart,” he said.
The weight of the equipment was something which was extremely important to Derek. As an ex-marine, most machines wouldn’t trouble him but he felt that the lightweight SISIS Dart machine would be of particular benefit to other club members who succeeded him.

“Regretfully we are all getting older in this game and the other models we looked at were heavier. I felt that when I finished the greenkeeping role, no-one else would have had the strength to manoeuvre it around. “The Dart is very light and easy to use. It was also a very good price and these are the reasons why we purchased it,” he said.

The lightweight feature of the SISIS Dart is just one of many benefits the popular machine offers its operators. The independently powered vertical action aerator improves drainage, reduces turf compaction, thatch build up and increases the health of surface. Powered by a 6.5hp engine, the Dart has a working depth of up to 100mm which can be easily adjusted from the operator’s position using the balanced depth control lever. The unit can also be fitted with a wide range of tines to meet the operator’s requirements, something which Derek uses to his advantage.

“We’ve got the slicing tines, the solid tines for autumn and winter work, we’ve got hollow tines that remove plugs of soil from the ground and in summer I use pencil tines, because they do the aerating task with minimal surface distrubance

“All in all they are very well made machines – you can’t get better than the SISIS Dart. I couldn’t recommend them enough,” he said. 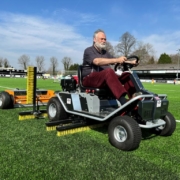