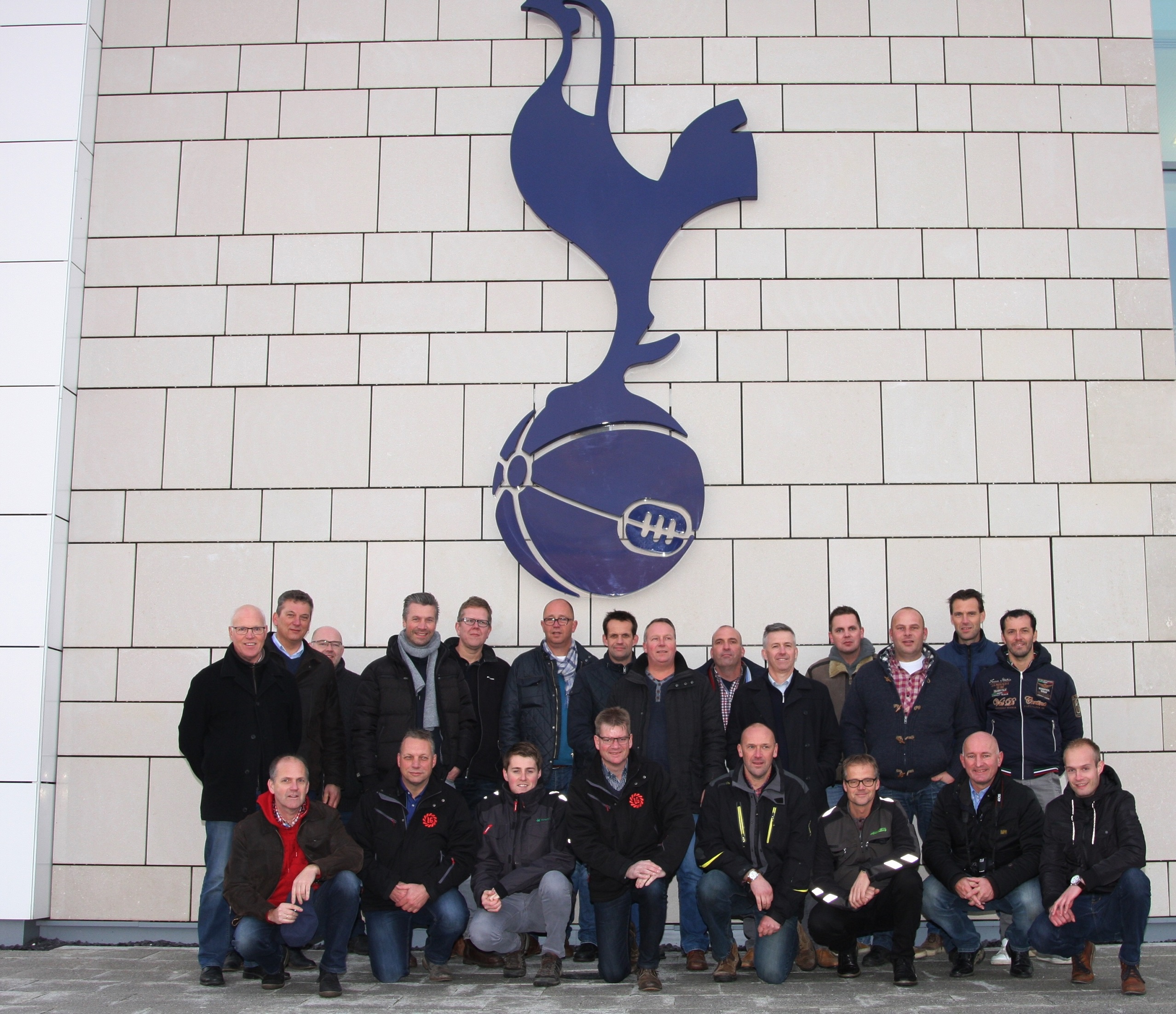 The three day tour began at the Grasslands turf farm in Romney Marsh, Kent – the South’s largest turf grower, where the group had a tour of the farm which has 1,000 acres of turf production.

Its quality turf has graced some noteworthy landscapes such as the Tower of London, the Natural History Museum and the beautiful Kew Gardens.

The second day started at the venue which hosts the world’s most legendary tennis tournament – Wimbledon.

After being shown round by head groundsman Neil Stubley, the group received a behind-the-scenes look at what it takes to put Wimbledon on each year.

The group then made their way to Tottenham Hotspur FC’s training ground in Enfield, where they were met by Darren Baldwin – ‎head of playing surfaces & estates.

As well as showing them round the superb facilities, Darren delivered an in-depth insight into the club’s new unique stadium plans.

The tour was then concluded as the group visited Wembley Stadium on the third and final day.

Job Steunenbprg, Limagrain Holland commercial manager, who helped to organise the trip was delighted with the experience:

“We came to the UK to learn more about amenity grass, and if you look at Wimbledon and Tottenham – they are two of the best venues in the world. I think the maintenance of the pitches we see here in the UK is on such a high level, which we don’t quite have in Holland yet. The UK is the centre of the amenity world so visiting these two venues really was an eye-opener.

“We brought with us a number of clients from all over Holland who work in amenity. It’s been a great trip and has helped strengthen our relationship. I think it is very important that we show our clients how certain things are done – that they are in fact possible. In Holland there are so many artificial pitches because people think it is an easier and cheaper option – but it really isn’t. I believe that this trip showed exactly how to get the very best out of turf.”

Commenting on the successful tour, Matt Gresty – amenity sales manager for Limagrain UK said:  “We were delighted to host a group of Dutch turf professionals and colleagues to show them some of the world class facilities that we have in the UK and are privileged to work with.

“The group were extremely impressed by the standards of groundsmanship and the attention to detail of both. Overall, it was a very successful event and I’d like to thank Neil and Darren for their time and expertise, and also Simon Baxter from Grasslands who gave us a tour of the stunning farm.”