Limagrain UK, part of Group Limagrain, a plant breeder and fourth largest seed company in the world, has joined forces with Troop Aid; the UK’s only charity committed to providing injured soldiers with the essentials they need.

To commemorate the 100 year anniversary of the start of the First World War, Limagrain decided to offer two flower mixtures using the iconic Red Poppy Flower and a mixture of Red Poppy and Red Flax. The mixtures create a fabulous show of vivid red flowers providing a fitting and poignant display to our fallen heroes. It serves as a powerful reminder of the great sacrifice made by British and Commonwealth people during WW1. 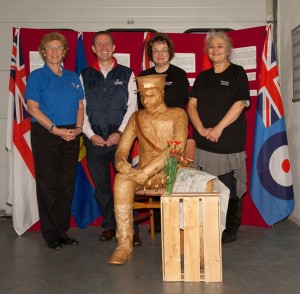 The flower mixtures have been widely popular and purchased by a diverse range of customers including golf clubs, landscapers, music festivals and local communities; each wanting to use poppies for their own commemorative reasons.

“With the 100 year anniversary of the start of WW1; we wanted to have a product to commemorate it. We wanted Limagrain to give something back to the armed forces and thought what better way than to donate to a worthy cause? For every pack of seed sold, we made a donation to Troop Aid,” said Matt Gresty, Amenity Sales Manager for Limagrain UK.

Troop Aid was founded by Al and Pam Sutton and three ex-servicemen in 2006. Following a trip to Selly Oak Hospital’s Alexandra Wing in Birmingham, the founders discovered that when injured troops return home from war zones, they often arrive back without their personal effects or clothing. As a result, Troop Aid’s Grab Bags were born, containing essentials such as a toothbrush, toothpaste, razor, deodorant, towel and clothing.

What started as a ‘good turn’ eventually blossomed into a fully operational charity. To start with, the Grab Bags were prepared in Al and Pam’s home for three years before it became a registered charity. His Royal Highness the Prince of Wales is now the patron of Troop Aid and just this year the charity received The Queen’s Award for Voluntary Service, plus the Chief of the Defence Staffs Commendation for rare and exceptional service to the military community.

“We wanted to work with a charity who perhaps do not get as much publicity or coverage as some of the other national charities. Living in Birmingham myself, which is where Troop Aid is based, I had heard of all the amazing work that they were doing for the injured troops. 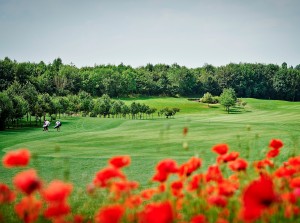 “These servicemen and women have absolutely nothing when they return and the Grab Bags are such a fantastic and dignified item to offer them. It’s nice to see that Troop Aid is really starting to be recognised; I don’t suppose Prince Charles puts his name to everything that comes across his desk. That just goes to show what great work they do,” said Matt.

Commenting on the partnership with Limagrain, Troop Aid Secretary Pam Sutton said: “We are extremely grateful for the donation from Limagrain; the commemorative flower mixture is beautiful and very fitting. We love working with new companies and working with a company like Limagrain is a new venture for us – I’m very excited.”