Here are some of the worst PR misconceptions:

“For years people have equated public relations with ‘spin’“, says Jane Wilson, CIPR CEO. “Taking the truth and representing it in a way that suits an agenda.” Wilson says that although PROs craft messages, the aim is not to tell people that up is down or that black is white, but to build understanding and trust, which can only be achieved if the activity is transparent, honest and engaging.

2. PR is all about media relations

Jane Wilson also argues that the idea that public relations is all about controlling or talking to the press is history. She explains: “It may have been the case, when most information was distributed through print and broadcast media, that media relations was the dominant skill in public relations, but no more, and anyway, public relations has always consisted of much, much more than that. Public relations looks after reputation with the aim of earning understanding and support. It is a planned and sustained effort to establish and maintain goodwill and mutual understanding between an organisation and its publics.” 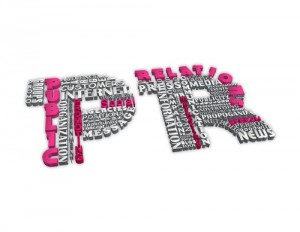 3. You need to have great contacts

A misconception among PROs is that their personal relationships with key journalists should be one of their biggest selling points says Stephanie Dunleavy, founder of PR consultancy Straight Message. Dunleavy explains: “Using ‘good contacts’ as a key strength when pitching for new business can be misleading, because it’s not clear what warrants a strong connection. Is it a journalist the PRO has met, or corresponded with in email? Every PRO has communicated with journalists in some way, so does that mean every PRO has good journalist relationships? PROs deal with journalists so often that firm connections should be something clients expect, and not a unique selling point.”

4. You must always do what clients want

Clients want coverage, but if they haven’t got anything interesting to say, it is up to PROs to tell them this. Simon Turton, owner of agency Opera PR, says that for him, stories need to pass the “so what?” test and he thinks PROs need to ask this question much more. He adds: “Of course, for agencies with clients that have deep pockets I am sure it is all too easy to do whatever the client wants, but this means that press releases get issued that contain no useful information whatsoever.”

5. Research is not vital for PR

Dr Peter Levantis, principal medical writer at medical communications agency Inspired Science, fights one myth that, during a recession, you should cut the research budget: “‘Providing the right message, at the right time, to the right audience,’ still holds true for the understanding of the role and value of science to the economy today. Delivering not only scientific data with accuracy, but also the potential industrial benefits new research brings, is of even greater importance at the present time.”

There is no doubt that social media is an exciting arena for PR, and Twitter is a key way for PROs to communicate. But PROs should also remember that as popular as Twitter is, not everyone uses it. And, shocking though this may seem, some people never even go on Facebook. So social media may be exciting to you, but it may be of little interest to particular audiences you need to reach. Sometimes, the old ways are the best.

One irritating PR myth that is held outside of PR is that, as Christina Cran, owner of Cran Communications puts it: “That those working in PR all sit about drinking wine and lunching all day!” As if!

Another outside view of PR is that is it full of unscrupulous publicists who will stop at nothing to get their way. Cornelius Alexander, media relations manager at the London Probation Trust, blames the PR industry partly for not busting this myth, as he finds it so irritating: “PR is poor at promoting or defending itself, so myths are all the public know about PR. The unethical publicist is my number one peeve.”

*Quotes taken from wwwprmoment.com. PRmoment.com is the online magazine for the PR sector.